A most generous cup 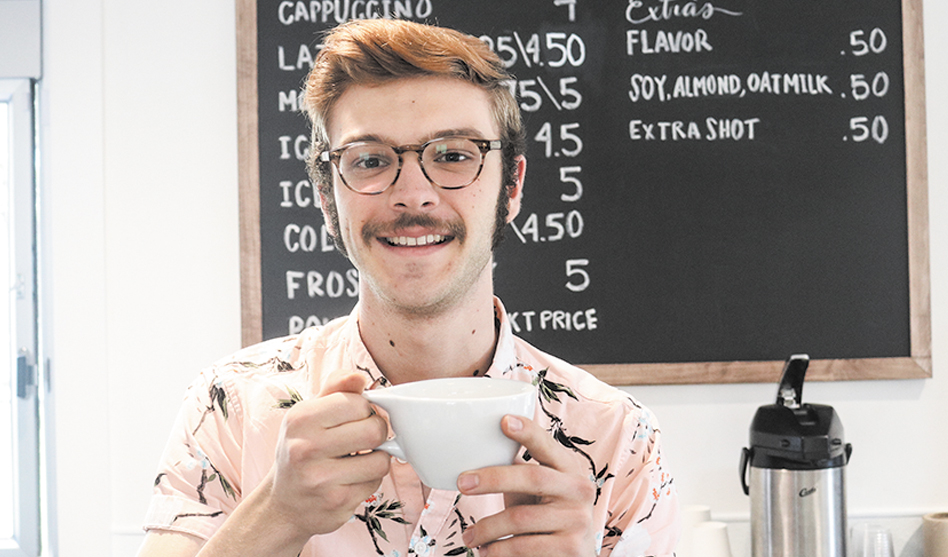 Barista Will Carleton at Union Coffee

Cedar Springs Road now has an amenity it’s been missing for years — a coffee shop. Oak Lawn United Methodist Church has opened Union Coffee in an historic building next to the church, facing The Centrum.

Union Coffee has been around since 2012. And the Rev. Rachel Baughman has talked about converting the building to house the coffee shop as a mission of the church since she arrived at Oak Lawn UMC. And the church’s board was interested even before her arrival. 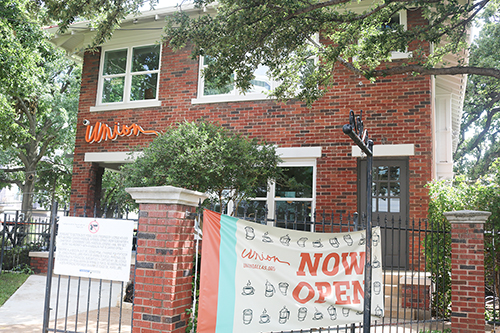 Since its founding, Union Coffee has been pouring its profits back into the community. Its first cause was to raise money to provide 7,000 meals and 60 volunteer hours for the North Texas Food Bank.

In 2013, Union Coffee raised more than $5,000 in disaster relief money after Hurricane Sandy.

The old Union Coffee location on Dyer Street closed in December 2017. Despite an absence of a year-and-a-half, the coffeehouse’s former customers have begun to return.

The location is on church grounds in a building that Josh Runnels, director of operations, said most people think was originally the church’s parsonage.

He said the two-story building was built in the 1920s, and the church acquired it sometime before World War II when it served as a bait and tackle shop, presumably for people venturing to the outskirts of the city to fish along Cedar Springs (which used to flow above ground) and in Turtle Creek.

The building has been used more recently as a community center for some of Oak Lawn UMC’s ministries. To make room for Union Coffee, those ministries have moved into the main church building, although Runnels said some of those them are talking about moving back into the coffee shop to meet.

The exterior of the building has been kept intact with an outdoor deck added on one side. The interior is new. The structure wasn’t altered, but the finish-out is modern, and the décor is mid-century modern. 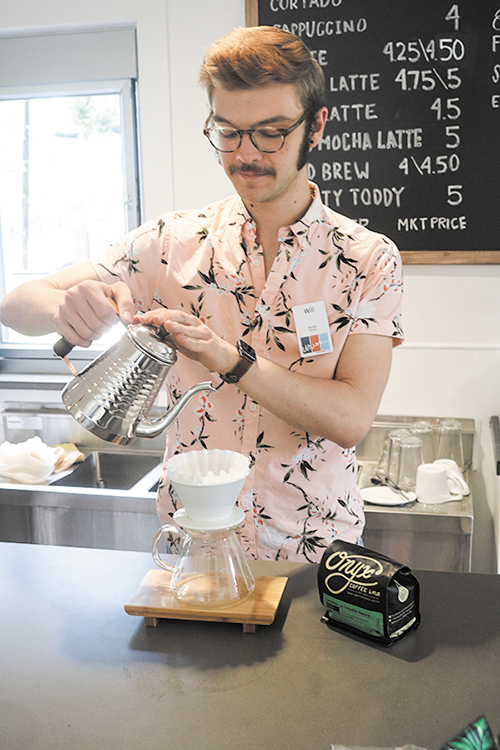 Dogs are welcome with their owners on the patio.

“We’ve given out lots of bowls of water,” Mike Baughman said.

He pointed out the tree covered lawn that’s now open to the public and accessed from the patio. He was proud of the space being one of the few properties in Oak Lawn that still had oaks and lawn.

The opening of Union Coffee next door to Oak Lawn UMC couldn’t have come at a better time, since the church has opened its doors as a sort of way station for people seeking asylum on their way to sponsors or family.

The church has opened what Runnels described as a resource center with clothing, toys, car seats and more for people traveling from the border to other parts of the country.

Rachel Baughman describes her church as a welcoming hub or respite center operating in conjunction with the city and Dallas Responds.
On the website DallasResponds.org, the church keeps a list of items needed as well as donation don’ts. Donations can be made Monday through Saturday, from noon until 6 p.m., at Oak Lawn UMC. Also listed are volunteer positions that are open.

Rev. Baughman said the church received a busload of “fully-vetted” asylum seekers “with legal status” that they welcomed, but “Then everything stopped.”

No one else has been released.

So earlier this week, Baughman organized a prayer vigil attended by about 150 pastors at ICE headquarters on Stemmons Freeway near the Highway 183 split.

She said she’s hoping more asylum seekers will be released from the border and that the church can help them as they travel to begin their new lives in the U.S.

Meanwhile, Runnels said Union Coffee is off to a great start. He said the coffee shop is once again becoming a place where someone can just come in for a cup of coffee or can connect with a ministry.

Kuneo is a worship community that meets at Union Coffee Tuesdays at 7:30 p.m. that Runnels described as conversational and experimental for “church refugees.”

Sunday night Studio, at 7 p.m. each week, targets young professionals and people in theater and the arts. The meeting includes artistic performance but has “recognizable elements of a church service.”

For someone there during an organized event who doesn’t want to participate, there’s the outdoor patio and other spaces in Union Coffee where they can sit and not be disturbed.

Runnels described Union Coffee as a place where there’s always someone there to listen.

“There’s no agenda,” he said, “but we always want to know people’s stories.”

Runnels said Union Coffee is always open and affirming, and that although the United Methodist Church is still struggling with its position on same-sex marriage and LGBT clergy, “there’s no wrestling at Union Coffee.”