A harsh lesson in the reality of COVID-19

For Tony Green, the coronavirus pandemic was just a ‘scamdemic’ — until truth hit home hard 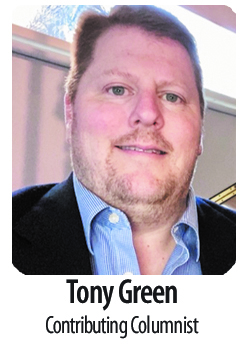 EDITOR’S NOTE: Tony Green contributed this article as a guest columnist. Contrary to reports by some media outlets, he is not a Dallas Voice employee, and he was not paid for this column.

Imagine the sound and vibration of an old-fashioned electric heater going through your whole body. Imagine gasping for air with every step you take. Imagine rubbing Icy Hot all over your head to soothe a painful headache. Imagine your eyes in a bowl of water while you’re still seeing through them. Imagine collapsing and waking up in the ER only to find out COVID-19 attacked your central nervous system, and the doctor had just saved you from a stroke.

If that were the worst of it, it would be bad enough. But that’s not the worst of it. This is the story of one family’s harrowing fight with COVID-19.

Full disclosure: I am a gay conservative, someone that often juggles persecution for my sexuality while being true to my values. Such a combination requires a lot of tenacity to earn respect from either group.

I admit I voted for Donald Trump in 2016. I admit traveling deep into the conspiracy trap over COVID-19. All the defiant behavior of Trump’s more radical and rowdy cult followers, I participated in it. I was a hard-ass that stood up for my “God-given rights.” 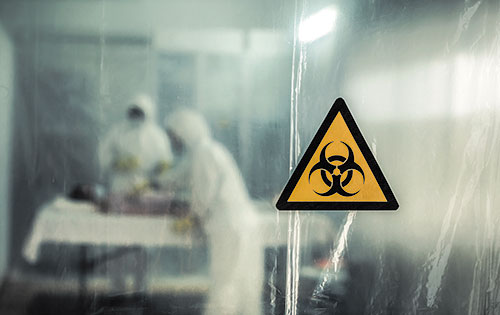 In great haste, I began prognosticating the alphabet soup about this “scamdemic.” I believed the virus to be a hoax. I believed the mainstream media and the Democrats were using it to create panic, crash the economy and destroy Trump’s chances at re-election.

And so, believing the pandemic to be a hoax, my partner and I hosted family members on Saturday, June 13. On Sunday, June 14, I woke up sick.

By Monday, June 15, my partner and my parents were all sick. That same Monday, my in-laws traveled to witness the birth of their first grandchild. They took with them my father-in-law’s mother and one of my partner’s sisters. That night my father-in-law became ill. Then my mother-in-law and their daughter began feeling sick. So they cut their trip short.

Two days later, my father-in-law’s mother got sick. The new mommy and daddy got sick, too. We all tested positive for COVID-19. Only the newborn was spared.

My father-in-law and I both went to the hospital on June 24. The virus had attacked my central nervous system, and the staff stopped me from having a stroke.

My father-in-law’s mother was admitted a day later. On July 1, she died of COVID-19/pneumonia. The chaplain wanted the family to break the news to my father-in-law, and he learned how his mother lay on her deathbed and then drifted off without any family by her side, even though he was in the room next to hers.

On the day of her funeral, which was July 14, five more of our family members tested positive for the virus. That evening, my father-in-law was put on a ventilator.

You cannot imagine the guilt I feel, knowing that I hosted the gathering that led to so much suffering. You cannot imagine my guilt at having been a denier, carelessly shuffling through this pandemic, making fun of those wearing masks and social distancing. You cannot imagine my guilt at knowing that my actions convinced both our families it was safe when it wasn’t.
For those who deny the virus exists or who downplay its severity, let me assure you: The coronavirus is very real and extremely contagious. Before you even know you have it, you’ve passed it along to your friends, family, coworkers and neighbors.

And now, husbands, wives and children are being separated. The sick are taking care of the sick while those without symptoms are self-quarantining. I am aware of how my bias could discredit me with some, but trust me, you do not want this virus. And you do not want your loved ones suffering and dying from this because you are taking a “political stand” or protecting the economy over their lives.

We are all at the precipice of a common heartache.

The next time you’re put out because your favorite spots are closed or because they won’t let you enter without wearing a mask, and you decide to defy them rather than comply because you’re defending your rights and freedoms from being trampled, just remember: Your family and friends may be next.

Is that too harsh? Try imagining someone you care about on life support. Try being the one to pick the only 10 people allowed to attend a funeral for a loved one. But don’t fret; you’ve got time to ponder, because the mortuary is booked out for at least a week.

Now imagine one more thing: That pool party, the mixer or family reunion you’re pushing for resulting in you being cold and alone in a hospital bed, fighting for your life. Imagine the only human contact you feel is a stranger’s rubber glove giving you medication, checking your vitals and changing your diaper.

That is exactly what has happened to our family.

America, this is not going to go away without sacrifice. Either way, we are going to pay a price. Governments are faced with making difficult decisions, and they cannot appease and satisfy everyone.

But to do nothing is to be foolish. To ignore or question the validity of this virus, its contagiousness or the consequences of selfish attitudes is — at this stage — completely stupid.

I am calling myself out first, but now this is personal, and I fell on my sword. And I promise you, if we continue being more worried about the disruption to our lives than we are about stopping this virus, not one American will be spared.

Tony Green is a consultant and cultural transformation coach to prisons and inmates in four states, a lobbyist for reform and the author of Maxed Out: The Criminal Justice System Running Amok.