A gay soldier’s story of Vietnam and after 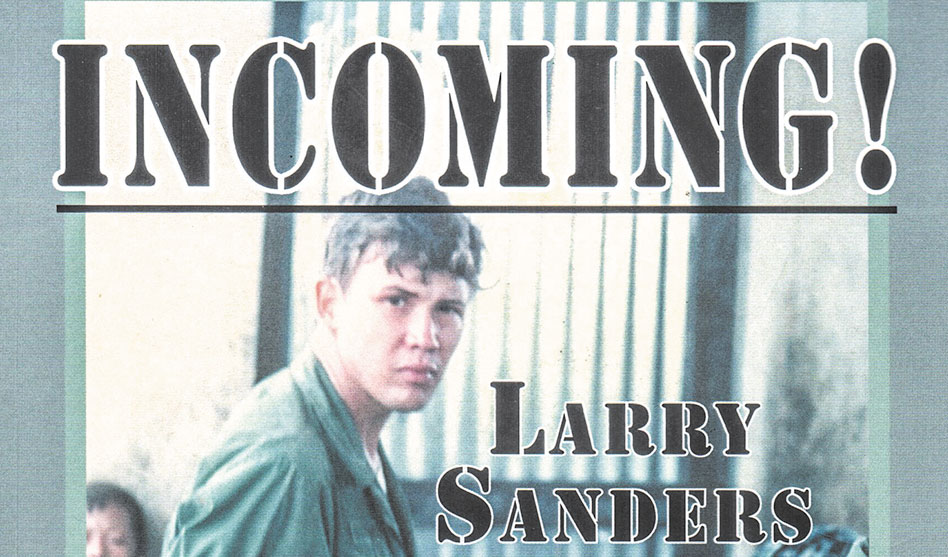 Larry Sanders writes about serving in the army, where he could have been arrested for being gay during a very unpopular war

The day Larry Sanders registered for the draft, one question buried in the middle of a long questionnaire smacked him in the face: “Do you identify as a homosexual or ever had sexual feelings for persons of the same sex? __YES __NO.”
Sanders, who had just turned 18, lived in Arkansas. He noted there was no “maybe” or “unsure.” Just “yes” or “no.” Come out to the U.S. government or lie.

He knew that one little box could change his future. If he said yes, would he be arrested? At the time Sanders registered for the draft in 1967, no one was clear about what happened to someone who admitted being gay. 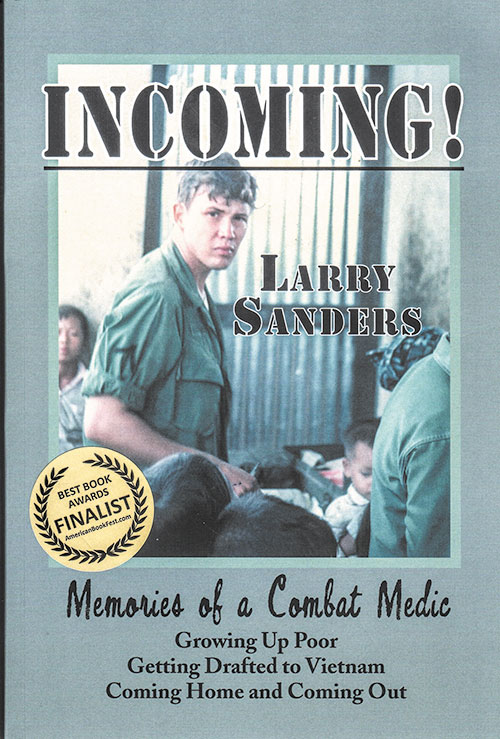 When I registered for the draft just a few years later, I was told not to say I was gay, because they would make you prove it. How does someone not dating anyone “prove” they’re gay? Well, I had a student deferment anyway, but Sanders decided to simply lie — although not completely.

He didn’t really identify as homosexual. Had feelings? Sure, but he was young. He wasn’t sure what those feelings meant.

Within weeks, Sanders was drafted and sent to basic training, then on to training to become a medic. By the end of the year, he found himself in Vietnam, getting there just weeks before the beginning of the Tet Offensive that escalated the war — and the anti-war movement at home.
Sanders, now a Dallas resident who’s been with his husband for more than 40 years, took a writing class at a Dallas County Community College, and he wrote a short story for that class about arriving in Vietnam on the eve of the Tet Offensive.

He thought that would be it. But the next day, he wrote another story. Then another.

His collection of stories eventually grew into his newly-released book Incoming! Memories of a Combat Medic Growing Up Poor Getting Drafted to Vietnam Coming Home and Coming Out.
Like other Vietnam vets, Sanders didn’t feel welcomed by the folks at home when he came back at the end of his tour of duty. And as a gay soldier, he didn’t particularly relate to those who served with him.

So, for close to 50 years, he didn’t talk about his experience in Vietnam very much.

He said while he doesn’t particularly feel as though he has PTSD, he has suffered from nightmares for years. Some of his bittersweet stories explain how he survived his year in Vietnam.
“My ‘Go Dau Ha’ Puppy” tells of the dog he adopted but then had to leave behind when his tour of duty ended. How could he bear to leave behind the dog that got him through the last few months of war? He writes that he looked her in the eye and told her he’d never forget her, then left her with a Vietnamese family.

But how could he leave his dog, I asked again. He answered, he just had to get out of there.

Other stories in the book are very short and simply describe a feeling. “The Smell” is one of those.

“There is a smell to death,” Sanders wrote. “It’s difficult to describe. You know it when you smell it. You want to run. You hope you never smell it again.”

The memory of the smell of death has haunted Sanders for years, but he brilliantly describes it in just five short paragraphs.

And what about being a gay soldier in an army that forbade it? He said for his year in Vietnam, he mostly put that aside as a way to survive.

And survive, he did. He survived; he came home; he came out. Sanders earned his college degree on the GI bill, moved to Dallas, became an art director and met his husband. Then he and his husband opened a store in Deep Ellum.

But just when he finally was beginning to feel safe again, the AIDS crisis hit.

Sanders refers to those early years of the AIDS pandemic as his “second Vietnam.” In 1991, his best friend had just died. “People were dying all around us, and no one knew who would be next,” he writes. “It felt like Vietnam all over again.

Incoming! by Larry Sanders is available at Amazon.