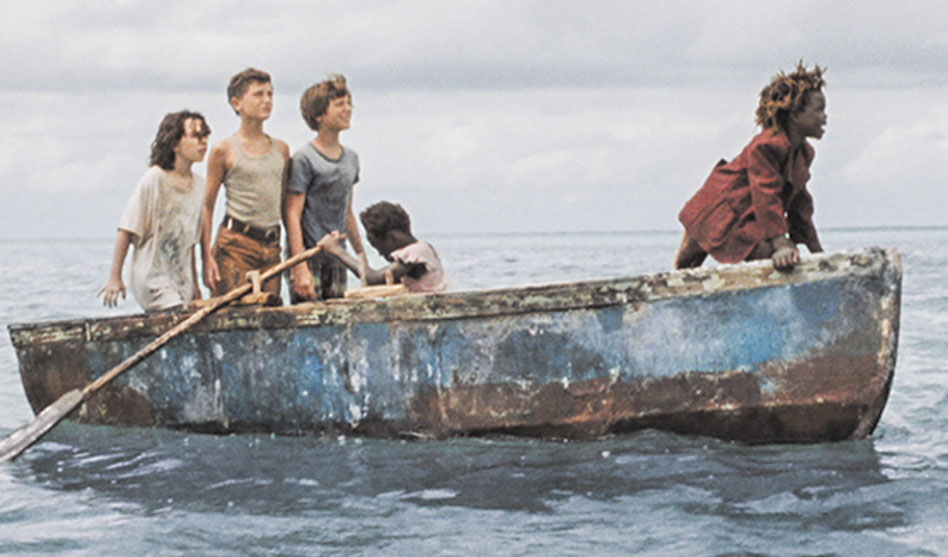 Feral children travel to an island where they never grow up in the ‘Peter Pan’ redux ‘Wendy.’

Adulting intrudes on childhood spectacularly in ‘Saint Frances’ and ‘Wendy’

I considered skipping the new film Wendy for one reason: I have reached an age where I was not certain I could tolerate one more iteration of Peter Pan. From the Disney animated version to Hook, the Dallas Theater Center musical Fly, Peter and the Starcatcher, Finding Neverland… enough already! Can’t anyone find some other public domain property to exploit and explore?

One reason for my resistance is too many adaptations seem to miss the inherent darkness of the plot, thinking it to be a children’s story. But consider: What kind of boy doesn’t grow up, and lives in a place called “Neverland?” That’s death, folks. And the adult Capt. Hook, stalked by a predator whose harbinger of his approach is the ticking of a clock? Well, could any metaphor for the Grim Reaper be more on-point?

But I’m so glad I didn’t skip Wendy, because it feels like the tale has finally found its best new life. Behn Zeitlin, the director and co-writer, has broken its code by refracting adult angst about getting older through the prism of a childhood fantasy. This Peter Pan isn’t for — or even about — kids anymore than Fellini’s 8½ is.

It starts in a lazy diner somewhere in the south. The Darling children — twins Douglas and James, and baby sister Wendy (Divine France) — dream of life beyond their truckstop. One night, seeing a mysterious figure scampering over a locomotive, they leap onto the moving train and embark on their awfully big adventure.

The kid who lures them is Peter (Yoshua Mack), a tiny black boy with a face that shows experience. He takes them to a magical island where the children never age… at least until they stop believing in Mother, the enchanted undersea creature whose glowing light preserves them.  They live a carefree but feral existence, that doesn’t really seem to make sense; we never see them eating or drinking, and they resist too much introspection. Sadness can change them from children to old folks. Indeed, when that fate befalls one of their crew, the plot takes a big twist… or maybe it’s better to call it a hook.

Zeitlin’s last film was the similarly-themed Beasts of the Southern Wild, and he revisits it stylistically as well: He prefers a jumpy, cinema verite style into which he seamlessly integrates gorgeous, naturally-seeming visual effects. He aims for a certain poetry of storytelling reminiscent of Terrence Malick, only with children.

And what children. France is a potent actress full of fire and charisma. Her persona contrasts spectactually to Mack, whose intense eyes and demeanor give him a mesmerizing quality. They are perfect instruments through which Zeitlin comments on the need to grow up, to age, to come to terms with adulthood and even death. Because that’s what life is all about. 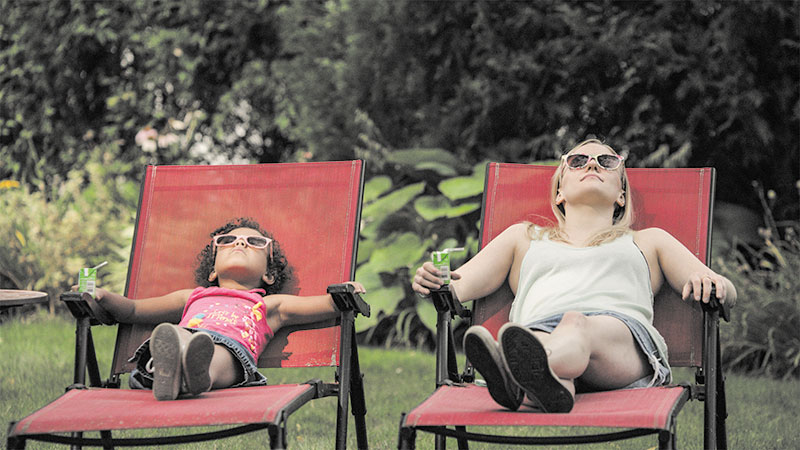 ‘Saint Frances’ is an unlikely buddy pic between a 6-year-old and her nanny.

Bridget is the kind of screwed-up millennial who’s both charming and frustrating — suffering from her own version of Peter Pan syndrome. Already in her mid-30s, she behaves like a 20something — temp jobs, one-night stands, an almost allergic reaction to responsibility. She’s also funny and honest (too honest), someone we all recognize as a hot mess but whom we are pulling for. So when she lands, against all odds, a gig as a nanny to 6-year-old Frannie, it seems like she may finally be growing up.

She certainly has been adulting a lot lately. She gets pregnant, and quickly terminates it, but continues to experience bleeding. The lesbian couple who are Frannie’s parents zing her with passive-aggressive putdowns, though truthfully, she deserves most of them. “Would you have preferred never to have been born?” Bridget’s mother asks? She thinks about it, but her answer is “no.”

And therein lies the goody-sweet appeal of Saint Frances — a movie partially about abortion that’s mostly a comedy, with a loveable loser as its lead. Kelly O’Sullivan, who plays Bridget, also wrote the screenplay, which gives the dialogue a lived-in quality — and not just when she’s speaking it. Max Lipchitz as the schlubby good guy who fathers her child has a winsome likeability, and Charin Alvaraez and Lily Mojekwu as the high-strung moms hit their marks. But if anyone upstages O‘Sullivan, it’s Ramona Edith Williams as the incorrigibly adorable Frannie — precocious but never cloying, her spirit unites the themes of parenthood expertly but subtly. They make a terrific team for this unlikely buddy picture.

The Hunt could benefit from growing up itself. On the surface, it’s a fairly pro forma horror pic in the vein of The Hunger Games or The Purge: A dozen strangers given a few weapons who need to run while unseen people stalk them as prey. But the gag is that it’s a satire: Liberal elites are hunting down right wing conspiracy nuts who post fake news and defend gun rights… well, how do they feel about the Second Amendment when they are the targets?

The problem lies in its message, which is muddled and confusing. Is the film anti-cancel-culture… but pro-violence? Do the hunted deserve what they get… or does this only prove they are right? The film is at both its best and its worst when it spouts off talking points ironically: crisis actors, deplorables, politically-correct tropes of all kinds. It lacks subtlety, but there are laughs. The problem is that we “get it” and the film overstays its welcome… although an explanatory flashback about an hour in actually succeeds in undermining our precepts and expectations. Ultimately, though, it’s hard to know how to feel at the end. Ambivalence is one thing, but that’s not the same as trying to have your cake and eat it, too.