A community in hiding 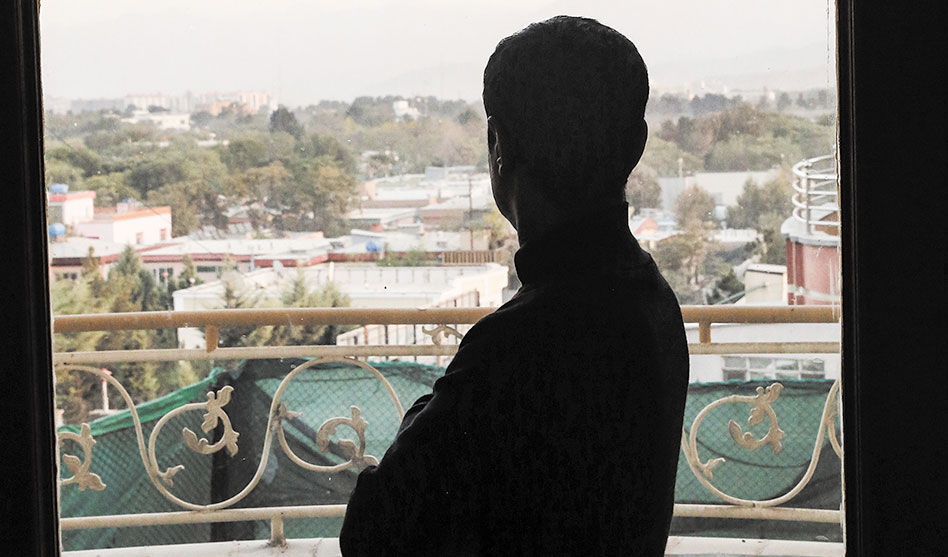 In this photo from 2016, Rameen, a young gay Afghan, poses with his back to the camera in Kabul, Afghanistan. To be homosexual in Afghanistan is to live in fear, and with the Taliban having retaken control of the country and the U.S. having withdrawn its forces in the last two months, the danger is even greater now. (AP Photos/Massoud Hossaini)

Hundreds, perhaps thousands, of LGBTQ Afghan citizens who dared to take modest steps toward living openly when their country was under the occupation by and influence of a more tolerant “western culture” are now literally hiding in closets, ditches and abandoned houses to avoid summary execution by Afghanistan’s new governing force, the Taliban.

That’s what Nemat Sadat, an Afghan-born gay activist and American citizen, said this week about the plight of LGBTQ people in his homeland. His concerns have been largely echoed in news reports from a wide range of independent media and organizations.

The U.S. State Department issued a statement Sept. 2, saying that, while the U.S. has withdrawn all U.S. personnel from Kabul, it would use “every diplomatic, economic, political and assistance tool at our disposal to uphold the basic rights of all Afghans.”

But the potential for LGBTQ Afghanis getting U.S. help appears bleak because, in order to apply for asylum, an Afghan must first get out of Afghanistan.

On a special U.S. State Department web page entitled “Afghanistan Inquiries,” the State Department says, “Individuals who believe they are being persecuted or who fear persecution in their own country and have managed to flee to another country should follow procedures to seek asylum with local/national authorities. Such individuals can also seek assistance from the United Nations High Commissioner for Refugees (UNHCR). UNHCR’s immediate focus is to ensure that Afghans who are seeking safety can reach it, including across borders and into neighboring countries if needed, and that they can receive assistance to meet basic needs.” 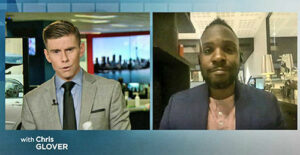 The United Nations Security Council on Aug. 30 passed a brief resolution, urging the Taliban to “adhere to” its commitments to allow Afghans to “leave Afghanistan anytime … with no one preventing them from traveling … .”

But Twitter posts from various LGBTQ Afghans in the past several days indicate as many as 350 LGBTQ Afghans have sought evacuation from the country, for fear of being executed by the Taliban, yet “none have been airlifted out.”

Sadat has created a petition on Change.org to ask the U.S. government to “assist in the safe passage of LGBTQIA people who need to flee Afghanistan and seek refuge by providing humanitarian visas that allow them to leave the country.” As of Tuesday morning, Sept. 7, it had at least 374 signatures.

In his petition, Sadat said LGBTQ Afghans are facing an “existential threat under the Taliban.” He said there are reports that some people are identifying LGBTQ people to the Taliban to win “social credit” and that the Taliban has conducted house searches for LGBTQ people.

Sadat says “nearly 800” LGBTQ Afghans have sought evacuation by the U.S. State Department but that, “to date, nothing has happened.”

While Sadat did not provide any documentation for his claims, independent reports from various news organizations and groups around the world seem to support his assessments. Agence France-Press reported Aug. 18 that a confidential United Nations document indicates that the Taliban has started conducting door-to-door searches to arrest people on their priority lists.

Reuters news service, which also saw the classified report, said it indicates that the “Taliban are intensifying the hunt-down of all individuals and collaborators with the former regime and, if unsuccessful, target and arrest the families and punish them according to their own interpretation of Sharia law.”

A UN press release Aug. 6 quoted Deborah Lyons, special representative of the secretary-general and head of the United Nations Assistance Mission in Afghanistan, as saying she is receiving reports of “from Taliban-controlled areas of summary executions, beatings and clampdown on media.”

In an article posted Aug. 21, just six days after the Taliban took control of the Afghan capital of Kabul, the Business Insider quoted two gay men in Afghanistan as saying they feared the Taliban would kill them if the Taliban found out they are gay. Each man was identified with a fictitious name to protect his identity.

The British gay magazine Attitude on Aug. 26 published an interview with a young gay man in Afghanistan who said the Taliban took his boyfriend from his home, “beat him and beheaded him.”

“The Taliban said this is what we do to LGBT+, to set an example,” the magazine quoted the gay man as saying. The man said he has been in hiding and sending emails to various embassies and LGBTQ groups, seeking help.

A lesbian told the magazine she had to change locations because the Taliban was searching homes nearby. The magazine quoted another gay Afghan in hiding as saying, “The Taliban are going street by street in search of gay people to kill.”

Openlynews.com, a digital news site of the Thomson Reuters Foundation, reported on Sept. 3 that a gay student and a gay teacher in Kabul tried to get on one of the last evacuation flights out of the country, but both failed.

Before the Taliban retook control of the country last month, Afghan law, which prohibits adultery and pederasty, was already being interpreted as to cover homosexuality. The penalty was death by stoning for people who identified as being gay or who engaged in homosexual acts.

“The difference now,” said Sadat, in an online forum Sept. 4, “is there is a lot of people who have exposed themselves.

There are a lot of people, like gay males, who are living with their boyfriends — that’s very dangerous. Because right now, what the Taliban are doing, they are going house to house, searching, because they have a hit list of LGBT people that they want to target and kill. And they have, already. And they are going to communities and telling them, ‘Hand over your homosexuals.’”

Sadat was speaking through an online forum entitled “A Life in Hiding: How Afghanistan’s LGBTQ Community is Living Under Threat.” The forum was organized on Facebook by the Indian newspaper Deccan Herald.

Although Sadat has been living in the United States since he was an infant, he said he returned to Afghanistan in 2012, while the country was being run by the U.S.-backed government of President Hamid Karzai. Although the Karzai government was hostile to LGBTQ people, said Sadat, some LGBTQ people felt more comfortable with acknowledging their sexual orientation while the country was “absorbing” much of the western culture of the U.S. and its allies.

“It’s only after the Sept. 11 terrorist attacks [on the U.S.], that the U.S. military occupation and westernization provided impetus — that the same LGBT movement that grew all around the world, the Afghan generation wanted to be part of this movement.”

Sadat said that, when the Taliban was in control in 1996 through 2001, “they did publicly execute homosexuals — granted, it was in smaller numbers because … people were less likely to come out of the closet.”

But in the last several years, he said, “They see LGBTQ people getting married, on Instagram and everywhere, why not here?”

A report released last December by the International Lesbian and Gay Association stated that consensual same-sex sexual acts “could potentially” be regarded as violating Sharia law, but ILGA had “no” reported instances of executions for such acts.

Things were still very difficult. In a 2016 report, the BBC interviewed several LGBT people in Afghanistan. All spoke anonymously, and all said they understood the penalty for homosexuality in Afghanistan was execution. The report quoted an Afghan cleric as saying there was a “broad consensus among scholars” that execution was the appropriate punishment for engaging in same-sex sexual acts.

Sadat traveled back to Afghanistan as an adult to teach international politics at the American University in Kabul. He is believed to be the first Afghan-American to come out as gay and advocate for the human rights of LGBTQ people in Afghanistan.

Paul Jansen, senior advisor for global advocacy at Outright, said there are no official LGBTIQ organizations in

Afghanistan, and any unofficial groups are underground now for their safety, as such contact is extremely difficult.

“We are in touch with a few activists as and when possible,” said Jansen. “Provision of any kind of practical support at this point is not really possible. We are embarking on a research project to document the challenges and needs of LGBTIQ communities now, because experience shows that without documentation LGBTIQ people get overlooked, and [we] will take it from there to see as and when and how we can support our partners on the ground.”

Jansen added that Outright, along with other human rights organizations, is calling on the U.S. government to offer asylum to LGBTQ people and others fleeing Afghanistan.

“Unfortunately, the reality of the situation,” said the Outright spokesperson, “is that most people will not be able to flee.”
In June, President Biden named Jessica Stern as the U.S. special envoy for human rights of LGBTQ persons. Stern, who is finishing up as executive director of Outright Action International, does not start that new position until later this month.

The State Department announced Aug. 2 that it was creating a new designation “for certain Afghan nationals.” The new designation, known as Priority 2, includes Afghans who worked for the U.S. but for shorter amounts of time and Afghans who were employed by media or non-governmental organizations based in the United States. In an Aug. 24 letter to Blinken, Pappas and 63 colleagues, including five of the eight other openly LGBTQ members of the U.S. House, said, “We have a moral obligation to uphold our values and utilize every tool at our disposal to protect the LGBTQ+ Afghan community.”