Not afraid to speak out 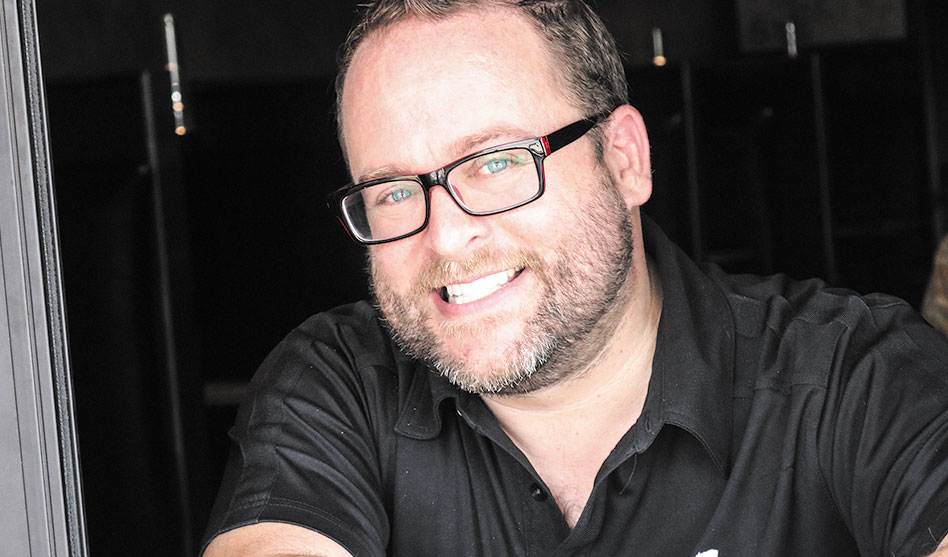 When we came up with the Big September category of Big Mouth, Lee Daugherty immediately came to mind. He laughed when we told him, because he’s well aware of his reputation.

Daugherty, who grew up in Allen, admitted, “My mouth got me in trouble in school too. And it wasn’t always good trouble.”

Since moving from the ’burbs to Dallas more than 20 years ago, Daugherty’s mouth has mostly gotten him into what he calls “good trouble.” As a founder of Take Back Oak Lawn, as a member of the Mayor’s LGBT Task Force and as the owner of Alexandre’s for the past 17 years, he’s always spoken his mind and taken the kind of action that he believes is best for the community.

Daugherty said the most divisive issue he has been involved with is the removal of the Robert E. Lee statue from what is now known as Turtle Creek Park. He began his campaign to remove the bronze statue about four years before it was finally moved from the park.

He said his first Facebook post on the subject drew about three likes. By the time Confederate statues were removed from public squares in New Orleans, his posts were getting hundreds of likes and dislikes — as well as death threats from neo-Nazi groups that protested the removals.

The most recent threat came just a few weeks ago, several years after the Lee statue was removed from what was then Lee Park, when it was shipped off to storage.

Another of Daugherty’s battles involved the renaming of that same park. The name temporarily reverted to its original moniker — Oak Lawn Park after the statue was removed and the city agreed that Lee Park was no longer appropriate.

Some neighborhood organizers wanted the name changed to Turtle Creek Park. But Daugherty was on the side of not erasing the name “Oak Lawn” from the area as it rapidly gentrifies.

Here’s where he compromised: The name Oak Lawn Park had a bitter history itself, because Black people were not allowed to enter the park when it first opened under that name. Daugherty agreed that starting fresh was a good choice. But, he notes, there are another 60 parks throughout Dallas with similar history whose names should be changed as well.

Daugherty described how he became a bar owner. His previous job was in telecom and, he said, as the telecom industry fell, he was spending more and more time in bars. “I spent so much time in bars, it was cheaper to own one,” he said.

Daugherty acknowledged he isn’t your typical bar owner, describing himself as a “classtrator.” “I always listen to input,” he said. “I listen to the people who are actually doing the work. The industry’s tough. Don’t make it tougher.”

He said bars are the No. 1 industry losing employees these days. During the COVID pandemic, bars were allowed to re-open, and then they were closed again. He said he kept his bar closed 410 days but kept all of his employees on their insurance. And payroll was covered PPP funds, so everyone had their basic income. Then bar finally re-opened only after all the employees were vaccinated.

Daugherty said he met with his employees on Zoom regularly while the bar was closed, and, together, they decided what to do. Once the bar reopened, he kept all of his staff.

Daugherty counts the creation of Take Back Oak Lawn as a major achievement. But some in Oak Lawn hold it against him.

Take Back Oak Lawn was formed in 2015 as a string of violent crimes was happening in the neighborhood. The group identified several problems and took action to solve those problems.

They got lights added on several streets and bushes trimmed to make those streets safer for people walking to their cars at night. John Anderson, another group founder, bought equipment to measure the light on streets, then turned the information over to the city to correct the problem.

The group also encouraged people to walk to their cars at night in groups. Daugherty said he was gratified one night when he was standing on his bar’s patio and saw a group of five people walking together. They spotted someone walking alone and called out to him to walk with them to get to his car safely. Daugherty also hired a security guard to patrol his block and make sure his patrons safely got to their cars, and he encouraged other business owners to do the same.

The efforts of Take Back Oak Lawn have worked. Violent crime in the area has seen a double-digit decline in the years since it was founded. Daugherty said the group still works in the neighborhood. In fact, on Saturday, Sept. 11, volunteers will meet at Alexandre’s at 10 a.m. to walk the streets of the neighborhood to clean up.

“Cleaning helps us find problem areas,” Daugherty said. “But it also helps us build pride in our neighborhood.”

There’s nothing controversial about any of that. But Daugherty said, he ticked off business owners throughout the neighborhood who didn’t want him talking about the crime rate when it was high.

Despite his reputation as the Big Mouth of Cedar Springs, business at Alexandre’s has been good. So good, in fact, that Daugherty is expanding his bar into the space next door. Despite pandemic construction delays, including a bottleneck at the permit office on Jefferson Boulevard plaguing all construction projects, he hopes the larger space will be open by the end of the year.

And Alexandre’s, which has been known for live music, is slowly adding performers and DJs to its schedule.

“Support LGBT musicians,” Daugherty said, pointing out that they’ve been hurt by the shutdown as much as bar personnel.

That’s Daugherty’s latest crusade, and he’s sure someone will find a reason to argue with him about that one, too.