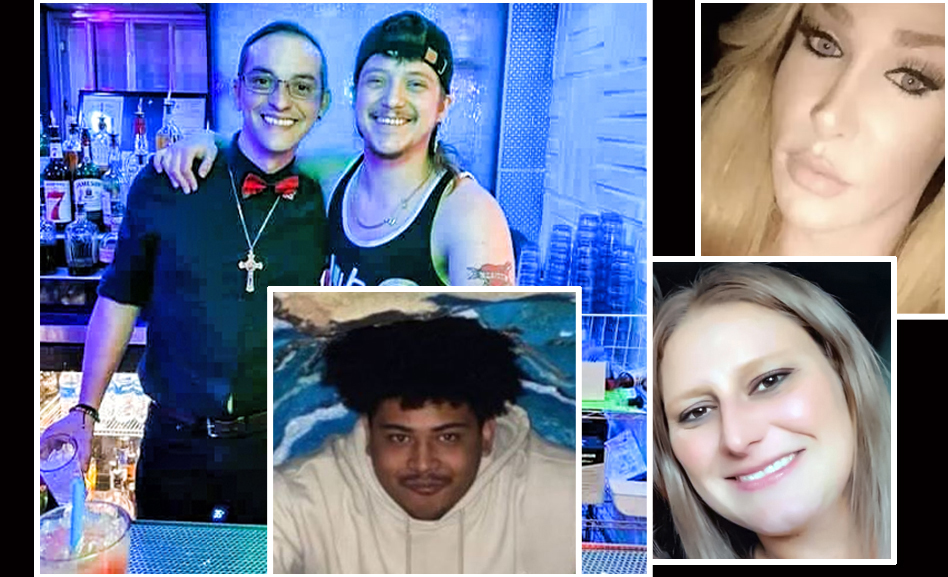 UPDATE: Raymond Green Vance was at Club Q with his girlfriend, Kassy Fierro, and her parents, Richard and Jessica Fierro, according to The Associated Press.

UPDATE: The fifth victim of the Club Q shooting has been identified as Raymond Green Vance. Vance was at the club with his girlfriend Kassy Fierro and her parents, Richard and Jessica Fierro (corrected from earlier report that he was there with his wife and the Fierros). Richard Fierro is the person who tackled shooter Anderson L. Aldrich and beat him into submission with the shooter’s own handgun. A statement provided to CNN said the group had gone to Club Q to watch the drag show and celebrate a birthday.

Read more about each of the victims here.

ORIGINAL POST: Four of the five victims killed in the Saturday night, Nov. 19 shooting at Club Q in Colorado Springs have been identified.

Two of the three identified so far were employees of the bar, bartender Derrick Rump and supervisor Daniel Davis Aston. They were both working Saturday night when the shooting occurred.  Porsha DeMarco-Douglas, a drag performer at the bar, posted a photo of the two men early on Sunday, writing, “My boys are gone. Plz take care of each other. I love you both so much.”

Aston’s mother told Colorado Public Radio that her son, a transgender man who had moved to Colorado Springs from Oklahoma in 2020 to be closer to his parents, was “the happiest he had ever been … He had so much more life to give to us and to all to his friends and to himself.”

Rump performed in drag often at Club Q as well as being a bartender there. Public records show he had moved to Colorado Springs from Pennsylvania in 2020. A friend identified as Anna Maria Elena posted on Facebook saying Rump had “a smile that could light up the darkest of rooms” and “a laugh that rubbed off on everyone around you.” Another friend, Delaney Sailer, said on Facebook that Rump often sat outside on the patio with them to listen to their troubles.

The third victim publicly identified so far is trans woman Kelly Loving of Denver who was on a weekend trip to Colorado Springs. Her sister Tiffany Loving said Kelly was “loving, always trying to help the next person out instead of thinking of herself. She just was a caring person.” And her friend Natalee Skye Bingham told New York Times that Kelly was “like a trans mother to me. I looked up to her.” She said she and Kelly were Facetiming just moments before the shooting.

(Information on Alston, Rump and Loving from Independent.)

The fourth victim is Ashley Paugh of LaJunta, Colo. Her sister told NBC News Paugh had traveled to Colorado Springs with a friend for a day of shopping and at the end of the day they had gone to Club Q to dance and watch a show. Her sister, Stephanie Clark, said Ashley leaves behind her husband and her 11-year-old daughter who is “devastated” by her mother’s death, and that Ashley “lived for her daughter.”

Among the at least 25 people injured in the Nov. 19 shooting at Club Q were, bottom left, Tara “DJ T-Beatz” Bush, and sister and brother Charlene and James Slaugh (upper right). James Slaugh’s partner, who was not identified publicly, was also injured.

Three of those injured have also been identified on GoFundMe pages set up to raise funds to help pay their medical expenses.

One of those injured was DJ T-Beatz ( aka Tara Bush) who was DJing at the club when the shooting occurred. Her friend Crystal Lucero, who established the GoFundMe for her, said Tara had undergone surgery and is hoped to make a full recovery. Her roommate Bonnie Herbst told the Washington Post Bush had been shot twice in the back and was recovering in ICU following surgery.

Summer Weserbur established a GoFundMe to benefit Charlene and James Slaugh, a sister and brother who had gone dancing at Club Q and were about to leave when the shooting occurred. Westerber, who established the GoFundMe on behalf of the victims’ brother, Mark Slaugh, said that Charlene had been shot in the abdomen and doctors had “identified 13 holes so far from one or more bullets.” Doctors reinflated her collapsed lung before she was sent into the first of what is expected to be several surgeries.