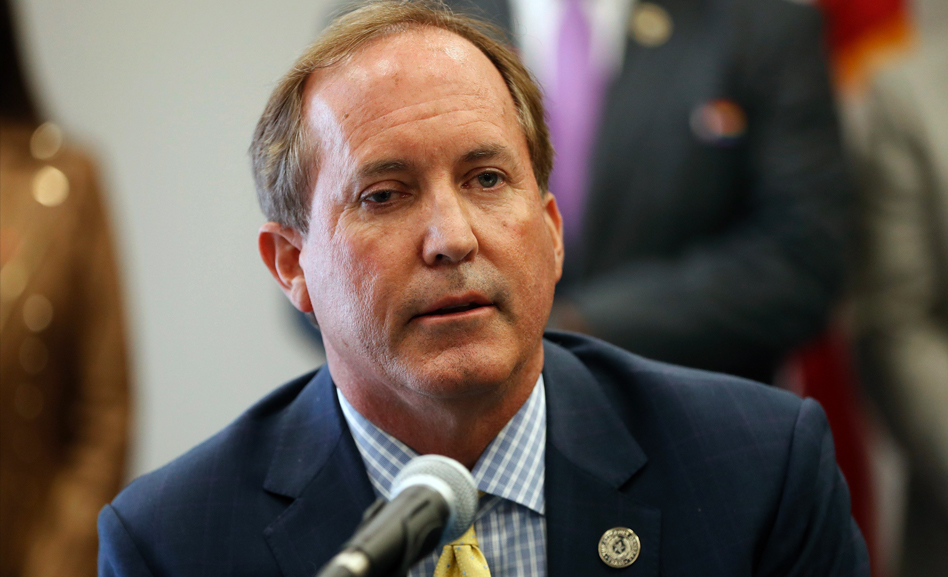 Ken Paxton — the Texas attorney general who has been under federal indictment now for some seven years on securities fraud charges and is currently under investigation by the FBI on allegations made by several of his once-closest top aides of abuse of power and bribery — made a big deal of announcing today that he stands ready to defend the Texas sodomy law, which was overturned in the 2003 Supreme Court ruling Lawrence v. Texas.

(Just an aside, Paxton — who paints himself as a defender of traditional values and the sanctity of marriage, has admitted that he has cheated on his wife. Part of the FBI investigation underway now involves allegations that Paxton used his influence with a political donor to get the woman with whom he was having an affair a job.)

Despite having been overturned nearly 20 years ago, the law — Section 21.06 of the Texas Penal Code — remains on the books. So does the constitutional amendment Texans passed in 2005 banning recognition of same-sex marriage. And SCOTUS’ landmark ruling in 2003 and the 2015 Obergefell ruling that legalized same-sex marriage nationwide are based on the same fundamental right to privacy conveyed by the 14th Amendment as was Roe v. Wade.

And anti-LGBTQ forces have not wasted a second since the decision overturning Roe was handed down last week in planning their attacks on both Lawrence and Obergefell. They are waiting with bated breath for SCOTUS to overturn those two rulings, too, spurred on by Justice Clarence Thomas’ concurring opinion on last week in which he said all these other rulings need to be overturned as well.

When asked specifically about stepping in to enforce the sodomy law if SCOTUS overturns Lawrence, Paxton said, “My job is to defend state law and I’ll continue to do that. That is my job under the Constitution and I’m certainly willing and able to do that.”

In addition to the federal securities fraud indictments and the ongoing FBI investigation, a disciplinary committee of the Texas State Bar Association in May filed a professional misconduct lawsuit against Paxton for his attempts to get the U.S. Supreme Court to overturn the results of the 2020 presidential election.

The Texas Tribune reported on May 25: “The filing in Collin County by the Commission for Lawyer Discipline, a standing committee of the state bar, is an extraordinary move by the body that regulates law licenses in the state against the sitting attorney general. It stems from complaints against Paxton for a lawsuit that the U.S. Supreme Court threw out, saying Texas lacked standing to sue and that Paxton’s political opponents called ‘frivolous.’ It seeks a sanction against Paxton, which would be determined by a judge, that could range from a private reprimand to disbarment.”

If Paxton is disbarred — in other words, if he loses his license to practice law — he cannot continue to be attorney general, whether he is re-elected in November or not.