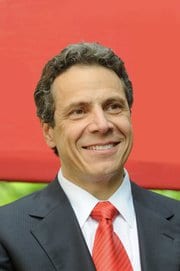 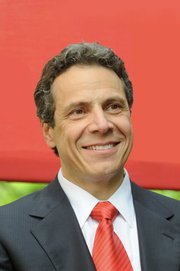 New York Gov. Andrew Cuomo announced this weekend he is taking steps to protect LGBT youth from the practice of reparative therapy.
Cuomo is the first governor to use his executive authority to protect LGBT youth from this widely denounced practice, also called conversion therapy.
Cuomo’s actions authorize three state agencies to limit access and coverage of the practice and revoke the licensure of therapists who violate the law. State Department of Financial Services will issue regulations prohibiting insurance providers from covering conversion therapy on patients under the age of 18.
The state Office of Mental Health will prohibit mental health providers from using conversion therapy on youth under the age of 18, and violations of these important protections will result in revocation of licenses.
The state Department of Health will also ensure the practice is not covered by the state’s Medicaid plan.
“No young person should be coerced or subjected to this dangerous so-called therapy, which has been linked to youth substance abuse, depression, homelessness and even suicide,” said HRC President Chad Griffin.
“The regulations announced today are historic, not only representing the first time a governor has taken executive action to protect youth from conversion therapy, but also ensuring that protection doesn’t stop when they turn 18,” said the National Center for Lesbian Rights’ #BornPerfect campaign coordinator and staff attorney, Samantha Ames in a statement.
Proponents of conversion therapy argue they can change a person’s sexual orientation or gender identity or expression. Though widely discredited by every major medical and mental health association, including the American Medical Association and American Psychological Association, some therapists continue use the practice.
Last April, the White House called for an end to the practice. A bill to bar the practice in Texas, filed by state Rep. Celia Israel, D-Austin, died during the past legislative session.
Six other jurisdictions have taken action to end this dangerous practice on minors. Laws banning conversion therapy have been passed in California, New Jersey, the District of Columbia, Oregon, Illinois, and Cincinnati, Ohio.