Year in Review 2021: LGBTQ on screens, big and small 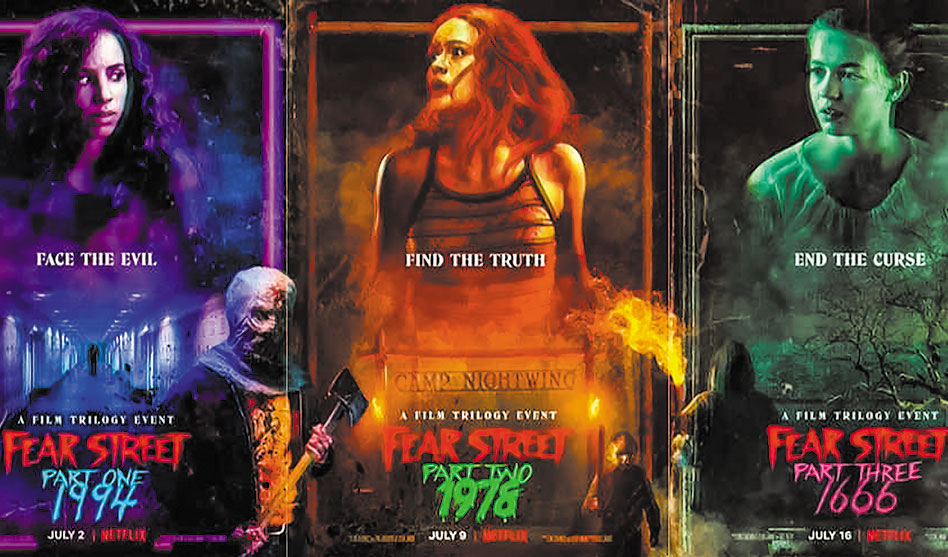 During COVID, TV took up the slack, now the big screens are coming back

Just as did theater and live shows return in 2021, so did the movies. Film had kind of hovered there for a bit, but then the problem was finding an actual theater that was open. Our streaming services stepped up and saved us from absolute isolation.

Now, we’re getting the best of both worlds: Films are on the big screen again; television continues with both network and streaming offerings that are satisfying. And some movies are including their first runs on streaming services and inhe theaters (thank you, HBO Max and Disney+).

LGBTQ content was diverse throughout this year in films. but queer female-centric shows seemed to be lacking a bit this year. Here are some highlights of this year from both the big and small screens.

Fear Street trilogy (June). A same-sex couple is at the center of all the strange goings-on in this Netflix troika of films. Based on R.L Stine’s teenage horror series of the same name, these films delivered the goods on horror. The first film, Fear Street Part One: 1994 follows a group of teenagers in Shadyside who unleash an ancient evil that has troubled the town since its early colonial days. Deena is at the center of it all, and, through the course of the three films, is determined to save her girlfriend. (Available on Netflix).

Everybody’s Talking About Jamie (September). This fun adaptation based on a true story was set for a 2020 release but debuted in the U.S. this fall. Jamie is a 16-year-old student who dreams of becoming a drag queen. But he’s also in high school. The prom is soon; the boys are bullies, and even Dad is an obstacle. Thrilling songs and fabulous set designs (and a lovely Richard E. Grant) help Jamie figure out just what needs to be done. Available on Amazon Prime. 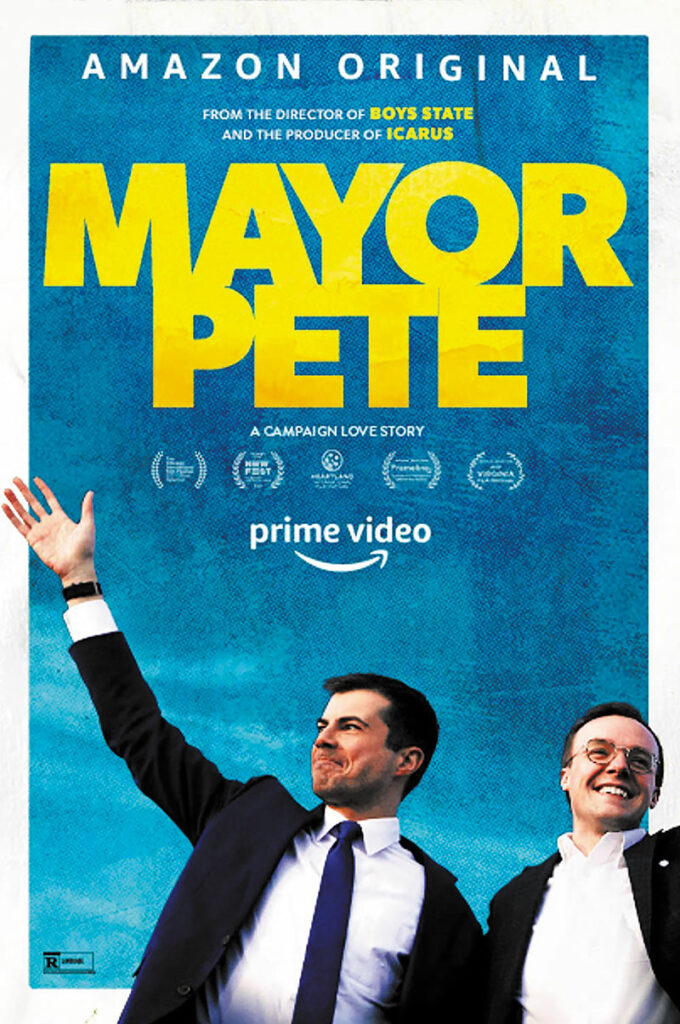 Mayor Pete (October). This documentary tells the tale of Pete Buttigieg’s effort to become the youngest and the first gay president. The film follows his campaign to what was considered an unexpected win in Iowa. Not only does it focus on the goings-on, it also gives airtime to the man who is now Secretary of Transportation and his husband, Chasten. Available on Amazon Prime.

Marvel’s Eternals (November). Marvel returned with a vengeance to movie theaters this year, with three huge flicks. Disney finally released Black Widow followed by Shang Chi and the Legend of the 10 Rings. But we got our first gay superhero in Eternals. Audiences were introduced to the genius Phastos, along with his husband Ben and son Jack. Bad guys and superpowers aside, the husbands’ kiss was a big moment for us queer fans. Available on Disney+ in January.

Single All the Way (December) All the elements of a Hallmark/Lifetime movie are here: the New England setting, the rugged object of attraction, the Christmas play debacle. Only this time, the love interests are gay. Michael Urie is a social media specialist who just wants to own a plant shop (Awww!). He’s also perpetually single and doesn’t want to deal with his family who just wants him to find a good man. The glory of this story is that there’s no big deal about the queerness here. Like Schitt’s Creek, everyone just gets along, and two guys holding hands isn’t a shocker for the rest of the townspeople.

It’s A Sin (HBO Max) The scene is London in the ’80s, and the group of gays in this series come of age in the face of HIV/AIDS. The limited series is just five episodes long, but that covers a decade as friends navigate lives, parties and disease through 1991. 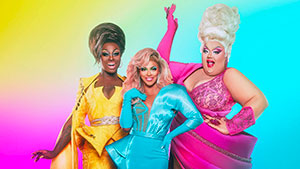 We’re Here (HBO Max) RuPaul’s Drag Race alums Bob the Drag Queen, Eureka O’Hara and Shangela head to small towns across America in this reality series. What’s really hooking fans is the emotional connection the queens make with their newly-minted “drag children” as well as those folks’ friends and families. This isn’t about who has the most fabulous “lewk” on the mainstage or who wins a lip-sync battle. We’re Here is about people helping people be out, loud and proud and make a difference right there where they live.

Queen of the Universe (Paramount+). Hosted by Graham Norton and produced by RuPaul, this competition takes drag to a new level with queens who can sing. Queens from around the world compete, including Texas performer Ada Vox. Judges include Michelle Visage, Trixie Mattell, Vanessa Williams and Leona Lewis. The 14 queens compete for $250,000. No lip-synching for their lives here.

Queer You Are (HBO Max) This Spanish gem was a delightful find on the streaming service. Based loosely on the life of series creator Robert Enriquez, the dramedy follows him in the ’80s when he’s an overweight teen who loves musicals. Then we see him grow into his adulthood and finally catch up to him today as a writer.