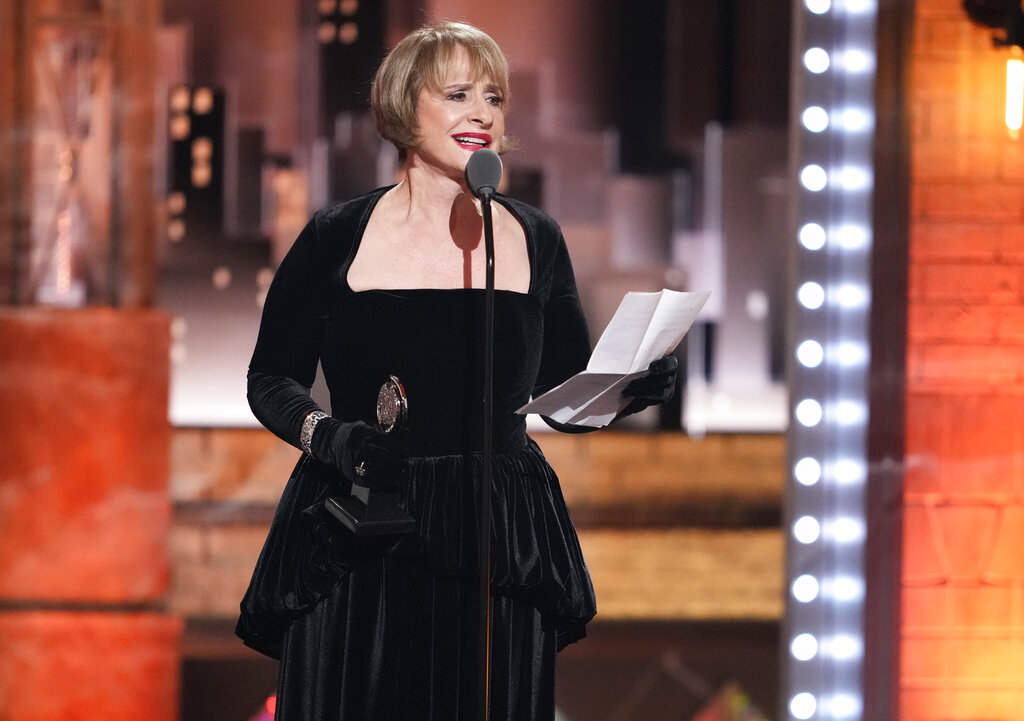 Patti LuPone accepts the award for best featured actress in a musical for “Company” at the 75th annual Tony Awards last June. (Photo by Charles Sykes/Invision/AP)

The Turtle Creek Chorale has been bringing in the big divas for its Rhapsody events, such as Idina Menzel and Audra McDonald, and they do not disappoint with this year’s official announcement. Three-time Tony Award-winner Patti LuPone will headline this year’s annual benefit gala on April 1 at the Meyerson Symphony Center. I even double checked that this was no April Fool’s joke, and, thankfully, it is not.

“It is an honor to welcome a true musical theater legend to Dallas as part of the third annual Rhapsody,” TCC Executive Director Jeremy Wayne said in Friday’s email announcement. “Ms. LuPone has been a longtime supporter of the arts and LGBTQ+ arts organizations, and we look forward to her sharing her talent with our patrons, organization, and community in 2023.”

Patti LuPone has won three Tony Awards, two Olivier Awards and two Grammy Awards and has been inducted into the American Theatre Hall of Fame. She most recently returned to Broadway in Marianne Elliott’s award-winning production of the Stephen Sondheim-George Furth musical Company, for which she won her third Tony. She was also awarded the Olivier and What’s OnStage awards for her performance as Joanne in the same production in London’s West End.

Tickets are now available for the gala and concert as well as tables and sponsorships. The Gala features a seated dinner, premium concert seating and an after-party.

Proceeds from Rhapsody  will benefit the musical, cultural and educational programs of the Turtle Creek Chorale.