Wrapping up the 86th Legislature 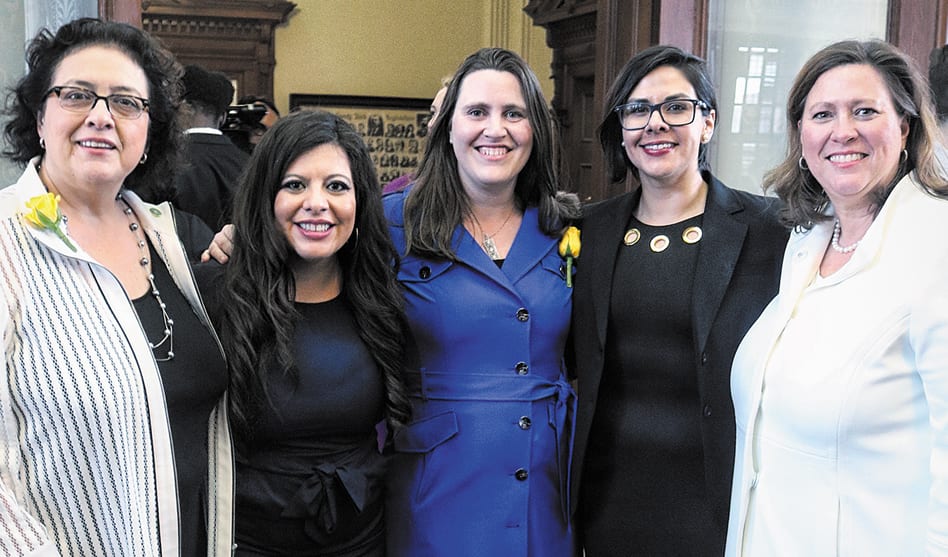 The 86th Texas Legislative session ended Monday. And if you were asleep during most of it, no one would blame you. It was, for the most part, pretty boring.
Gov. Greg Abbott, Lt. Gov. Dan Patrick and new Speaker of the House Dennis Bonnen, all Republicans, focused on the nuts and bolts of government: reforming the state’s school finance system, addressing rising local property taxes and providing more funding for Hurricane Harvey repairs.

After being beaten down by the 85th legislative session dominated by bathroom restrictions for transgender Texans, lesbian, gay, bisexual and transgender advocates say this session was a sign of progress.

“This session was truly unique and I think –– pivotal –– for the advancement of LGBTQ equality in Texas,” said Rebecca Marques, the Texas state director for the

LGBT lobbying group Human Rights Campaign. “We came into this session after a historic midterm election where pro-equality candidates won up and down the ballot.”

Marques credits the combination of new legislators — including 12 Democrats who flipped previously Republican-held seats — with the relative lack of attacks on LGBT Texans. Three of the freshmen legislators, in fact, are part of the LGBT community members, “most notably, Rep. Julie Johnson from Carrollton, who unseated Matt Rinaldi,” she said.

“The new LGBTQ Caucus in Texas is a game-changer in the fight for LGBTQ equality,” said Equality Texas Interim Director Samantha Smoot. “For the first time, we have a whole team of strong LGBTQ voices on the floor of the House.” Joining Rep. Mary Gonzalez of El Paso and Rep. Celia Israel of Austin, in addition to Johnson, were Rep. Jessica Gonzalez of Dallas and Rep. Erin Zweiner of Driftwood.

“They stood tall in defense of the LGBTQ community, delivering impassioned speeches about the real harm caused by discrimination and negative rhetoric and looking their colleagues in the eye to change hearts and minds,” Smoot said.

But Marques noted Democrats had a powerful ally from the other party: “And these wins didn’t just contain themselves to the Democratic Party ticket. Pro-LGBT Republican Rep. Sarah Davis of Houston ran on a pro-equality platform and successfully defended challenges from both parties,” Smoot said.

“For the first time ever, a Republican in Dan Patrick’s Senate, Sen. Kel Seliger” –– referring to the Amarillo Republican who became a thorn in the side of Patrick –– “voted against Patrick’s anti-LGBTQ agenda,” Smoot said. “It has long been clear that Dan Patrick is intent on attacking LGBTQ Texans through any legislative process possible.”

“Patrick tried to gut LGBT-inclusive non-discrimination ordinances,” Marques said. “But Speaker Dennis Bonnen openly stated he would not pass bills he otherwise supported should they threaten local NDOs. These are clear, definable moments of progress.”

In its original form, Senate Bill 15 included language protecting any interpretation of the law that could gut local NDOs. But Sen. Brandon Creighton, R-Conroe, pulled that language at the last minute.

The House sponsor, State Affairs Committee Chairman Dade Phelan, R-Beaumont, passed the sick leave bill and others with the pro-NDO language. But the bill died.

Opponents of LGBT rights did manage to claim one victory, though. Senate Bill 1978, filed by Senate Administration Committee Chairman Bryan Hughes, R-Tyler, was filed as a broad anti-LGBT bill. After conservative groups Texas Values and Texas Eagle Forum initially said the bills protect the Bible (as opposed to pro-LGBT bills they said “banned the Bible”). But after the San Antonio City Council voted against renting a space to Chick-fil-A in a new wing of the airport there, those groups changed their tone, claiming the bill would “save Chick-fil-A.”

Marques noted the bill changed significantly during the approval process. “After concerns raised by the LGBTQ caucus, activists, and organizations, significant changes were made to the bill. The revised bill, at its core, prohibits the state, state agencies, and local government from denying benefits to individuals, organizations and businesses based on an affiliation with a religious organization or a charitable contribution,” she said.

Jonathan Saenz, president of Texas Values Action called the bill was a victory. “After a record number of Texans spoke out and showed up at the Texas Capitol, the

Texas Legislature responded. With the passage of the Save Chick-fil-A religious freedom bill … Texas is more safe and free. While there is still work to do, we are thankful for the leadership of the Texas House, the Texas Senate, and Gov. Abbott for an important and successful session,” he said.

But to Marques, the tone in the Capitol going forward is slightly different.

“This session in many ways showed us what was possible in Texas. With five out LGBTQ members standing united on the floor, we now have new, powerful representation who were able to make their presence known in their first session,” Marques said. “We have a lot of hope for the next legislative session, but we won’t see anything substantial unless we all keep continuing the work on the ground together. It goes without saying that Texas politics is constantly changing, and for us to continue to make progress, it will take the entire weight of the LGBTQ community in Texas.”