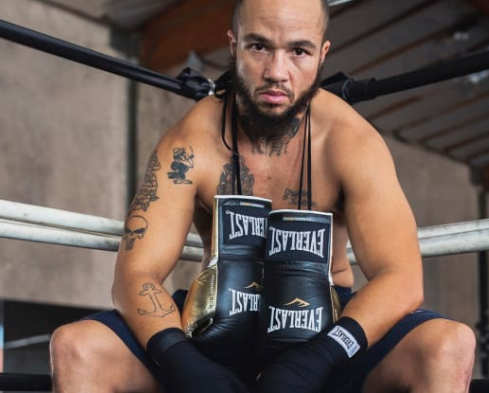 If you’ve ever watched a boxing match — and c’mon, who doesn’t like to watch fit, half-naked men sweat all over each other — you know Everlast: On the trunks on the fighters, on the ring itself. The company has been around 109 years. And this week, it signed Patricio Manuel as its spokesmodel.

Nothing unusual there, right? Sugar Ray Robinson and Jack Dempsey have held similar positions. But Manuel is the first trans man to serve that role.

Late last year, Manuel became the first trans man to compete in (and win) a professional boxing match. Now this. You can read more of it here.