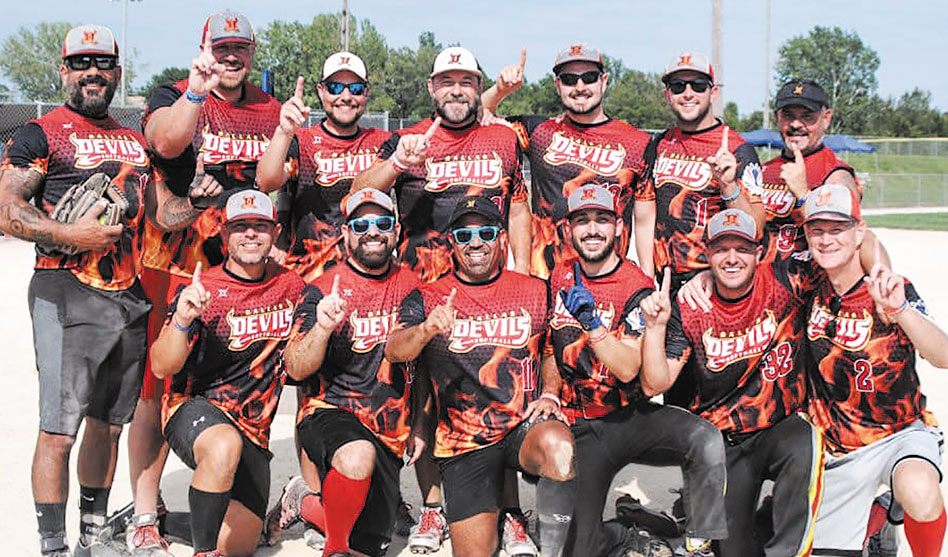 A record 250 softball teams from 48 cities around the U.S. and Canada will converge on Dallas over the next week, Aug. 28-Sept. 3, for the 45th annual Gay Softball World Series.

About 4,000 players, umpires and coaches will participate in the series, with 996 games between seven divisions at four sports complexes in Dallas, Euless, Carrollton and Waxahachie. Each team will play at least six games, while those headed for the championships will compete in 12 or more games.

Dallas’ Pegasus Slowpitch Softball Association, the local softball league, will send a record 20 teams to the world series, with teams in every division. 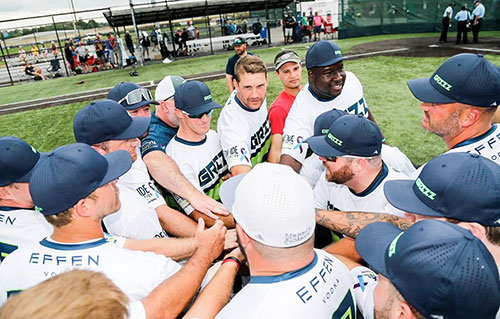 What does it take to put together such a massive sports competition — the largest annual LGBTQ sporting event in the world? It takes a powerhouse national organization — NAGAAA: North American Gay Amateur Athletics Alliance — and a great local committee — Dallas Gay Softball World Series headed by Ryan Holdhusen, who is passionate about the sport.

Holdhusen explained that players are asked a series of questions to determine their skill level. That determines in which of five divisions — A through E — they’ll be placed. Then there are two “Masters” levels for players 50 and older. Holdhusen said he’ll be competing in Masters D Division with Dallas Woody’s Fossil Fuel.

Dallas GSWS has recruited about 1,000 volunteers to help with everything from welcoming guests at the Hilton Anatole, the host hotel, assisting at the fields and staging nightly events that will take place during the week.

Official welcome parties begin on Sunday evening with receptions at The Hidden Door at 8 p.m. and S4 at 9 p.m.

Billy Bean, who was the first out Major League Baseball player and who currently serves as an MLB vice president, will appear at opening ceremonies happening from 5-9 p.m. Monday, Aug. 29, at Gilley’s in Dallas. The parade of cities begins at 7 p.m. with teams from each participating city marching in with their city flag. Dallas will be able to show off the only official city Pride flag in the U.S.
Some cities will show short video clips of their hometown. And four new cities set to participate for the first time in next year’s world series will be inducted into NAGAAA. Dallas singer/songwriter Kameron Ross, who competed in America’s Got Talent, will perform. Cassie Nova will emcee. 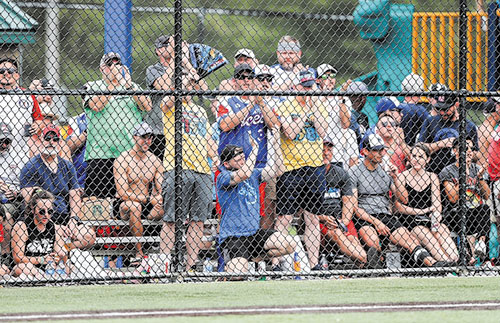 Tuesday night, Aug. 30, is the Hall of Fame Dinner at House of Blues Dallas. Other participants will head over to Globe Life Field to watch the Texas Rangers play the Houston Astros. The GSWS block at the game is sold out, but tickets to the game are still available.
This is significant because not only are the Rangers the only MLB team to never hold an LGBTQ night — until now — they’re also a major sponsor of the series. Holdhusen said they’ve provided significant and invaluable support. The Dallas Mavericks are also a GSWS sponsor.

Wednesday evening, Aug. 31, is charity night. Asia O’Hara hosts an evening of Gay Bingo, a silent auction that includes a week’s stay in Puerto Vallarta and more. All proceeds benefit Coalition for Aging LGBT. Admission is $10.

Thursday evening, Sept. 1, includes a number of sightseeing options for players, sponsors and fans. Activities include After Hours at the Perot Museum, dinner at Medieval Times and a visit to Reunion Tower.

A total of 28 trophies will be awarded to four teams in each of seven divisions at closing ceremonies on Saturday, Sept. 3, which will be held at a street party on Cedar Springs Road. Championship teams will receive a police escort from the Anatole to the block party stage.

This will be the first big street party on The Strip since the pandemic. Kerri Colby from RuPaul’s Drag Race will emcee, and Betty Who will sing. The stage will be set up in the street outside of Woody’s.

Bear Dance, the official GSWS after party, takes place at S4 beginning at 9 p.m. DJ Matt Effect and DJ Mike Eee and special guest Ra’Jah O’Hara are featured. Tickets are $40 at the door or $30 in advance at BearDance.org.

Proceeds from Bear Dance, Charity Night and other fundraising activities throughout the week will be distributed to GSWS beneficiaries during closing ceremonies. In addition to Coalition for Aging LGBT, those organizations are Trans Kids and Families of Texas, Resource Center, Legacy Cares, Prism Health and Pegasus Slowpitch Softball’s Wings Fund, which helps league members who may be facing challenges with injury, illness or other circumstances that create hardships in their lives.

Holdhusen said people are welcome to attend the games throughout the week, and admission to the fields is free. Games begin each morning at 7:50 a.m. and wrap up sometime between 5 p.m. and, later in the week, 10 p.m. Locations and maps can be found at DallasGSWS.org/fields. 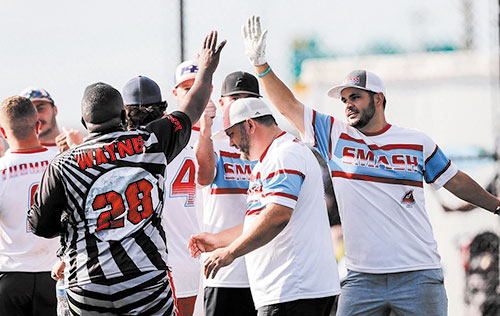 He said Dallas GSWS has been working with Dallas County Health and Human Services to provide as safe an environment as possible. COVID-19 testing will be available on all of the playing fields for anyone who may not be feeling well.

And because of the monkeypox outbreak, a GSWS tradition will be suspended. Traditionally teams have done t-shirt swaps with people from other cities. Because the virus may be transmitted through close contact with clothing, Holdhusen said they are recommending World Series participants not exchange t-shirts.

The economic impact on Dallas is significant. The local committee’s budget is $450,000. NAGAAA has an even larger budget covering the field expenses.

Alex Gilbert of the Dallas Sports Commission said the series is expected have a $9 million impact on Dallas, most notably in food and lodging. Restaurants in and around Oak Lawn should see a significant uptick in business.

She said half of the participants bring a guest, family member or friend bringing the number of out-of-state visitors to about 5,000, in addition to 1,500 local competitors and fans.