Chris Hightower is the new CEO of the Arlington Museum of Art. But he’s certainly not new to Arlington or to the North Texas LGBTQ community. An Arlington native, Hightower has lived there almost all his life, even running for a seat on the city council at one point. He has worked in real estate for years, and his husband, DeeJay Johannessen, is CEO of the HELP Center for LGBT Health and Wellness, based in Arlington. Having been born in Arlington and having lived there most of his life, coupled with his work as a real estate agent, means Hightower knows his city. And now, as CEO of the museum, he gets to help others learn more about his hometown.

Dallas Voice: How long have you been CEO of Arlington Museum of Art? Chris Hightower: I’m originally from Arlington, and I was on the board for several years in the early 2000s, late 2000s, and I was approved by the board to become the CEO and president about a month ago. So, it’s fairly new.

Are there any exhibits coming up that might be of interest to the LGBTQ community? Absolutely, the one that opened May 29 [is] called 30 Americans. It’s 31 artists, actually, but it’s 31 of the most influential African-American artists of the past three or four decades. So it not only deals with race, which many LGBTQ folks are dealing with race as well, but it also deals with gender, sexuality and the intersectionality of all of those things. It’s definitely an exhibit that I think a lot of folks in the LGBTQ community would find interesting and something that they can connect with.

I heard that your husband founded an HIV/AIDS organization. Yes, the HELP Center for LGBT Health and Wellness.
Do you help out with that as well? I do. When needed or called on, I’m a volunteer for them. They have a clinic in Fort Worth and a clinic here in Arlington just about two or three blocks away, so we often share resources. If we have something that they need or they have something we need, we do share resources occasionally.

How does being openly gay influence your job? I don’t think it influences my job. I’ve been openly gay for such a long time that I don’t really think anything about it. Everybody in the office knows. The board knows. Most of the people in the community know.

Where’d you go to college? I went to TCU for four years, graduated there, went to University of Georgia and lived in the Atlanta area for about six years.

What was that like? Amazing. Atlanta in the ’90s — what’s not to love about it?

Tell me about your day-to-day life on the job. Well, lately we’ve been doing installation for this exhibit that’s coming up. People don’t know when they go to see an art exhibit all the work that goes on behind the scenes to make it happen. It looks so simple and so elegant and so easy when you walk in, and people just will walk past a piece of art and not think about the installation. In some cases. it takes, you know, two or three days to install a piece of artwork.

It’s a lot of work. I was here from, like, 8 o’clock to 8 o’clock — sometimes 12 hour days, doing all kinds of things, like painting walls, replacing base boards, all kinds of stuff that’s not necessarily glamorous. 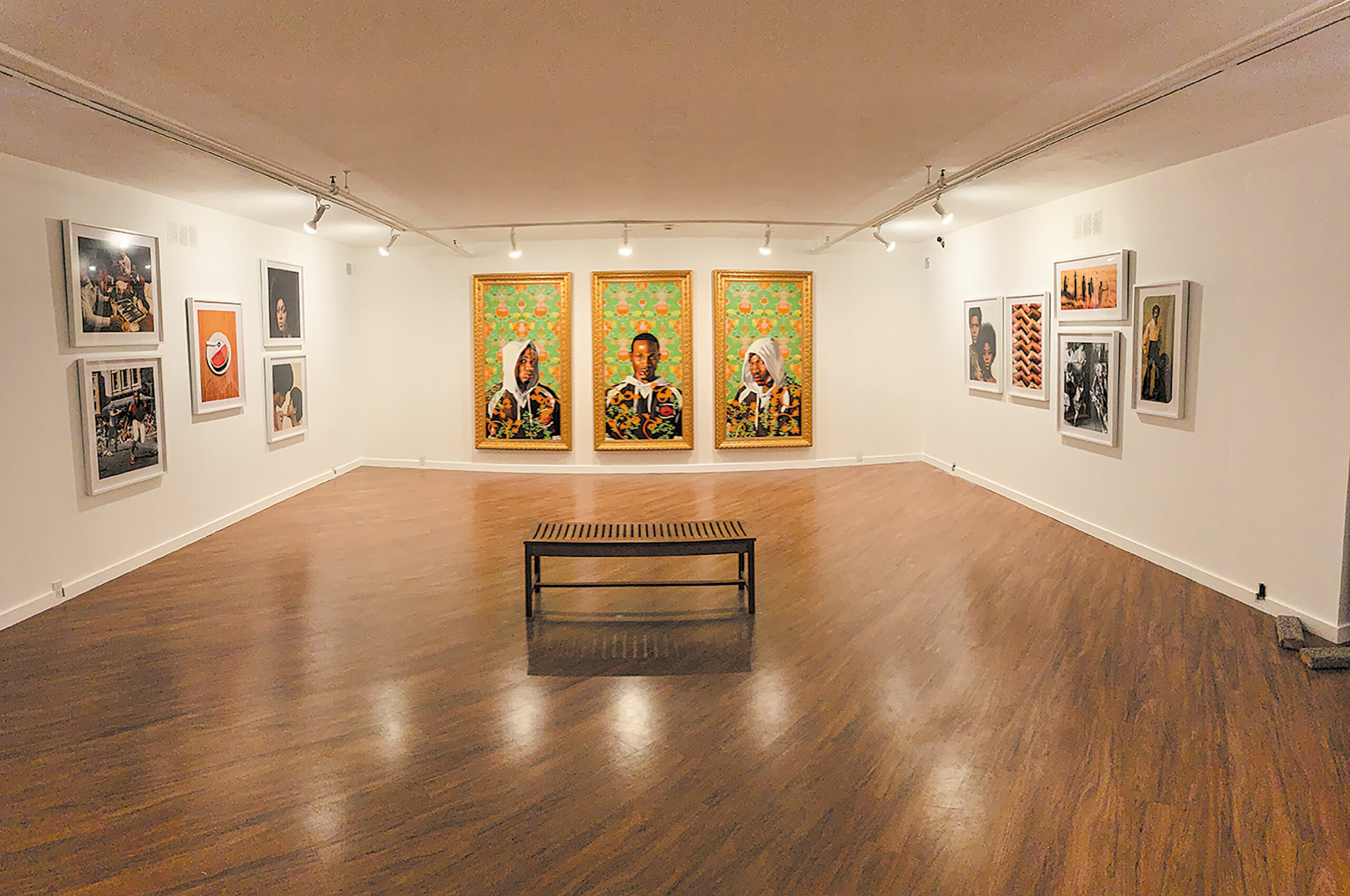 You have to be willing to get your hands dirty a little bit, which you wouldn’t necessarily think about when you think about a museum. But I also do a lot of curatorial work and selecting exhibits and thinking about the future and doing lots of fundraising and working with the board. So, it’s a lot of work.

What are some of your favorite exhibits? Keith Herring last year was a really kind of exciting move for us. We borrowed the exhibit from the Rubell Museum in Miami and really launched a good collaborative relationship with those folks in Miami. So that is top of my list. Ansel Adams we did a few years back. I can’t remember the year — 2013, ’14. It was an amazing exhibit. We had people from all over the world come.

That’s one of the things that people don’t know about this museum. Only 30 percent of our visitors come from Arlington; 20 more percent come from the Dallas-Fort Worth area. But 50 percent of our visitors come from more than 50 miles away from here. We had visitors from Australia that came to see the Ansel Adams exhibit. They posted it on their Facebook page, and their friends from New Zealand flew in to see that exhibit. So, a lot of times you don’t necessarily know that this little museum in Arlington, Texas, is actually getting lots of visitors from around the world.

Why do you think art, in particular art museums, are important for the community? Oh, my gosh, they’re of huge importance! I really think of them as the soul of the community, because it’s that thing that, in some cases, an artist will put something out there that’s sometimes difficult to talk about. Those times when you get together and say, ‘Well, we’re not supposed to talk about religion or politics or this or that or whatever’ — a lot of the topics that are in art are those topics. It’s those things that really stir our emotions and, in some, cases it’s visceral. We have a piece in this particular exhibit that’s going to be very visceral. We’ve had to kind of sequester it to the rooftop gallery, but it’s going to elicit some strong emotions.

And I think that’s what art does. It’s a reminder of who we are in terms of humanity, and it’s a little mirror into our own soul. So, I think it’s really important for people to come and, not just look at it, but think about it, process it and have a conversation with people. I think that’s what sets our museum apart from others; we really encourage accessibility, having conversations versus just coming and looking at a piece of art.

30 Americans, showcasing works by 30 emerging and established African-American artists of the last three decades, is on exhibit at the Arlington Museum of Art through Sept. 5. The museum, located at 201 W. Main St. in downtown Arlington, is open 10 a.m.-5 p.m. Tuesdays through Saturdays and 1-5 p.m. Sundays. Admission is $15 for adults, $10 for students and seniors. Children 12 and under are free with a family.