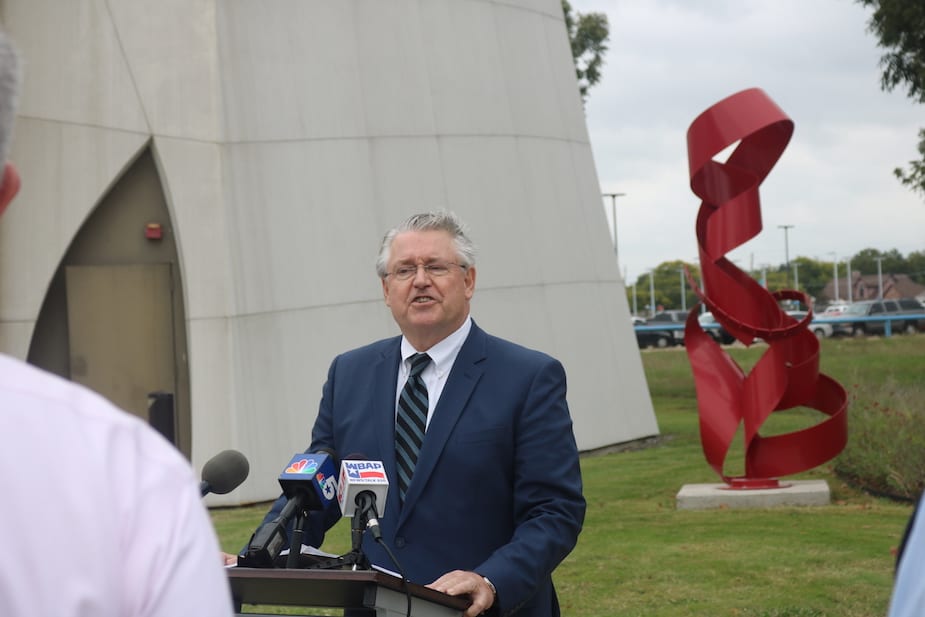 Black and elderly voters are being intimidated in the 5th District congressional race to replace retiring Rep. Jeb Hensarling, Democratic candidate Dan Wood charged in a press conference held this morning (Tuesday, Oct. 30) on the grounds of Cathedral of Hope.

About 20 voters (whose names have been redacted) were listed on a lawsuit that Republican Lance Gooden sued to seal in June and Democrat Dan Wood succeeded in getting unsealed yesterday. Speaking at the press conference, Wood said Gooden asked the attorney general to investigate voter fraud but then sued to seal the case.

Elderly and minority voters from Terrell who mailed in ballots were called into court in Kaufman County and asked by the judge who they voted for, according to Wood, who said he found out about this voter intimidation when his volunteers were canvassing neighborhoods in Terrell and voters told them their experiences. One woman said she had to find out how to get a bus to Kaufman from her home because she doesn’t drive.

Five voters told Wood volunteers they would never vote again after their experiences.

The message that minority voters in the district are getting, Wood said, is that “if you mail in or early vote, you’ll be hauled into court.” He said his volunteers have offered elderly supporters rides to the polls and they’ve been refused, with individuals telling them, “I’m never voting again.”

In June, Gooden’s attorney, Elizabeth Alvarez, sent an email to Kaufman County officials and others that included a motion and order to seal the case. “This is in regards to the cancellation of those mail-in ballots,” Alvarez wrote in the email. “This order will be filed as confidential, and we will request the order be made under seal, because we do not want the media to find out.”

In May, Gooden, who was in a Republican runoff, filed a lawsuit against the Kaufman County Republican Party after the county’s Republican precinct chairs cast a unanimous vote of no confidence in him. The next week, Gooden won the runoff, then filed a temporary restraining order to nullify mail-in ballot applications for the year.

The judge granted the motion to seal the case on June 21. Wood learned of the seal on Oct. 12. He went to the county clerk’s office in person and was told he couldn’t have any part of the file. Two days later he filed a motion to unseal the court records. On Friday, Oct. 26, the court held a hearing to unseal the case, but the names of voters remained redacted. Yesterday (Oct. 29), the judge signed an order to unseal the case, and the clerk released files to Wood.

District 5 includes Mesquite and a portion of East Dallas as well as Anderson, Cherokee, Henderson, Van Zandt and Kaufman counties. While the district is majority Republican, Wood said there are enough Democrats throughout the district that he could win with high voter turnout in Dallas County.

Dan Wood recently appeared on Lambda Weekly heard Sundays at 1 p.m. on 89.3 KNON-fm. Here’s the recording of the show: