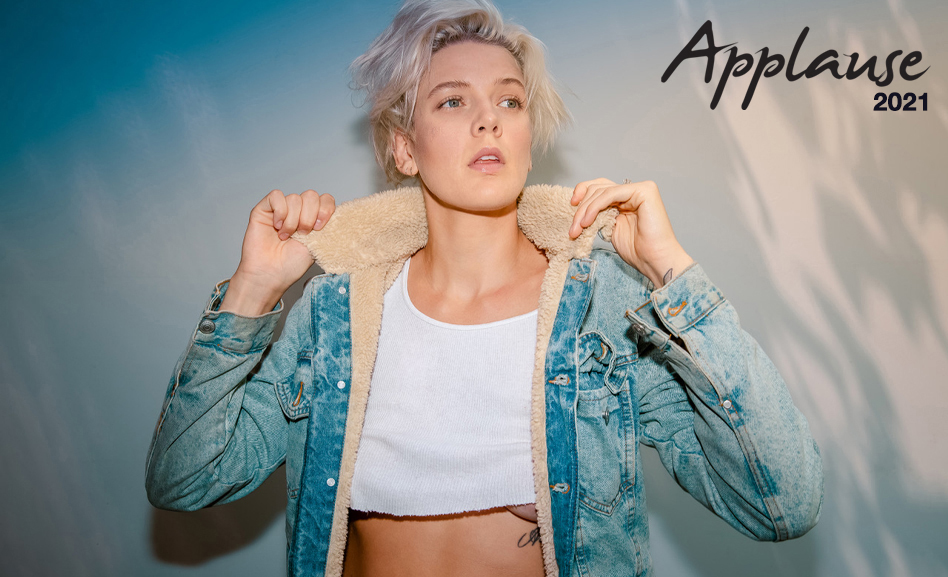 Betty Who (Photo by Zak Cassar)

Australian pop phenom Betty Who became a gay icon and a Pride fave almost instantaneously. Now she’s touring with Kesha, something that she says her college-age self would be downright giddy about. 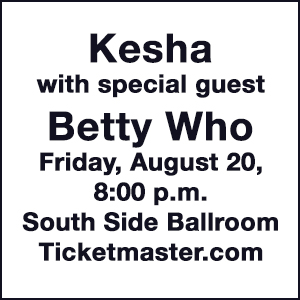 Who was made for the stage. There’s an electricity about her that audiences cannot seem to resist. You don’t have to know her music or even know how to dance. It seems anyone in her orbit finds themselves caught up in the Betty Who current.

In 2012, Who’s release of “Somebody Loves You” topped Billboard’s Dance Club Songs chart, which led her to a deal with RCA Records and the April 2014 release of Slow Dancing, her debut LP. That EP reached No. 57 on Billboard’s Hot 100 Albums chart.

Take Me When You Go, her debut album, hit No. 68 on the Hot 100. Then her single “All of You” became her second to reach No. 1 on Billboard’s Dance Club Songs chart.

When she released a cover of Donna Lewis’ “I Love You Always Forever,” it became her third No. 1 hit on the Billboard Dance Club Songs chart and reached No. 1 on Australia’s ARIA Singles Chart. The Valley, her second album, hit No. 105 on the Billboard Hot 100 Albums chart.

Then Betty left RCA Records in 2017. The following January she released the single “Ignore Me.” Following that, she released covers of Kylie Minogue’s “Come into My World” and Widelife’s “All Things (Just Keep Getting Better),” the latter of which was used as the theme song to the second season of Netflix’s Queer Eye reboot.

And in February 2019, her album Betty dropped, featuring an impressively wide range of music.

Who has always wanted to perform to packed houses, to command a stage, to be a true pop star. She never imagined she’d become a gay icon along the way. But she is thrilled to have earned that honor.

Despite the fact that becoming a true pop star is incredibly improbable, Who has done it — and Dallas Voice had the chance to catch up with her in advance of her tour with Kesha to hear more about what makes Who who she is.

Dallas Voice: Did you ever think you were out of your mind thinking you really could become a pop star? Betty Who: I’ve always thought I could do it. [Even though] the actual success rate of people who want to be in this business and want to succeed on this large-scale level versus people who actually make it, I feel like I’m making an assumption and a generalization, but I imagine that those numbers are really in opposition.

So, were you into music when you were a kid? I think I definitely was really musical. I started playing cello when I was four, so music was always my thing. I was always running to a different music lesson. I took so many different lessons. I was in musical theater stuff. I was always running around doing some kind of musical-adjacent extracurricular activity.

How did you become an icon in the gay community in particular? It’s really shocking. It’s very confusing to me, still to this day. But it makes so much sense also, because I’m queer, and my life is so gay, and this makes so much sense of course. But it’s never like, “I’m going to go out there, and I’m going to get the gays.” I didn’t even know. I put out a free song on the internet. I didn’t even know what I was doing.

And you identify as queer, right? Yes, I do. I think I’m probably bisexual. I am absolutely not straight. But I also know I’m not 100 percent gay, because I love boys.

You’re performed at a zillion Prides and Pride adjacent events. What’s that like? I’ve performed at what feels like every fucking Pride in this country, and I think the thing that really stands out is that it is a celebration and that the intention of Pride is to celebrate otherness, to celebrate being yourself in spite of somebody else wanting something else for you, in spite of judgment that you come up against from other people.

How did you come to be known as Betty Who? The short version is I wrote a song when I was 17, and I called it “Betty Who” because I liked the sound of the name. Then later, I was talking about wanting a stage name, and I said to one of my best friends, “What do you think about Betty Who?” He looked at me so earnestly and said, “Don’t think about it. If you overthink it, you’ll never pick a name. That’s great. Go with it.” And I made a Facebook page that night.

What’s your ultimate career fantasy? I grew up idolizing arena shows. The Britney Spears Live in Las Vegas at the MGM HBO special — I burned that DVD out in my DVD player as a kid. Same goes for the Beyonce I Am... tour.

A headlining female pop act in an arena is truly what I fucking live for. It is my favorite thing on the planet to go see. I love arena shows. I love opening for acts in arenas. I just did the Panic at the Disco tour before quarantine, and I was just like, “If I could wave a magic wand right now, I would want to headline arenas.”

Be sure to check out the Dallas Voice’s special Applause 2021 issue in print and online Friday, Aug. 20 for much, much more about the reviving and thriving Art+Entertainment scene in North Texas