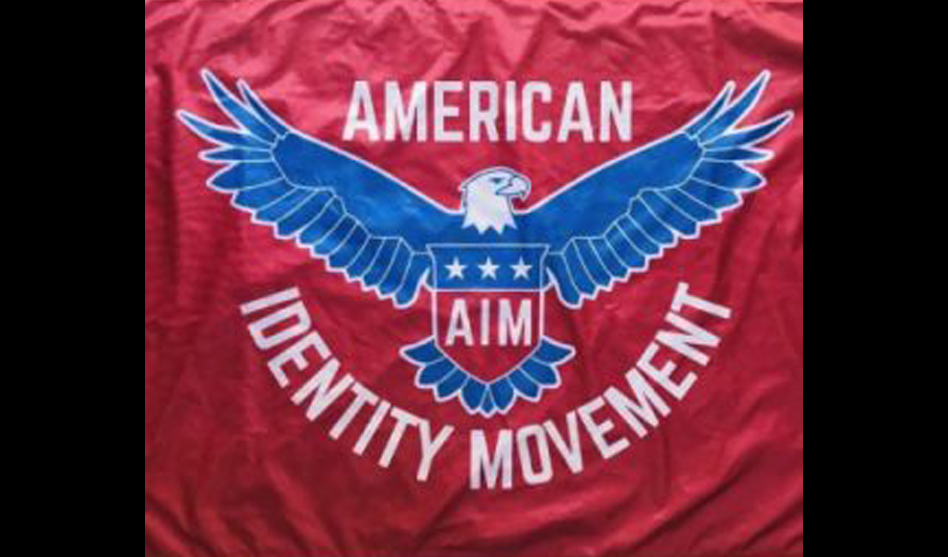 Apparently, the American Identity Movement — which used to be called Evropa and was one of the groups participating in the white supremacist “Unite The Right” rally in Charlottesville two years ago that resulted in the death of counter-protester Heather Heyer when a racist jerk ran her down with his car — is planning a big shindig this weekend in North Texas.

In a post to Reddit on June 28, a guy named Patrick announced that, according to “DFW CL @ryan_james,” The “AIM DFW Chapter is excited to host the summer’s national action in Dallas” from Friday, Aug. 16, through Sunday, Aug. 18.

“Get ready to eat some great food, see good friends from other AIM Chapters, and execute some high-quality activism in the Great State of Texas,” the post — from @ryan_james and reposted by Patrick — declares.

The post goes on to note that the group has “a number of activism and fraternal events” planned, but that “the activism is encouraged, though not mandatory.”

The post continues, “So if you want to participate in high-impact activism, you should come. If you are excited about low-risk flyering and park cleanups, you should come. And if you are not sure about the activism in general yet are looking for to the food and friends, you should come. For you, reading this now, this is your ‘must attend’ event!”

Apparently you also have to buy a ticket to prove what a racist asshole you are. The post indicates that “Tickets will include a few meals and lodging as indicated,” then goes on to note that tickets are $40, but “Tickets & Lodging at AirBnB” are $100.

Today (Thursday, Aug. 15) the Democrat Parties of Dallas and Collin counties (some events are in Dallas and others in McKinney, it seems) issued a joint statement in response to expected influx of hateful bigots:

“Carol Donovan, chairwoman of the Dallas County Democratic Party, and Michael Rawlins, chairman of the Collin County Democratic Party, jointly condemn this event and the white supremacist ideology these organizations advocate. The party chairs state their firm belief that the white nationalist ideology of AIM and others has no place in our great counties, state or nation. In addition, the chairs express their concern for the safety of Collin and Dallas County residents and the law enforcement personnel who serve this county.

“DCDP Chair Carol Donovan stated, ‘The white supremacy movement must be stopped in America. It is contrary to the founding principles of our republic. Today we have high-level elected officials, including President Trump, who give tacit approval to this movement for political gain. We as Democrats and Americans cannot tolerate hate and racism. Please stand with us in unity to strengthen the fabric of our country.”

On Monday, Dallas’ Fox 4 News reported that stickers linking to a website for the white supremacy group Patriot Front, members of which, according to the Anti-Defamation League, “maintain that their ancestors conquered America and bequeathed it solely to them.” ADL and the Southern Poverty Law Center both list Patriot Front as a hate group and say that it “spun off from” the Charlottesville rally.

The TV news station said the stickers were spotted in North Dallas and that social media posts indicate that they were posted by “activists” in Fort Worth and Grand Prairie, too. The stickers included a QR code that linked back to the Patriot Front website.

Fox 4 also notes that the SPLC is currently tracking 73 hate groups in Texas. Of those 14 — including Patriot Front — are statewide. A check of the SPLC website shows that the vast majority — 22 of the 73 — are white nationalist/white supremacy/neo-Nazi/racist groups. There are nine identified as black nationalist groups, six each as anti-Muslim and anti-LGBT (including one called Probe Ministries in Plano), four as “general hate” groups, two as anti-immigrant, and one each as “male supremacy,” Holocaust denial, Christian identity and hate music.

You can see what each group is called and where they are based on the SPLC website. And yeah, I figure there is plenty of hate crossover between them because, you know, most of the white supremacists and neo-Nazis hate the gays, too.

Anyway, y’all be safe out there this weekend — and every day, really. Hatefulness and bigotry is everywhere, and these days, the haters have few qualms about showing their faces and backing their hate up with violence.