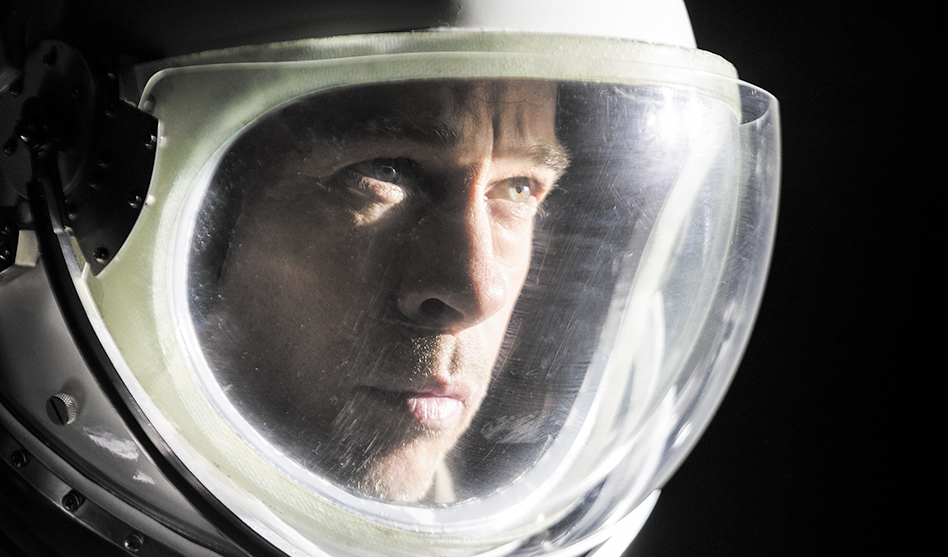 When Stanley Kubrick released his seminal scifi film 2001: A Space Odyssey, the druggie counterculture was at its peak — the Summer of Love was still in hangover mode — and this trippy meditation on the vastness of the galaxy and the psychological implications of deep-space exploration was brand new.

Within a decade, Star Wars came out and space became fun again.

But the Kurbickian template didn’t die, it just went into hypersleep. In the past decade, filmmakers — faced with advances in technology — have allowed the “meaning” of man as a dot on a planet in an infinite universe to become central to the point of outer space movies: Sunshine, Moon, Interstellar, Arrival, First Man. Once again, the implication of whether we are alone in the cosmos, and what that even means, has renewed poignancy.

Over that patina of scifi, apply the lacquer of the recent films of Terrence Malick, whose moody, experimental films like The Tree of Life, To the Wonder and Knight of Cups have transformed images of man and nature into elegies ruminating on the nature of being. It’s the New Existentialism … appropriate in an age when many of us are questioning the legitimacy of our own institutions.

Ad Astra, the new film starring Brad Pitt, feels a progression of these themes — The Shining in space.

That probably makes the film sound more appealing that I found it ultimately to be. We learn about the main character, astronaut Roy McBride (Pitt), in doleful diary entries. As a result, we don’t really know, at least for the first half, what kind of film it’s going to be. This does create a fair amount of tension: Are we waiting to see a thriller, a mystery, an actioner, pure scifi? That uncertainty engenders as much discomfort as fear. But like a neutron star, it seems to collapse in on itself, becoming dense and mired in its own weightiness.

As a linear experience, it has merits. In the foreseeable future (not too far, yet contradictorily, far enough that many laws of physics have changed) a near-death experience caused by a massive power surge alters Roy’s life. The military keeps the real reason a secret from the masses: A bolt of antimatter, apparently emitting from Neptune… and possibly originating from a failed mission to the outer edge of the solar system led, decades ago, by Roy’s father (Tommy Lee Jones). Roy is sent to Mars to attempt to communicate with dad, and the notoriously calm astronaut is put through an emotional ringer on his journey discovering facts about his own history he never knew… or dealt with.

But in retrospect, too much of Ad Astra comes off as random and unnecessary: Terrorist attacks; bureaucratic protocols; a horrific murder on a space craft that is never really explained. Is this all a metaphor for the end times or a psychological profile?

I could never fully resolve the contradictions, especially on the walk home, though I did appreciate some of the ride. Pitt has matured into an actor of Gary Cooper-like restraint, whose face is interesting but inscrutable, so we can project onto him. He doesn’t come across as pensive, but as emotionally turbid. That said, he and Jones both seem at least a decade too old for their roles. (Even in the flashbacks, Jones appears too haggard for space flight.) Add to that there’s more fi than sci, and I constantly found myself at war with the premises.

Director James Gray tends to accentuate these hurdles rather than minimize them. He’s always been the most dour of directors, someone for whom sluggish pacing is a default condition. The film’s opening chyron only emphasized its portentousness, then darts down rabbit holes that don’t illuminate plot or character, merely theme.

Still, I wouldn’t write off Ad Astra… not yet. I have a sense that my appreciation for it might — might — grow on subsequent viewings, especially were I able to wrap my mind around some of the more Kafka-esque moments. Malick’s films do that; so do Kubrick’s. Gray isn’t in their league, but there’s the chance something more is out there, orbiting the soul of this movie, invisible in the dark vacuum of space. We can always keep looking.