Whatever the answer is, it shouldn’t be ‘more guns’ 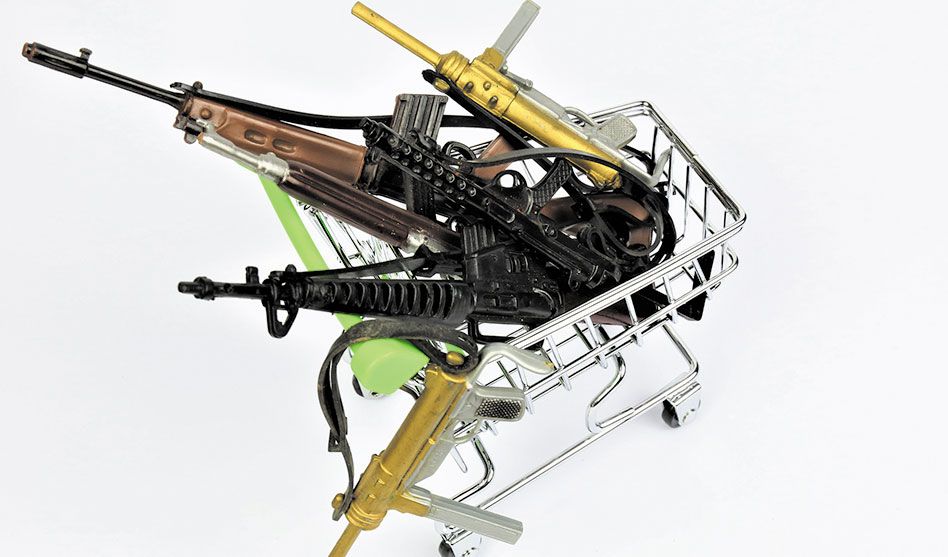 These are dark times. The Supreme Court is going to either overturn or completely gut Roe v Wade, making abortion illegal — or at least impossible to get — in states across the country. We’re still in a pandemic which has killed well over 807,000 people in the United States alone, and yet, Republicans are still all, “Vaccines are a Biden plot to make you magnetic and/or put a tiny robot in your blood to track you,” all while calling themselves the Pro-Life Party. Then there’s the Republican plot to do away with democracy in favor of some kind of white-supremacist dictatorship.

And then there are the guns.

I hate how we are the only country on earth where school shootings occur regularly.

On Tuesday, Nov. 30, it happened again. This time at Oxford High School. A 15-year-old child killed four other children.

Oxford isn’t that far from where I live now, and it is even closer to where I grew up. In fact, I went to high school with the mother of the shooter. Same graduating class. I didn’t know her very well; I don’t remember that much about her. To be fair, she probably doesn’t remember much about me, either.

My son and my wife, who is a teacher, did not go to school on Friday because their schools were closed. Too many threats, not enough time to track them down. Too big of a risk.

Thankfully, this has given Michigan Republicans the chance to do what they have planned to do all along: Nothing. Or, worse than nothing.

They want guns to be even easier to get and carry. They’re talking, again, about arming teachers. With them, “more guns” is always the answer.

I was just reading about Robert Fehring, a 74-year-old New York man who was arrested for “mailing dozens of letters threatening to assault, shoot and bomb LGBTQ-affiliated individuals, organizations and businesses, including New York City’s annual Pride festival,” according to NBC News.

When police searched his house, they found two loaded guns and hundreds of rounds of ammunition.

His letters are vile and hateful — something that would make Fred Phelps and his Westboro ilk proud. I won’t quote them here. But I will say he wanted to make the 2015 Pulse Nightclub shooting look like “a cakewalk.”

Have you ever done a cakewalk? I know now that a “cakewalk” actually has a complicated history that is tied to slavery, which basically sums up American history.

But the only cakewalk I ever participated in involved walking around a room with numbers on the floor. There was music that stopped, like musical chairs. If you were on the number they called you won a cake.

And anyone who thinks the shooting of over 100 people is a “cakewalk” definitely shouldn’t have guns.

According to NBC News, Ferling said that there is “a sick overdose of that stuff being shoved down everybody’s face on the paper, on the TV and all over the place, and I’m not a fan of any of the homosexuality, homosexual thing.”

And so, his response is to threaten death and violence and prepare to enact it.

There are a lot of things I am not a fan of. There are certainly things that you, reader, are not a fan of. But it’s a symptom of our toxic-masculinity obsessed culture that the way to approach things you don’t like is with a gun.

It’s almost like there’s a sick overdose of that stuff. And it’s killing us.

D’Anne Witkowski is a writer living in Michigan with her wife and son. She has been writing about LGBTQ+ politics for nearly two decades. Follow her on  Twitter @MamaDWitkowski.