What you need to know about World Pride in NYC 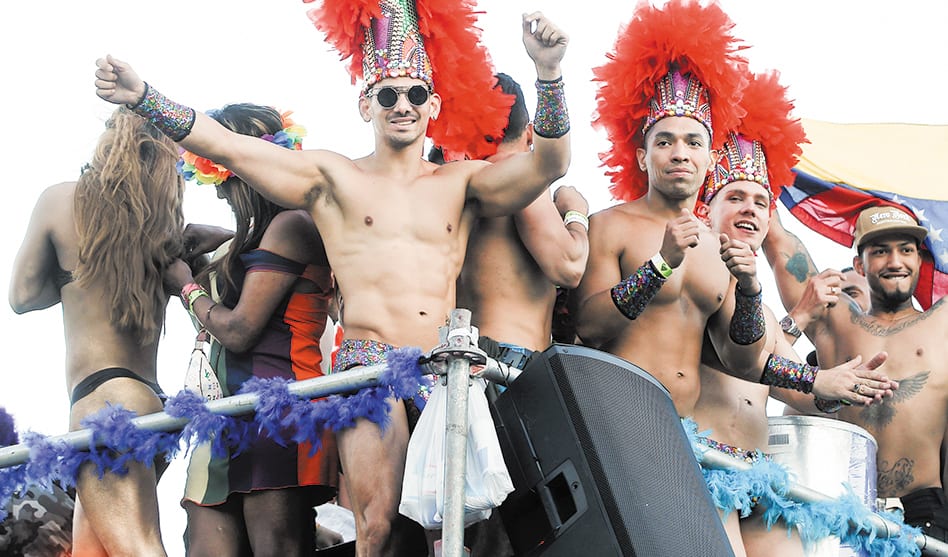 Participants dance on an open truck during the Pride demonstration and parade ending the 10-day WorldPride festivities, in Madrid, Spain, in 2017. (Paul White/Associated Press)

New York Pride is already known as a go-to celebration of lesbian, gay, bisexual, transgender and queer people. More than 2 million people attend the month-long series of events organized by Heritage of Pride, the not-for-profit organizer of the annual celebration.

With this year commemorating the 50th anniversary of the Stonewall Inn riots, when police, conducting what was supposed to be a “routine raid” on the bar, met violent resistance from the clientele. That botched bar raid that elevated the fight for LGBTQ civil rights and became the catalyst for the modern LGBT Pride movement.

InterPride is one of the groups keeping Pride alive worldwide. Founded in 1982 as National Association of Lesbian and Gay Pride Coordinators as a resource for local Prides in the United States, it rapidly grew, eventually renaming itself as the International Association of Lesbian, Gay, Bisexual and Transgender Pride Coordinators. Austin Pride, the Dallas Tavern Guild, Houston Pride and five other Texas organizations are members.

Among their initiatives is WorldPride, an international recognition of LGBTQ progress and Pride making its U.S. debut at NYC Pride later this month.

“The organization must be a member of InterPride in good standing to bid,” said Alan Rieff, one of the three

WorldPride committee chairs. “In addition to the opening and closing ceremonies, a Pride march, a festival and a Human Rights Conference, there are a few other requirements.”

Those are mostly logistical requirements: a proposed budget, details on access and transportation and provide hotel suggestions with discounts for InterPride members.

According to J. Andrew Baker, InterPride Co-President, the concept was first proposed in the mid 1990s. “At that time, it was about bringing people together [and] signifying the growth of Pride,” Baker said. “WorldPride didn’t build as a brand after the Rome gathering. Instead it occurred where there was some poignant reason.”

In the case of the Stonewall commemoration, Baker said, “There wasn’t anywhere else in the world WorldPride could happen.”

Member organizations have the opportunity to show off their strengths throughout June.

115,000 people have already registered for WorldPride, said Cathy Renna, the media consultant for NYC Pride, and she anticipates 150,000 registrants just for WorldPride events, which take place at the end of June. With the large crowds of international visitors flowing into the city, WorldPride is like another familiar international gathering –– the Olympics.

World Pride festivities kick off June 26 at Barclays Center. Tickets cost between $45 and $375. The free closing ceremony is in Times Square on June 30.

Registration and more info on all pride events is available at https://2019-worldpride-stonewall50.nycpride.org/.

All the info in 1 place

The Stonewall 50 Consortium has organized a master calendar of the host of events occurring during and around this year’s pride. The calendar is available at Stonewall50consortium.org/calendar/.
Some highlights include:
• Harlem Pride hosts their annual pride gospel choir concert at St. Paul’s Baptist Church from 5 to 8 pm on June 2.
• The Generations Project hosts “Untold Stories of the LGBTQ+ Movement”at Bloomberg on June 10 from 6 to 8 pm.
• Hugh Ryan reads from his new book When Brooklyn Was Queer, an exploration of the LGBT history of Brooklyn, from the early days of Walt Whitman in the 1850s up through the queer women who worked at the Brooklyn Navy Yard at the Central Library on June 13 at 6 pm. Free but RSVPs requested. RSVP to [email protected]