What to expect out of Austin 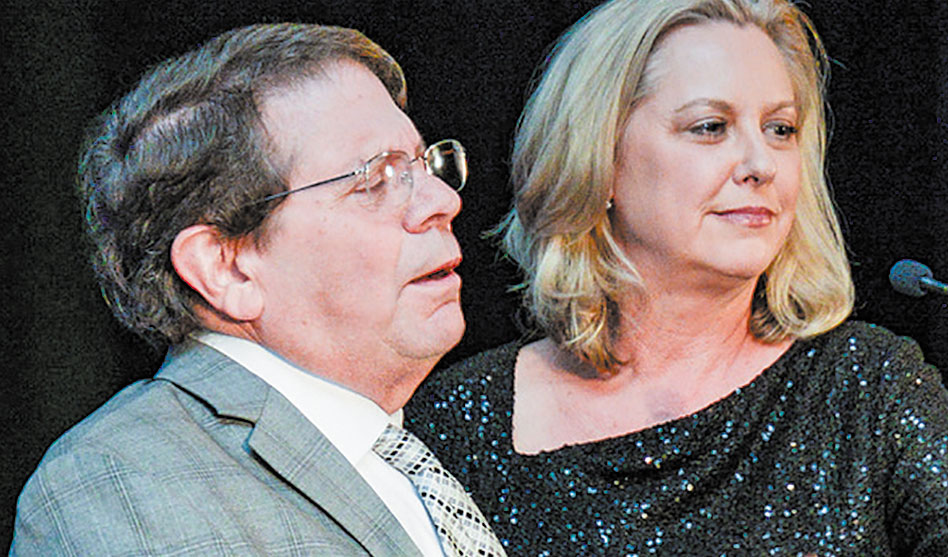 A glimpse at the next legislative session

What do secession, marijuana and flagrant violations of the U.S. Constitution have in common? They’re all topics addressed among the more the bills filed ahead of the 87th legislative session, which convenes next week on Jan. 12. Incumbent and incoming legislators have filed more than 1,000 bills since legislators began to file bills on Nov. 9.

Pre-filed bills include a variety of topics, from one calling for a voter referendum on whether Texas should secede from the United States filed by Rep. Kyle Biedermann, a Central Texas Republican, to a bill abolishing the death penalty filed by Rep. Harold Dutton, a Houston Democrat.
Legislative priorities have not been finalized, but members have filed a range of bills legalizing or decriminalizing marijuana for recreational use, further criminal justice reforms and expanded mental health services.

But the culture wars haven’t gone away. A bill from Rep. Steve Toth, R-The Woodlands, would punish medical providers who provide transition care for transgender children, is at the top of arch-conservative lawmakers’ minds. While there are other members that support his bill, Toth may face an uphill climb: He’s rescinded his endorsement of Gov. Greg Abbott and has filed bills restricting Abbott’s emergency powers as a result of the coronavirus pandemic.

Angela Hale, Equality Texas’s senior advisor, said Toth’s bill is similar to bills filed in other state legislatures. The attacks on transgender kids are what she called “the bathroom bill 2 or 3.0,” referring to the anti-transgender bills filed across the country in previous legislative sessions, including in Texas, restricting bathroom access for trans people.

While those bills failed in Texas, and even led to election losses for some of their most prominent backers, anti-LGBT advocates are not giving up on their efforts attacking transgender people.

Other anticipated bills include some restricting transgender athletes’ participation in sports and religious refusal bills allowing faith-based groups to deny services to LGBTQ people based on religious beliefs.

Still, LGBTQ advocates may have reason to be optimistic this session. Last session, in 2019, many LGBT bills received committee hearings for the first time, including one by Rep. Celia Israel, D-Austin, banning conversion therapy. Another bill, introduced by Rep. Garnet Coleman, D-Houston, that would have added sexual orientation and gender identity to the state hate crimes’ statue, received a committee hearing as well.

But in a major victory for the progressive factions, Republican legislators last session killed a set of bills considered a priority by business groups and Republican leaders. Those so-called pre-emption bills would have barred cities from requiring companies to provide certain benefits, including paid sick leave, and from regulating employee scheduling.

Those measures were popular among Republicans, but the original Senate sponsor bucked business groups and other stakeholders by also prohibiting nondiscrimination ordinances. So the bills ultimately died, in part due to then-State Affairs Committee Chair Dade Phelan, R-Beaumont. Phelan is now Speaker of the House-elect.

Phelan told the Texas Tribune last year he was “done talking about bashing on the gay community” and didn’t want to push legislation that could be used as a vehicle for discrimination. “It’s completely unacceptable … . This is 2019,” he said at the time.
While Phelan overall earned a C on Equality Texas’s 2019 voting scorecard, Phelan is backed by the Republican caucus and many Democrats, including the founding leaders of the LGBTQ Caucus.

The chamber’s partisan makeup will be the same as last session’s, with Republicans holding 83 seats to Democrats’ 67. Most of the damning anti-LGBTQ bills were dead on arrival last session, so there is hope the same thing will happen this time around.

At the same time, the chamber ironically became even more conservative after the November elections. That’s when Rep.-elect Ann Johnson of Houston, a lesbian attorney and Democrat, defeated Republican Rep. Sarah Davis, R-West University Place. Davis is a moderate Republican, and the only steadfast backer of LGBTQ rights among Republicans in the House. She was backed by the Human Rights Campaign and Texas Equity PAC. Her loss to Johnson makes her party even more conservative, and since Democrats also lost a seat, the House is more conservative as well.
Johnson’s election, however, adds to the ranks of openly LGBTQ legislators in the lower chamber, bringing the total to six.

“Every legislative session, the rights of LGBTQ people are on the line,” Hale said. But while the group and its allies have been on the defense, they want to be on the offense, including working with both parties to advance pro-LGBTQ legislation.

While members of the caucus are focused on advancing pro-LGBTQ legislation, they also have other legislative agendas.

Rep. Jessica González, D-Dallas, has filed 21 bills so far, including a package of 11 bills addressing affordable housing, the election code and strengthening the habeas corpus process.

“Despite the COVID-19 pandemic, our office has remained diligent in working for House District 104,” Jessica González said. “I am looking forward to the 87th Legislative session so we can continue to serve our community. Protecting and expanding affordable housing is a necessary action to ensure our communities can continue living in their homes and neighborhoods.”

She also filed a bill to repeal the language allowing faith-based foster agencies to refuse LGBTQ people and others based on religious beliefs, otherwise known as religious freedom or religious bills. That rule became law in 2017.

Thousands of bills may be already filed, but many of those may never see the light. The legislature this year also must address a budget multi-billion-dollar budget deficit caused by the COVID-19 pandemic, the decennial redistricting process (which will be controlled by Republicans) and the prospect of a short session initially focused on their one constitutional duty: passing a budget.

Many lawmakers have suggested holding a separation session for the required decennial redistricting process once vaccinations have been distributed to the general public. Talks are ongoing, and lawmakers have until the 87th session begins on Jan. 12 to decide.

The good, the bad

Following is a list of bills specifically dealing with LGBTQ and HIV/AIDS issues that have been prefiled for the 87th session of the Texas Legislature.

BAD:
• HB 68 by Rep. Steve Toth, R-The Woodlands, banning medically-necessary procedures for children 18 and under.
• HB 369 by Rep. Tom Craddick, R-Midland, adding the use of HIV and other communicable diseases in a criminal case to felony law.