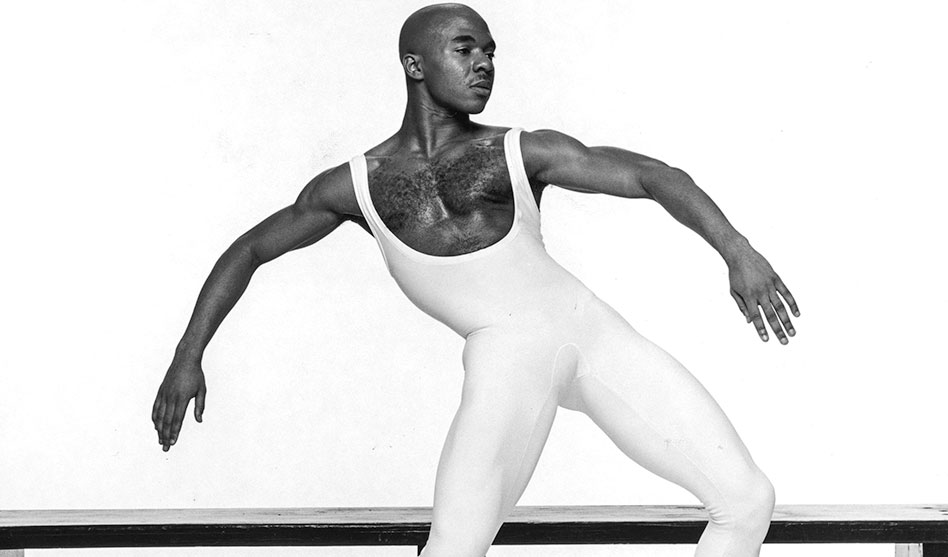 Matthew Rushing was a dancer with Alvin Ailey for nearly three decades before being named associate artistic director in January.

The dance world changed forever when Alvin Ailey — a gay black man in Jim Crow America — created his titular company with a troupe of young dancers (all African-American) in 1958. Today, more than 30 years after Ailey’s death from complications resulting from AIDS, his legacy lives on through that company that has performed throughout the world with more than 200 works in repertory.

As of January, the company has had a big change with the naming of Matthew Rushing as its new associate artistic director… and he’s intent on perpetuating Ailey’s vision both as a dance pioneer and queer icon. Weeks into his new position, he’s still sinking into it.

“So, I’m still trying to figure that out, and that means there is a lot I’m finding out,” he says with a laugh. “Nothing prepares you for the weight and span of the responsibilities of this job…” not even 28 years as a dancer for the Alvin Ailey American Dance Theater, which will present three performances March 13 and 14 at the Winspear Opera House, plus a sold-out master class at Booker T. Washington High School for the Performing and Visual Arts. 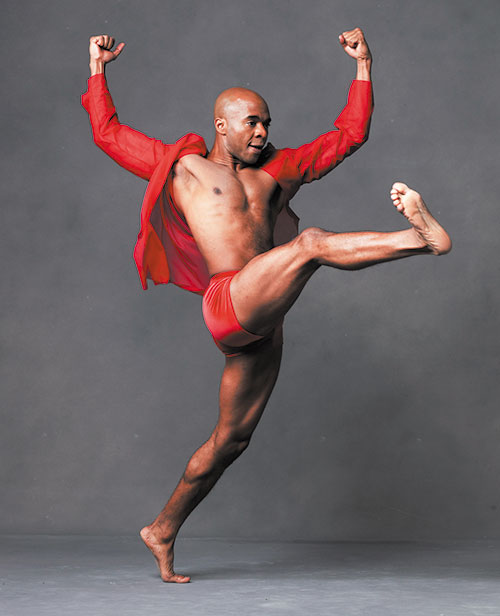 Well, maybe a little. His history as a dancer and performer does help some with the gig … especially how to take care of the dancers.
“I guess the best way to explain it is, I’m responsible for programming, performances, national and international and our two seasons in New York,” he says. “I’m also in charge of casting. A lot of it is keeping the integrity of the repertory, and that alone is massive.” (He does so with a team that includes rehearsal director Ronni Favors and assistant rehearsal director Clifton Brown.)

In addition to maintaining its history, part of the job is carving out his own course. Rushing explains his vision for the company revolves around the dancers and providing a foundation of support as well as the programming, but he does recognize that in today’s dialogue on prejudice and inequality, the importance of what AAADT contributes to the conversation.

“One of beautiful things about art is that it encompasses beauty and entertainment but also healing in times of discourse,” he says. “We’ve been this vehicle of expression in speaking different truths on behalf of different people. We’ve always been a vehicle for social justice and equality.”

And today, that need is greater and perhaps more specific.

Alvin Ailey’s queer legacy adds another layer to that, but for Rushing the message remains the same.

‘When you have a true message, especially a message of love, everyone will feel embraced and receive these messages,” he says. “I think all communities will feel a sense of [being] included and valued in the conversation. That’s the vision Mr. Ailey and Mr. [Robert] Battle [the current artistic director] have always operated in.”

For the Dallas performances, Rushing recognizes the key roles of women in these upcoming shows.

“We have two different programs over the weekend. One includes En by Jessica Lang. This was her 100th ballet, and she has a strong connection to Ailey,” he says. “But there are many created by women this weekend.”

En will also be performed with the world premiere of Ode by Jamar Roberts Friday and Saturday night. The second program, on Saturday afternoon, will feature the company premieres of BUSK by Aszure Barton and City of Rain by Camille A. Brown, along with A Case of You by Judith Jamison. Both programs conclude with Ailey’s Revelations.

“As I think about the job and Mr. Ailey, these works are used to bring hope and to heal, and I think there is this universal effect that dance has,” Rushing says. “After all this time, I am understanding the power of dance now.”