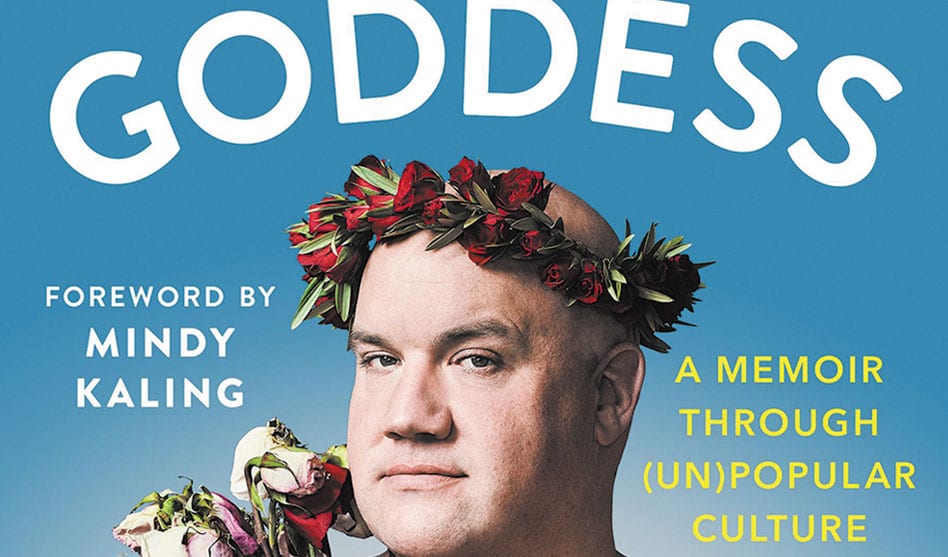 Even before he was born, Guy Branum was a wrong-place-wrong-time kind of person. His parents had married because of an unexpected pregnancy before he came along; his father’s parents were cold and distant and that seemed to extend to Branum’s relationship with his own dad. Branum’s mother was a peacekeeper, going along to get along. And his sister… well, Branum barely writes about her, other than her troubles.

He was raised in a California farming community, for which he has little good to say. It was a country-bumpkin kind of existence, but Branum found a deep love for words; they soothed him, although his large vocabulary made him stand out, often negatively. Most of his childhood likewise had its ups and downs: he grew up watching old sitcoms on TV, traveling with the family and watching the adults around him.

That included an uncle who was a heavy drinker, and Branum’s father, whom he says he never really knew how to please. He couldn’t wait to escape.

He was in elementary school when he figured out that he was attracted to boys but he couldn’t be gay, right? Except he was, and when his father pushed him into playing football as a 12-year-old, Branum knew that he had to use caution. Locker rooms and still-closeted, still-questioning boys are not always a good mix.

He was in college when he gained a Secret Service file, and acceptance for his gayness. His mother cried when he came out. His father clumsily learned to accept it.

Today, Branum makes his living doing stand-up comedy and writing for comedy shows, but that’s just a smidge of what he soapboxes about in My Life as a Goddess.

Indeed, there’s a lot of lecturing going on here, and while Branum is surely knowledgeable, pages and pages on topics only peripherally relevant to his life story feels too much like, well, like an interminably long high school class. It’s a good guess that that’s not why readers would want this book.

Surprisingly, there’s not much of what readers would expect here, either. Instead of the humor you might anticipate in a book by a standup comedian, Branum tells tales of isolation and frustration with his growing-up situation. It’s told well, giving readers inspirational insight to his life, and the humor kicks in about halfway through, but by then, it’s pretty safe to say that you may not be in the mood to laugh.

Overall, read this book for the memoir and not the mirth. My Life as a Goddess tells a good life story but as for humor, that may be just a myth.