What a difference 30 years makes 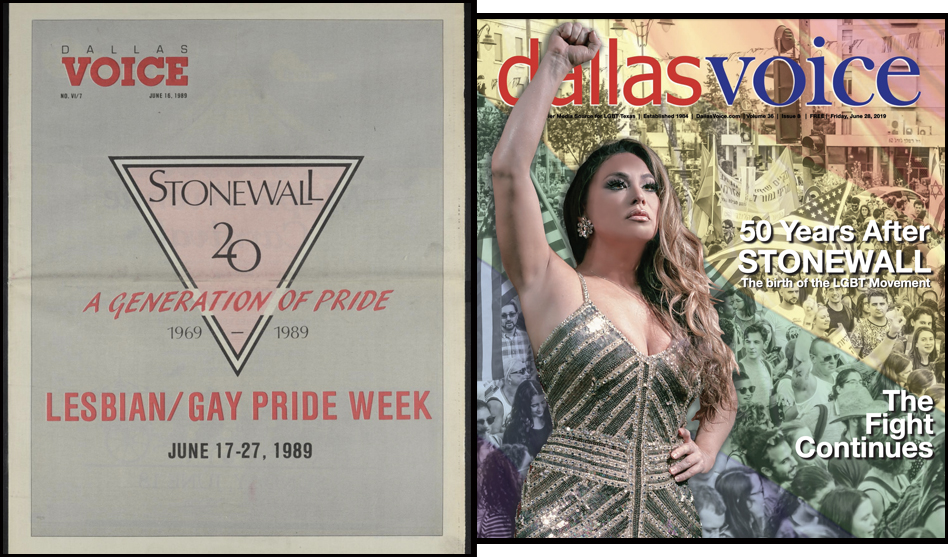 In the process of of looking up the articles I wrote in 1989 when Mica England first came to Dallas and began the battle that would eventually result in the city of Dallas and the Dallas Police Department being forced to change hiring policies that discriminated against lesbians and gays — not to mention resulting in the nullification of the Texas Sodomy Law (Section 21.06 of the Texas Penal Code) in the 34 counties under the jurisdiction of Texas’ 3rd Court of Appeals — I came across the issue of Dallas Voice celebrating the 20th anniversary of the Stonewall Riots.

I was struck by two things — first, by the profound changes in Dallas Voice over the years, and secondly, how quickly time passes.

When Dallas Voice published its 28-page, June 16, 1989, issue honoring the 20th anniversary of Stonewall, I had been working for the Voice for one year and 10 days. On June 29, 2019, we published our 92-page Stonewall 50 commemorative issue, I have now worked for Dallas for more than 25 of the last 31 years.

You can look at the two covers — published 30 years apart — and see how much Dallas Voice has changed over the course of those 30 years. And yet, I am still here. Goes to show you that the more some things change, some things remain (I am not gonna say “remain the same,” because god knows, I am not the same person I was in June 1989!)

Anyway, watch for my interview with Mica England, which will be published here on DallasVoice.com within an hour or two, as she talks about returning to Dallas this week for the opening of the Dallas Holocaust and Human Rights Museum, which includes an exhibit detailing her civil rights battle and declares her to be “an upstander,” and about the invitation she received from Dallas Police LGBT Liaison Officer Amber Roman to visit DPD headquarters and speak at a meeting of Chief U. Renee Hall and her deputy chiefs.

It’s another example of how much has changed, how far we’ve come as a community and how far we have yet to go.