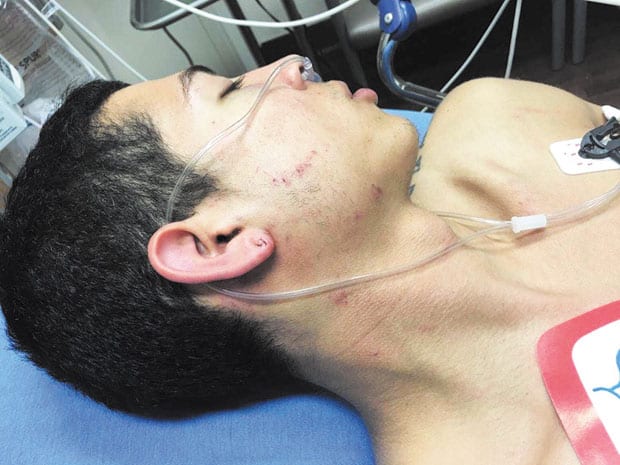 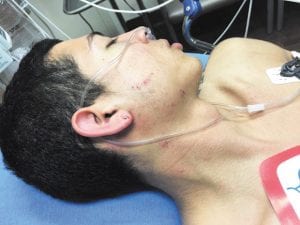 Attorney Kasey Krummel filed a lawsuit on behalf of Cory Weddington against XTC Cabaret on Sunday, May 1 for damages stemming from an incident that occurred at the club on April 2 in which Weddington alleges he was assaulted by XTC employees.
Weddington is asking for at least $200,000 in compensation for  damages of any kind, penalties, costs, expenses, pre-judgment interest and attorney fees.
The suit alleges that an employee of the club shoved Weddington twice, the second time pushing him to the ground, after which four employees “delivered repeated blows to plaintiff’s head, neck, back, face, shoulder and hips, causing Cory severe and irreparable injuries including a fractured jaw, broken nose, abrasions, and a seizure disorder caused by trauma to the back of the head.”
The lawsuit also charges that employees then refused to call for emergency help, and that “Defendant’s employees and agents made public statements on social media that Cory is a criminal and deserved to be attacked.”
Weddington alleges in suit that the attack was bias-motivated because employees called him a “queer” and told two women who were with him at the club to “get that faggot out of here.”
In addition to discrimination and assault, Weddington is suing for defamation and intentional infliction of emotional distress.
Weddington has no criminal convictions but does have a case, which is not settled, pending from an incident four years ago.
The suit is filed against the club because, “XTC had actual knowledge of the hostile condition on the premises that was riddled with complaints of violence and aggravated assaults.” It alleges negligent hiring and supervision that included “actual knowledge of convictions, pending investigations, charges, warrants, and even simply histories of violence among its employees, and intentionally failed to address the matter.” The suit also claims that emergency assistance is routinely called to the location and incident reports are filed.
The defendants have been given 50 days to respond to questions of discovery and the suit asks for a jury trial. Criminal assault charges have not been filed against any XTC employees yet.
The case has been assigned to Judge Tonya Parker.