We put the BIG in ‘bigger in Texas’ 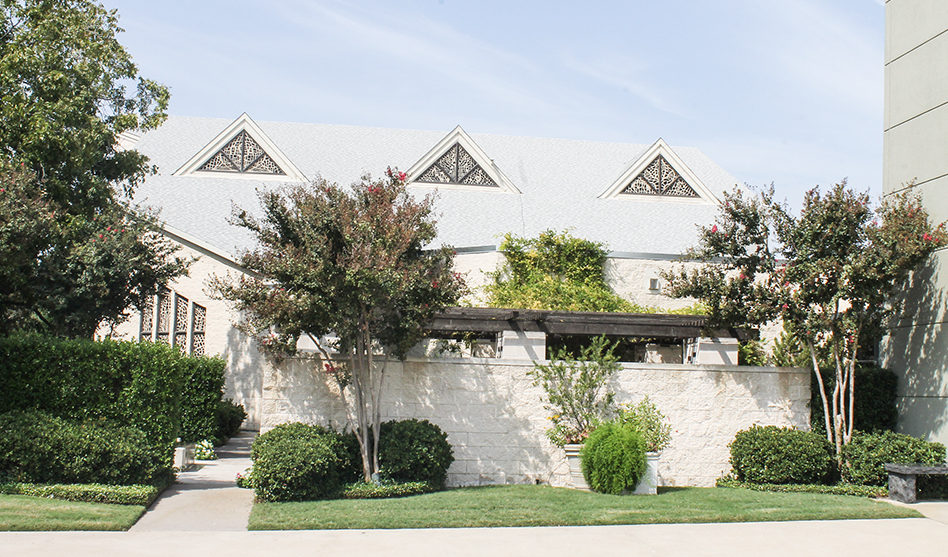 This is Texas, where everything is bigger. But this is not just Texas, this is Big D. We put the “big” in “bigger in Texas.”
Here in Big D, we have one of the largest and most well-organized, cohesive and effective LGBT communities in the country.

And that community has, through the years, created some of the biggest and best organizations, neighborhoods and movements around. Here are just a few of the highlights.

Through the years, that church has grown and changed. The congregation bought its first property in 1976 at 2701 Reagan, and in 1987, the Rev. Michael Piazza was chosen as senior pastor. Under his charismatic leadership the church changed its name to Cathedral of Hope MCC and moved to a new multi-million-dollar facility at 5910 Cedar Springs Road and grew to claim the title of “largest LGBT church in the world.”

Cathedral of Hope disaffiliated with UFMCC in 2003 and became an independent congregation for a short time before joining the United Church of Christ denomination in 2006.

Today, under the leadership of the Rev. Neil G. Cazares-Thomas, Cathedral of Hope has entered a new period of growth and transformation and continues to be a spiritual leader, not just for the LGBTQ community, but for North Texas as a whole. 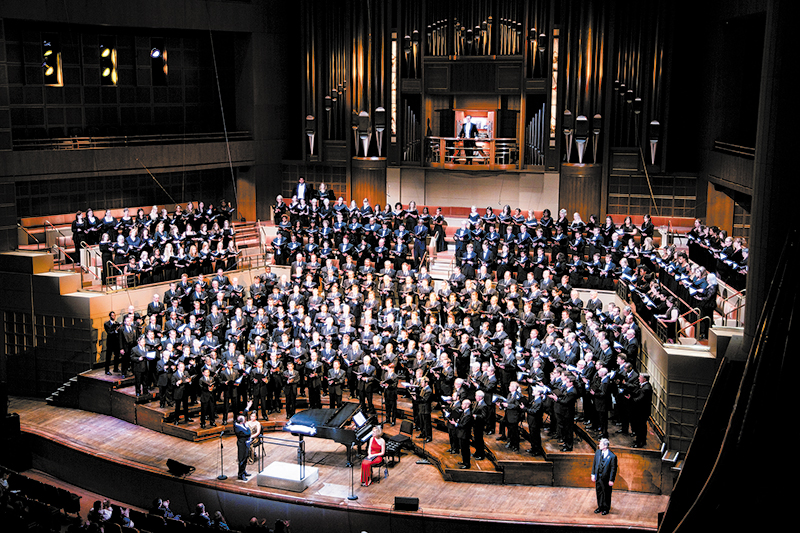 Turtle Creek Chorale was birthed in 1980 when 30 men performed as a chorale at Holy Trinity Catholic Church. Tim Seelig led the chorus for 20 years, spurring growth in membership, in performance and in recognition. Today, under the leadership of Artistic Director Sean Baugh, TCC — which identifies primarily as a gay men’s chorus but welcomes all men and those that identify as male, regardless of sexual orientation — boasts a membership of more than 200 and includes three smaller ensembles: Chamber Chorus, Camerata and SoundBytes.

Turtle Creek Chorale is the most recorded men’s chorus in the world, with 38 albums. It has been featured in two feature-length documentaries including one that received an Emmy, has performed twice at Carnegie Hall, sold out concerts in Barcelona, Berlin and Prague, has performed for Queen Elizabeth II Texas governors and city mayors, and has shared the stage with Liza Minelli, Joan Rivers, Dr. Maya Angelou, Sandi Patty, Gavin Creek, Jennifer Holliday, Nikki Blonski, Margaret Cho and Seth Rudetsky. The chorale has also won numerous awards, including the Crystal Hope Award, the Peace Center Award and the 500 Inc. Ken Bryant Visionary Award.

Turtle Creek Chorale is celebrating its 40th — XL — Anniversary this year and kicks off its XL Season on Sept. 29 with “To All the Women We’ve Loved Before” at The Meyerson Symphony Center. 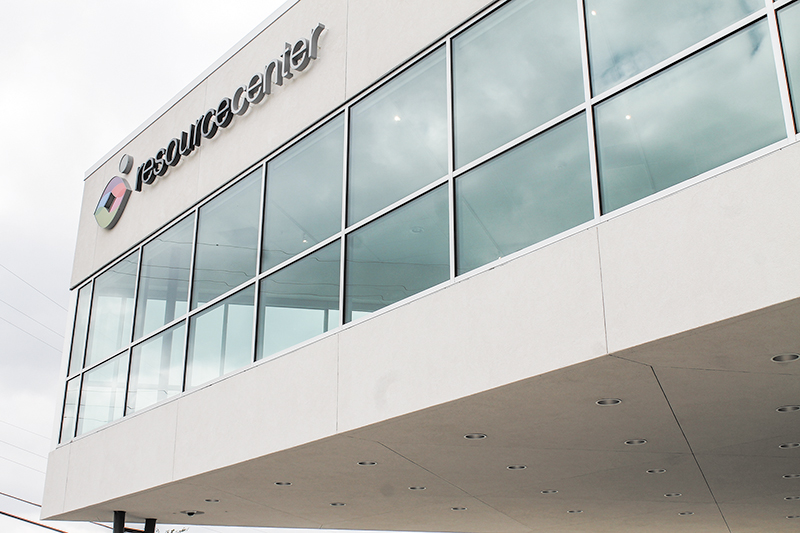 Founded in 1983 as the Foundation for Human Understanding as a program of the Dallas Gay Political Caucus (which is now the Dallas Gay and Lesbian Alliance) the agency now known as Resource Center was established with a focus on education and service and the goal of achieving equality for LGBTQ people in North Texas and beyond. By the mid-1980s, the organization had shifted its focus to including fighting the growing scourge of HIV and AIDS, creating the AIDS Resource Center in 1985, which offered legal services, a food pantry, emergency funds and more. Three years later, the Nelson-Tebedo Health Clinic for HIV treatment, clinical drug trials and HIV testing was added, and today that clinic has expanded its service to include case management, HIV prevention and transgender health services.

After the offices on Cedar Springs were damaged in an arson fire in 1989, the organization moved the clinic and food pantry into spaces on Cedar Springs Road and purchased the MCC of Dallas’ former facilities at 2701 Reagan to house the rest of its programs, naming the facility the John Thomas LGBT Community Center.

Today, the facilities on Reagan Street house the Health Campus, including the nutritional services and hot meals programs, HIV case management and insurance services and the new LGBTQ Health Clinic with Dr. Gene Voskuhl. Dental services for people living with HIV/AIDS a are available at Dental Health on Forest Lane.

More than 1,200 volunteers and a paid staff of more than 61 people make Big D’s Resource Center one of the largest centers of its kind in the United States. More than 60,000 people use the center through its programs and services each year. Those programs and services include the Nelson-Tebedo Health Clinic for those with HIV and other STDs; behavioral programs including mental health and substance abuse counseling, training seminars and workshops and counseling and support groups for a wide range of communities including LGBTQ youth, LGBTQ seniors and transgender men and women; a dental clinic; the new LGBTQ health clinic with Dr. Gene Voskuhl; nutrition services for those with HIV, a PrEP program, the community center and much more.

Resource Center also remains a leader in advocating for the LGBTQ community and for those with HIV/AIDS. 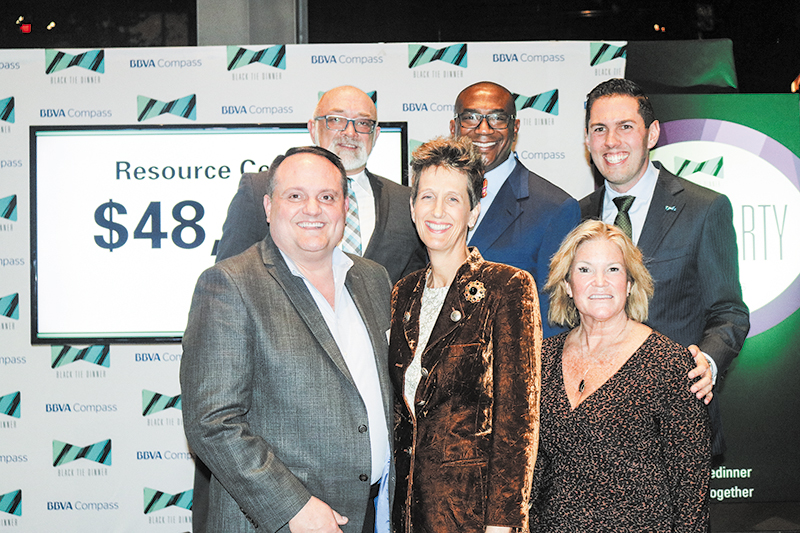 In 1982, a small group of North Texas lesbians and gay men came together for a relatively small and quiet black-tie dinner event that ended up producing a donation of $6,000 for the Washington, D.C.-based advocacy organization, the Human Rights Campaign Foundation. But it didn’t stay small and quiet for long. Today, Dallas-Fort Worth’s annual Black Tie Dinner is the largest and most successful event in the U.S. supporting HRCF, each year raising more than $1 million, which is divided between HRCF and local beneficiary organizations. It is also the only dinner of its kind that also supports local beneficiaries.

Through 2018, Black Tie Dinner had distributed more than $23 million to its beneficiaries.

This year’s Black Tie Dinner, with the theme “Be,” will be held once again at the Sheraton Dallas Hotel on Nov. 2. Don Maison, who served as head of AIDS Services of Dallas for some 30 years before retiring at the end of 2018, will be honored as the recipient of the 2019 Kuchling Humanitarian Award. Award-winning actor Billy Porter is also being honored at the event. 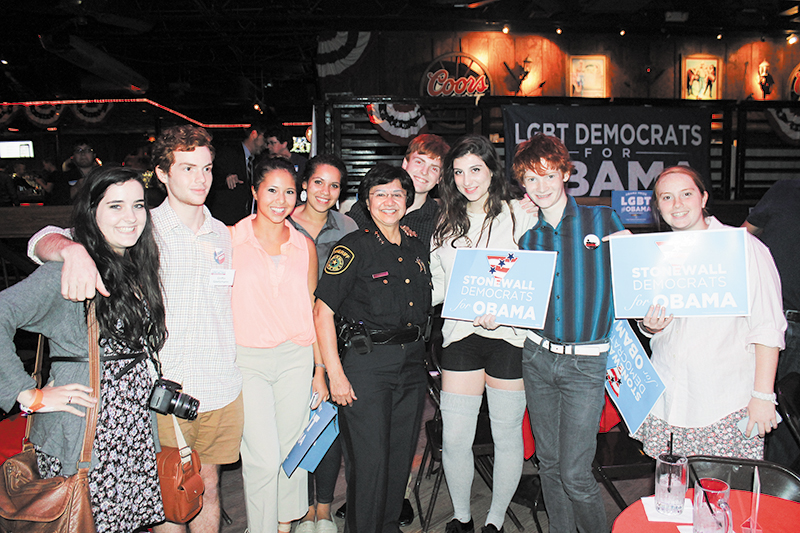 Stonewall Democrats of Dallas was conceived in October 1996 by Christy Kinsler and Gary Fitzsimmons, who brought together a group of North Texas LGBT political activists, in response to a high-profile donation by the LGBT Republican group Log Cabin Republicans in a local race, to create a Democratic Party organization focused on advocating for LGBT equality within the local and state party. That founding group included Michael Milliken, Bill Fry, Sunny Erwin and Al Daniels. And it was Milliken who, for the first several years, provided the funding necessary to keep the fledgling organization afloat.

Today, Stonewall Democrats of Dallas is the single largest Democratic club in Texas and the third-largest Stonewall Democrats chapter in the U.S., with hundreds of members, both LGBTQ and straight allies and including a number of locally-elected government officials. Stonewall Democrats mission is to make sure Democratic candidates and officeholders are sensitized to the political needs of the LGBTQ community, to promote the party’s message of economic justice and social progress within the LGBTQ community, to encourage LGBTQ participation in the political process at all levels, and to facilitate the election Democratic LGBTQ allied candidates.

Stonewall Democrats of Dallas meet once a month, and membership is open to all people — LGBTQ or straight — who support the organization’s mission. 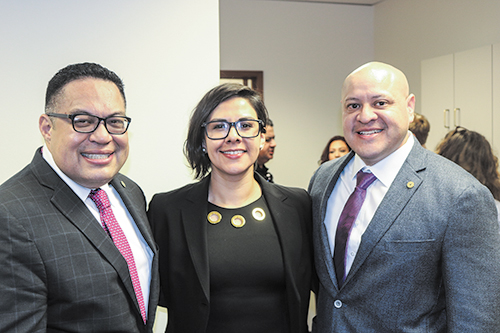 As we said before, Dallas is known for having a large, cohesive and effective LGBTQ community. That’s because the Dallas LGBTQ community is and long has been especially astute in the political arena.

Craig McDaniel became Dallas’ first openly-gay city councilman in 1993 when he was elected to represent District 14, which includes the Oak Lawn gayborhood. But while he was the first, he certainly wasn’t the last. Ed Oakley, for example, served on the council from 2001 to 2007, representing an Oak Cliff district. In 2007, Oakley ran for mayor and made his way into a runoff against Tom Leppert. Oakley eventually garnered 42 percent of the vote in the runoff, losing to Leppert. But had he won, he would have been the first openly-LGBTQ mayor of a top 10 city, and his high-profile campaign helped pave the way for Annise Parker, who was elected as the 61st mayor of Houston in 2010.

Dallas County is responsible for electing two of the five openly-LGBTQ members of the Texas Legislature, too. Glen Maxey became Texas’ first openly-LGBTQ legislator when he was elected to represent District 51 in Austin in 1991. But after he left office in 2003, the state had no openly-LGBTQ lawmakers until voters in District 75 elected Mary Gonzalez to the Texas House in 2012. Celia Israel, representing District 50, joined her in 2014. Then last November, in 2018, Jessica Gonzalez won in District 104 in Dallas, and Julie Johnson won in District 115 in Dallas County. They, along with openly-bisexual state Rep. Erin Zweiner of district 45 who was also elected last November, joined Mary Gonzalez and Israel to establish the Texas Legislature’s first-ever LGBT Caucus. At least 20 non-LGBTQ allies joined the caucus in its first year during the 2019 legislative session.