We ALL back Biden/Harris 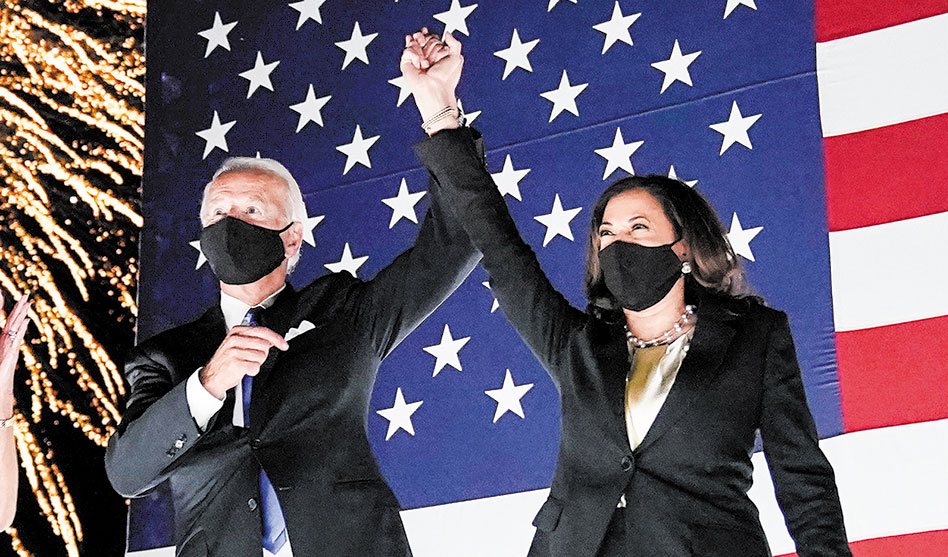 NGMA’s 12 LGBTQ newspapers come together in an historic joint endorsement of Joe Biden and Kamala Harris; our future relies on their victory

Among the many compelling reasons to make sure that Donald Trump and Mike Pence are not re-elected on Nov. 3, perhaps the 26 most compelling are the transgender Americans — most of them trans women of color — known to have been murdered this year.

We needn’t be simple-minded in making this argument. Trump and Pence did not pull the trigger, and those who did must, of course, bear the consequences for their horrific acts.

But the all-too-toxic environment that too many of our transgender siblings have endured in their lives has gotten immeasurably worse over the past four years, under the Trump administration.

For this reason and many more, in an historic move, the 12 newspapers of the National LGBT Media Association, which represents the nation’s oldest and most established LGBTQ publications with a combined circulation of more than one million readers, this week are issuing this joint endorsement of the Joe Biden/ Kamala Harris ticket.

From the start, Donald Trump has used the trans community as a punching bag to prove his toughness to his socially conservative base hungry for a strongman willing to turn back the clock. He has denied trans folks the ability to serve openly in the military; he has sought to strip them of nondiscrimination protections in healthcare; he has worked to rob trans youth of dignity in their schools, he has and battled to take away the right of student athletes to compete in sports.

And against the trans community — as well as lesbian, gay and bisexual Americans — Trump’s administration fought tooth and nail to prevent the pivotal advance we won at the Supreme Court in June — the recognition that we enjoy employment nondiscrimination protections thanks to the 1964 Civil Rights Act.

Still, Trump and his see-no-evil GOP Senate allies refuse to move the Equality Act, which would extend those nondiscrimination protections across the board in areas like housing and public accommodations. For them, the nation’s most embattled minority are bigots who want to enshrine their right to discriminate under the cloak of “religious liberty.”

As in every other aspect of this endorsement, Joe Biden and Kamala Harris offer a stark and redemptive alternative. 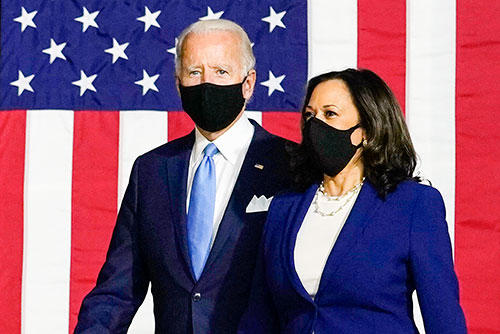 After Senate Majority Leader Mitch McConnell denied President Barack Obama federal judicial appointments in Obama’s last year in office, McConnell and his colleagues have rubber-stamped an unprecedented number of judges — many of them viciously right-wing, others lacking in even the most elementary judicial qualifications — whose influence will last for decades to come.

The cornerstone decision in protecting reproductive freedom — Roe v. Wade — may already be doomed by the Trump court’s configuration. Give him another chance or two to name a member to the high court, and the ball game will definitely be over.
Trump’s governing has been much like his court appointments: Where he is not cruel, he is merely incompetent.

Mexican and other Latin American immigrants have been slurred in overtly racist terms, and their children have been caged. Muslim newcomers to America have also been stigmatized where they have not been blocked outright.

And the damage is not limited to the newcomers. Latinx and Muslim-American citizens have faced increasing levels of hostility and hate crimes.

Trump saw “very fine people, on both sides” during the 2017 neo-Nazi invasion of Charlottesville, Va., but he’s been snide in reacting to the Black Lives Matter movement, telling Bob Woodward, in response to a question about why he can’t bring himself to empathize with Black citizens, “You, you really drank the Kool-Aid, didn’t you?”

The coronavirus’ most recent surge — in the Midwest — and the wild fires raging through wide swaths of the West are only the most calamitous indicators of Trump’s refusal to accept the basic facts of science, a posture at one with his hostility to fact-based discourse on almost any public policy issue. It’s no surprise that the nation’s free press and the unfettered right of Americans to vote — the twin jewels of American democracy — are, in his mind, enemies of the people.

Meanwhile, Trump is most at ease with fellow authoritarian figures around the globe, whether it be Russia’s Putin, North Korea’s Kim, Turkey’s Erdogan or Brazil’s Bolsonaro.

Since Hillary Clinton lost the presidency in 2016 even while winning almost three million more votes than Trump, the Democratic Party has undergone an internal battle of sorts for its soul, pitting insurgent, left-leaning candidates, many of them young newcomers, against more moderate establishment figures — on issues from racial justice to healthcare policy, economic inequality and climate change action. Those are all areas on which debate is legitimate, indeed needed.

But here’s the thing: With four more years of Trump, there is no real consequential venue for having those debates. Trump and his enablers are draining the oxygen out of our democracy.

Debating between left and center in the House of Representatives is no substitute for regaining the White House and the Senate. Only then can we have our debates, lick our wounds and set a course for a better tomorrow.

This election will be decided in a small number of states — perhaps as many as a dozen, more likely just a handful. In all of the battleground states, LGBTQ activists and our progressive allies are on the ground working to elect Joe Biden and Kamala Harris. Especially in a year when much of the campaign will be carried out on the air and online rather than in person, all of us — everywhere across the nation — can pitch in to help in those states where a boost for Biden is most needed.

Grab a bucket, adopt a state and dive in to the battle. None of us should wake up Nov. 4 wishing we had done more.