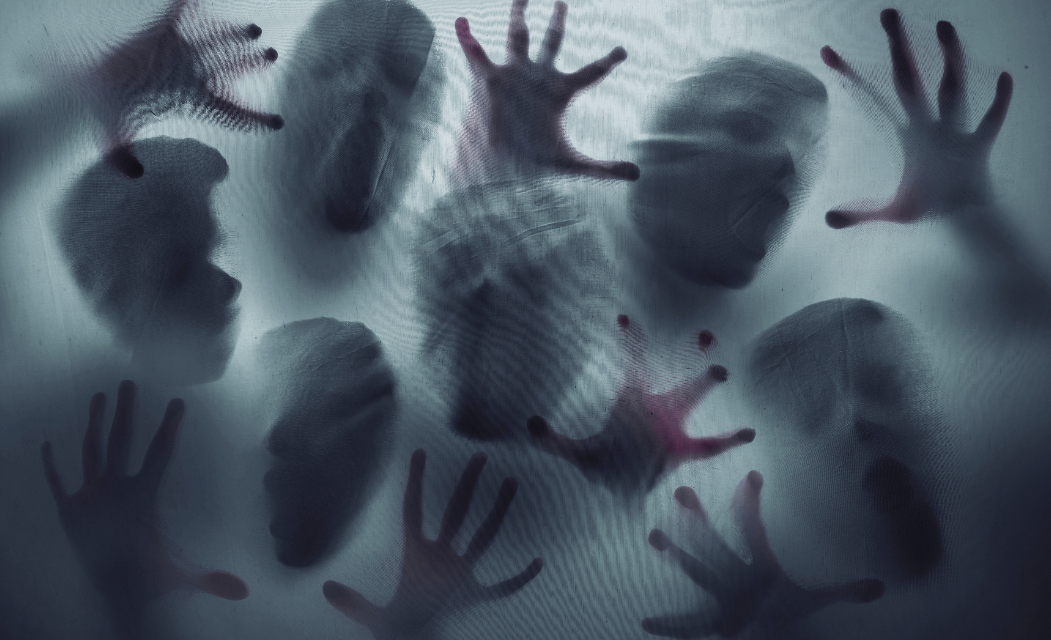 Tales of true terror and the supernatural, told by those who lived them

Milestones in the gay community have always been perversely tied to death. Gay Pride Month (June) was selected because that’s when the Stonewall Riots began, themselves occasioned by the death of Judy Garland (as well as violence against queer people). October became Gay History Month in part because of the murder of Matthew Shepard. The fact this is also the month of Halloween, a holiday the LGBTQ community has embraced as “Gay Christmas,” only reinforces our association with the macabre.

As perverse as it may be, it’s not surprising. Gay people have long been objects of violence, derision, scare tactics. Local raconteur Rawlins Gilliland even created a one-man show, titled Happy Murder Stories, about actual incidents of horror he has encountered during his travels. (Among them: A homicidal truck driver, and a family of rednecks literally hunting him for sport.)

“A scary story can be a close call with violence or prolonged suspenseful tension with physical or even mental danger imminent,” explains Gilliland of his definition. “These sagas tend to be graded on a curve. Some of us conflate being on a ship that loses power [and] food becoming scarce as terrifying, while someone like me has enough horror stories to fill a one-man show.”

Even the first show in his trilogy of solo performances, about  how he stumbled upon a rape/murder in 1965, is as scary now as when he was hiking alone late at night, lost on the vertical trails within Maui’s massive dormant volcano, Haleakala  in 1999. “Being murdered by strangers or plunging from a cliff in the dense midnight fog have the same result — I would never have lived to tell the story,” he says. “That is why I enjoyed the Murders show the most: Because I had lived to tell the stories… and  had come to enjoy that I had survived scary stories instead of being captured by my own fears in their aftermath. ‘I’ll never get over it’ has never been my mantra.”

So to commemorate Halloween week — and soon after many locals have their own frightening tornado tales — we asked a few other North Texas folks (queer and not) to share some of their personal stories of fright, from unexplained brushes with the supernatural to scary experiences fully standing in the real world. Each of these stories, they insist, are true.

The most recent thing happened to us about five months ago. We were at an intersection at night, in the right lane waiting to turn right. Our light was red, and opposing traffic had a green arrow, so we were letting them pass. However, my car suddenly started moving and turned right — like the wheel was turning, and as we were accelerating though I kept trying to apply the brakes. You could hear the engine groan and everything. Jason screamed, “Stop! What are you doing!?” No sooner had he finished that sentence when we hear a terrible crash. Right behind us is a car flying into the intersection, spinning a couple times and crashing. It was completely totaled. When we drove back that way after dinner, we saw three ambulances and what seemed like a very bad situation. We really felt an angel was looking out for us.

I’ve got two stories. First, when I was 16, I went with a friend’s family to Vicksburg, Miss., to visit the Civil War battlefield. Afterward, we went to the old courthouse, which is now a museum. As you go upstairs, there’s a large room of various Civil War artifacts, one of them a brown velvet hoop skirt dress. As soon as I saw it, I reacted instinctively, thinking:  “Aww, there’s my dress. I wonder why they don’t have the matching shoes and mother’s coral necklace?”… Uh, say what now?

Second, one time we went with my mom to look at a foreclosed house in Frisco — just a house built in the ’90s, but in bad shape, with a crack running through the foundation. It was summer, with no a/c running, yet it felt icy inside. There was something about it that put us all on edge —  none of us would even consider going upstairs. The upstairs was just radiating dark vibes. We got out fast, and all agreed that we kept expecting to find blood stains on the carpet in the bedroom or something. When we got home, I googled the address. The son who lived upstairs had murdered his mother while she slept. But there weren’t any stains on the carpet … because all the blood was in the mattress.

Two stories of living in Tribeca in 1979: Wholly by accident, I moved into an apartment [occupied by] organizers of a Rocky Horror convention. David, one of the three people who put on the convention, said, “Come with me to pay these guys.” I didn’t know who he meant, but I had a pretty crazy life and agreed. We go into the club, and someone grabs David by the arm and escorts him back to the office. In there was this Mafia kid — the son of some [mobster] who I didn’t even want to know. They had these Dobermans, which were scary. That’s when I saw the guy who had him by the arm also had a gun to his ribs. David had several thousand dollars in cash in his jacket, but only had half the money they were owed. The [Mafia kid] looked at me and said, “Who’s the dame?  What are you doing here?” I thought, “Wow, this really is like a movie … only I could really die.” I said, “I’m from Texas.” They seemed puzzled. The guns, the dogs, the money, these goons — this wasn’t like buying pot in high school. I realized these people could make us disappear, and nobody would ever find us. They finally let us go. Initially I was like “ha-ha, that was an adventure,” until the next morning. That’s when I asked David, “Why did you take me?” He said, “You were my protection!” And I sensed he was right. I was this weird talisman — who knew who I really was? I was 20 and thought I knew everything and was from Texas. They didn’t know what to make of me.

Another time, I was walking to work when this man comes up and asks me a question. [He didn’t like my answer], and grabs me by the throat and crotch and throws me to the ground. I started yelling at him, and he ran off. When I got to work, I saw there were bloody handprints on my neck. We called the cops, and it turned out the man had beaten and raped a girl three blocks south a few minutes before he saw me.

And then there was when Trump got elected….