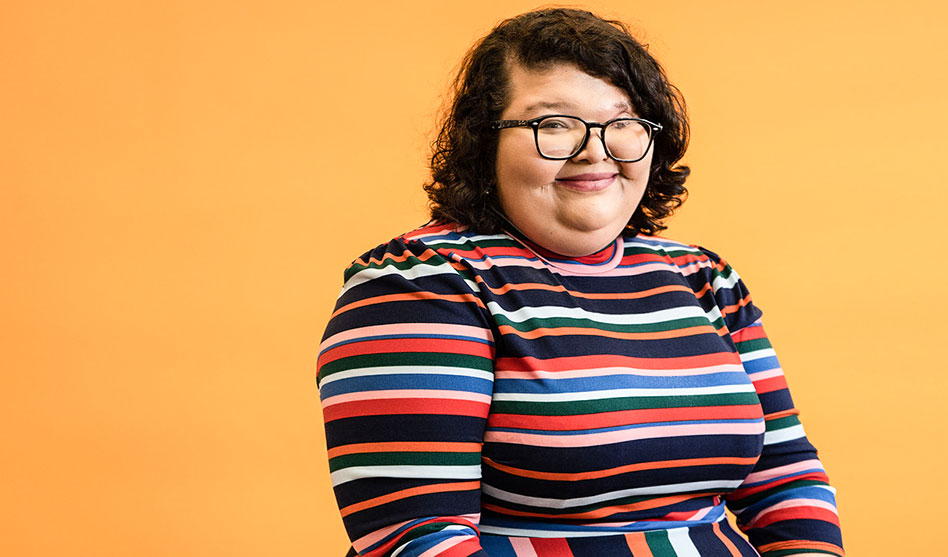 Name or gender, pics and ID mismatches may cause questions but shouldn’t be a barrier to voting

Leslie McMurray said she never had a problem voting. But, she said, she transitioned in 2013, a non-election year. And, by the next election, “I had female on my driver’s license,” she said.

McMurray had a new license issued after her name change. When she voted in 2014, her ID matched how she presented. The only difference may have been that her hair was a little longer.

Most of us don’t think about the many times we use our ID or that one of our basic rights as American citizens — the right to vote — could be affected when our presentation doesn’t match our driver’s license.

According to a statement put out by the Texas Election Protection Coalition, “Every eligible voter in Texas has the fundamental right to cast a ballot that is fairly and accurately counted, free from intimidation or harassment.” But because of bias and discrimination, the organization explains, transgender voters may face obstacles when trying to vote.

The first barrier is if a person’s name on their ID doesn’t match their name on the voter registration rolls. But according to Texas Election Protection Coalition, the name doesn’t have to match exactly.

The Transgender Education Network of Texas is part of that voter protection coalition. Andrea Segovia, TENT’s field and policy coordinator, “They’re correct in a legal sense.”

So if a first name was slightly modified to more appropriately fit the person’s gender, there shouldn’t be a question, she said. But if there’s a different first name, Segovia recommends bringing backup documentation; a bill or a bank statement, an ID issued by a school or workplace should help identify you.

Segovia said with so many military bases in the state, a trans person may have changed ID on base, but, especially during the pandemic, they may not have been able to get to the Department of Public Safety to update a driver’s license. In that case, that new military ID should work as identification.

But what if the gender marker doesn’t match? Again, Segovia said, it shouldn’t matter. In most cases, she said, a poll worker is just looking at the name and the picture anyway.

“Actually less than 15 percent of transgender people in Texas have their names and gender markers match,”

Segovia said. With COVID-19 adding to the delay in services from local agencies, she said the problem has only increased this year.

If you’re using alternate documentation as proof of identity, TENT advises, “You will need to sign a document declaring yourself and the reason for not having a photo ID and then be given your ballot.”

What if a poll worker asks questions about medical history to prove transition? A voter is under no obligation to provide medical information to prove eligibility to vote. The confusion, Segovia said, may come from a poll worker who moved to Texas from another state where that is allowed, and a trans person has to prove medical transition to change a gender marker.

Finally, whether the picture matches the way you look shouldn’t be a barrier to voting.

Segovia said people change how they look all the time. Lots of people dye their hair. Some may have had surgery to lose weight and drop a couple of hundred pounds. That person may not look like the person in the photo ID, but that voter is under no obligation to explain the difference in appearance.

Nor is a transgender person under any obligation to explain any surgery or lack of surgery, hormone treatments, hair style or preferred dress to a poll worker.

Texas Election Protection Coalition says that if you can’t confirm who you are, you may be required to vote on a provisional ballot until you submit an affidavit confirming your identity.

McMurray said that for someone whose appearance has changed dramatically or who had information on an ID that doesn’t match information on a voter registration, you may obtain that affidavit ahead of time and give it to the poll worker if that person questions your identification.

Segovia said it rarely gets to that point, but it can be embarrassing when it does. She said Harris County, where she lives, educates poll workers on best practices for allowing a trans person to vote. Foremost among what they teach is, “maintain a level of respect.”

If you are voting by mail, you do not need to prove qualification other than to check “over 65” or “disability.” Proof of disability comes under the same category as not having to reveal any medical information to a poll worker or to the state in order to vote.

Segovia said any problem at the polls is usually due to a poll worker who has chosen to discriminate. But, she added, it rarely happens, and she has heard of no cases of discrimination from the first two days of early voting.
She recommends that a voter who is prevented from voting call the Texas Election Protection Coalition hotline at 866-687-8683. You will be connected to an attorney, and that attorney may direct you to someone at that polling location or talk to someone in charge of that location for you. In most cases, the dispute will be resolved.

And, Segovia said, don’t worry about only having an expired ID. For voting purposes, that ID may be expired up to four years, and they’ll have to let you vote.