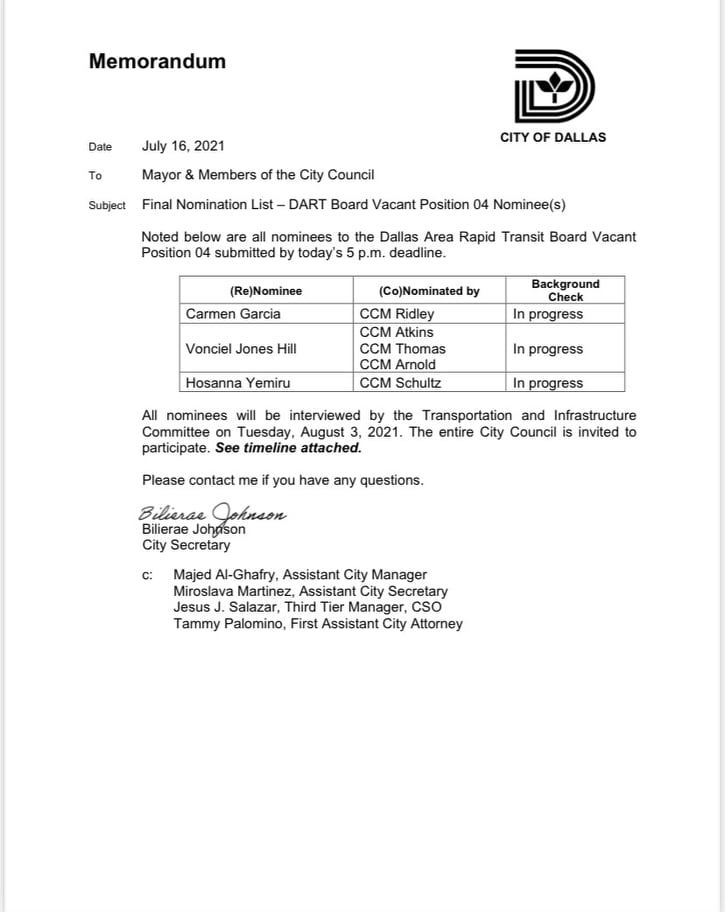 Three Dallas city council members nominated former Councilwoman Vonciel Jones Hill to the DART Board. Jones Hill had a bad relationship with the LGBTQ community throughout her four terms in office.

During her time in office, she opposed anything the LGBT community did. She complained about HIV billboards in her district, although her district included areas that were hard-hit with HIV.

She voted against updating wording on city ordinances that were more inclusive of the trans community.

And she was the only council member to refuse to sign a letter welcoming people to Dallas for Pride weekend each year. She said she wouldn’t be supporting the LGBTQ community because of her beliefs then and she wouldn’t in the future. She has not made a statement changing that statement.

In 2017, she was also nominated to the DART board, but the council voted her nomination down.

Appointing someone who has opposed equality for the LGBTQ community sends a bad message to DART’s LGBTQ employees from a city that has LGBTQ equality written into its city charter.