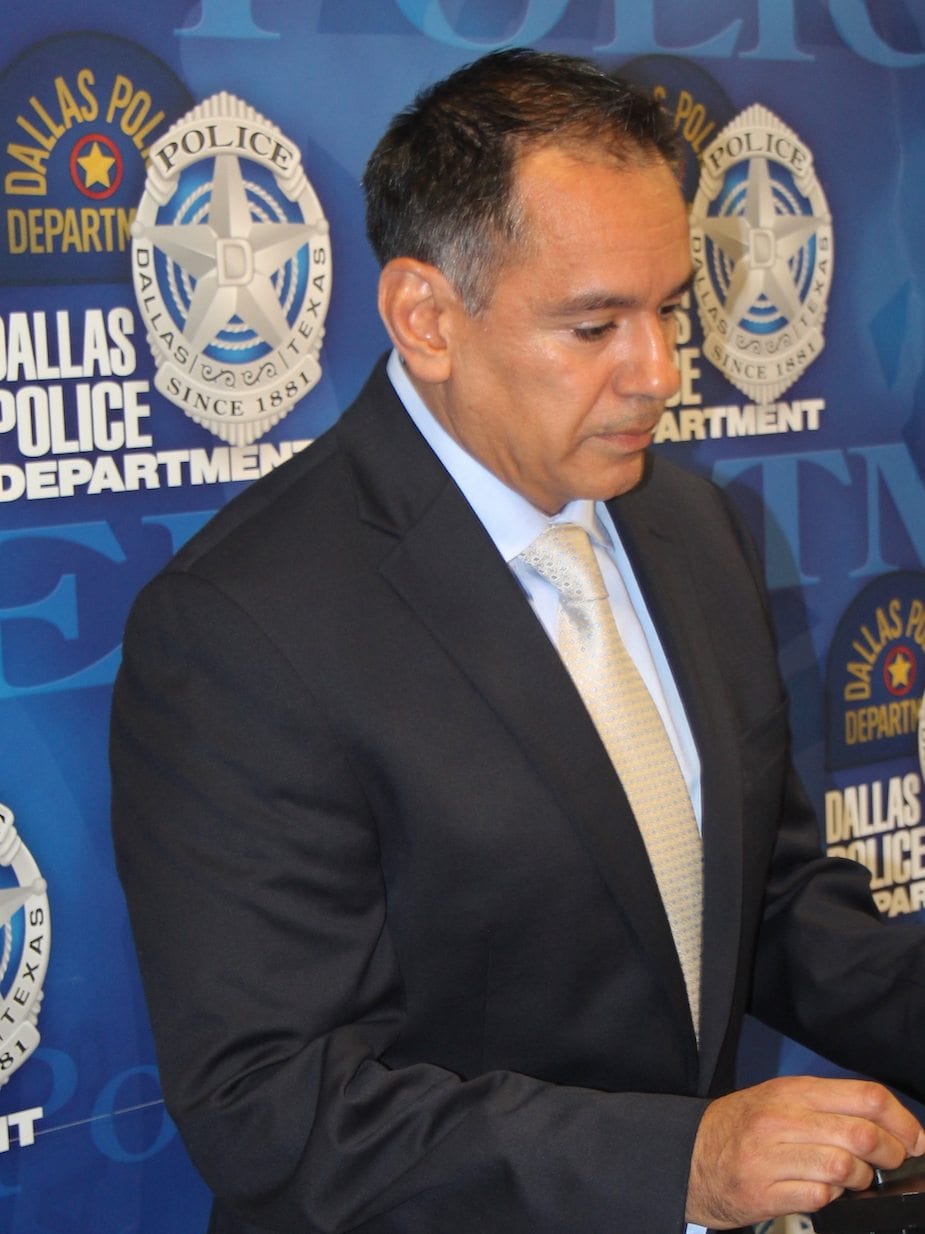 Deputy police chief Thomas Castro, who heads criminal investigations for the Dallas Police Department, has been overseeing the investigation into the murder of Carla Patricia Flores-Pavon, 26, on May 9. He’s made personal appeals to the LGBT community to assist with search for her killer including a visit to the Mayor’s LGBT Task Force meeting on Wednesday, May 16.

On Thursday, Castro announced that an arrest had been made in Walker County.  Jimmy Eugene Johnson III was taken into custody during a traffic stop and is being held on $500,000 bond. The charge of murder may be upgraded to capital murder at a later date. Robbery was the motive and Pavon’s status as transgender doesn’t seem to have been a factor in her choking death, according to Castro.

Here’s a video of the press conference held on May 17 at Dallas police headquarters: