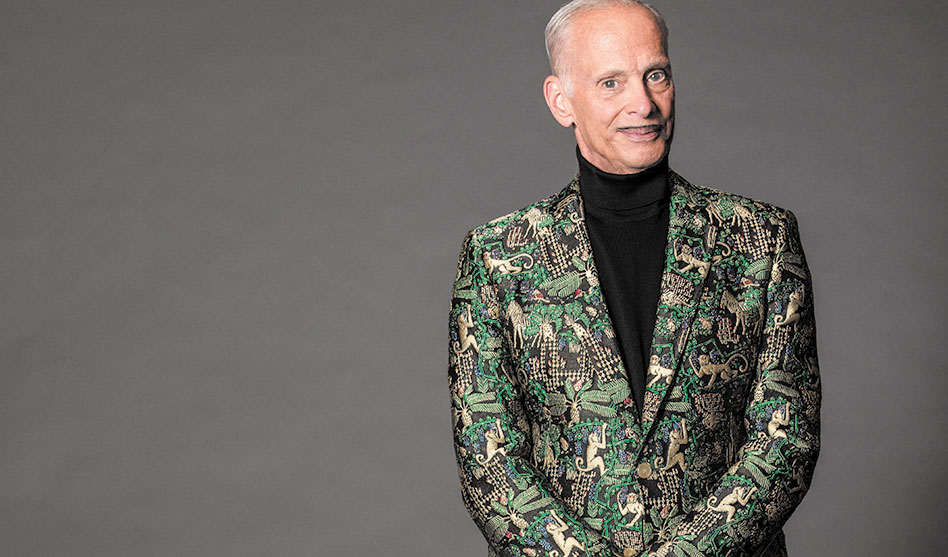 Mustache culture has lost its historical edge over the past few years as the peak-and-valley trend has taken on a new identity as a marketing gimmick. Thanks, hipsters!

What was once a symbol of masculinity and maturity — if you could grow in your upper lip, you made puberty your bitch — is today plastered in cartoonish design across coffee mugs, shower curtains and “ironic” T-shirts whose makers don’t know the meaning of the word.

You can even make mustache ice cubes using pricey silicone trays — and that just makes us side-eye!

Yet the real offense here is that nowadays every 20-something vegan penny-farthing rider who hand dips his own beeswax votives and reads the newspaper on a stick sports the style, without giving an iota of props to those who blazed the bushy trail before them.

So, in honor of Movember, we’ll do it instead.

Behold: 26 of pop culture’s most memorable Dalís, Banditos, Mistletoes and more to remind you of what it was like to once be a man (who wouldn’t migrate to El Sereno if it was the last place on earth). 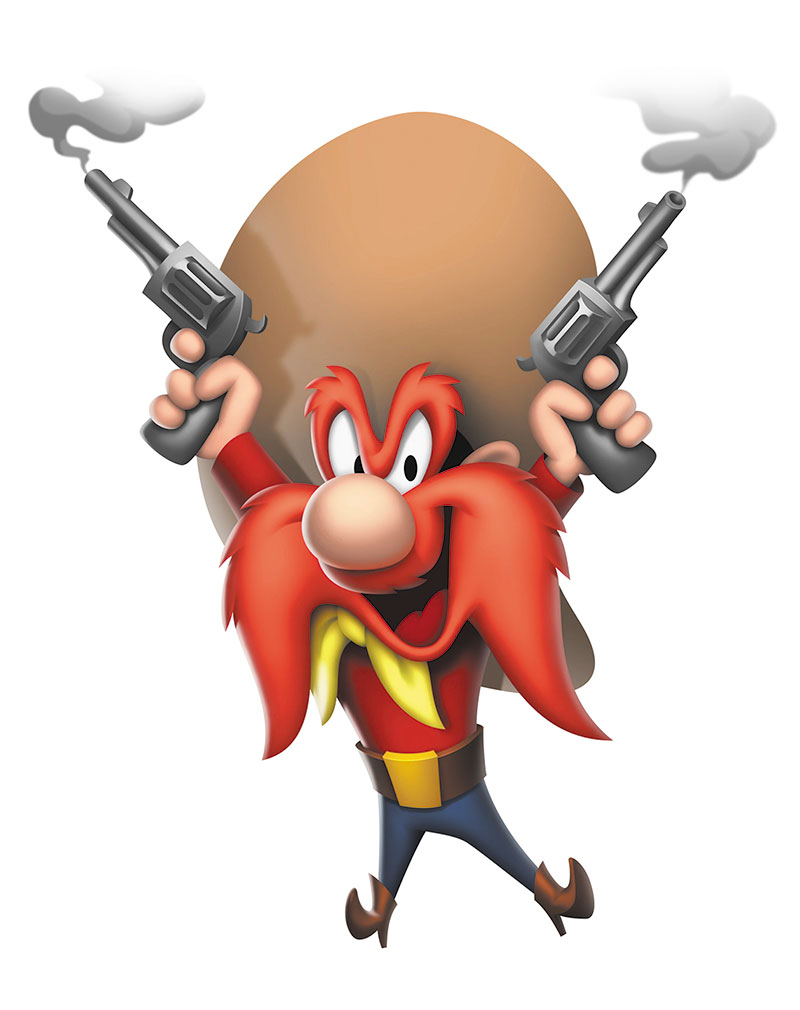 26. Yosemite Sam
The only proper ginger on this list (even if he is animated), Bugs Bunny’s gun-slingin’ archenemy Yosemite Sam made his first official debut — walrus ’stache and fiery temper to boot — in the Warner Bros. Merrie Melodies cartoon short Hare Trigger in May 1945.

25. Groucho Marx
Known for his quick wit and innuendo-laced patter, Groucho — one-fifth of the successful family comedy act the Marx Brothers — established his signature mustachioed character with greasepaint in the early 1920s before growing the real deal in his later career.

24. John Aniston
For 36 years, John Aniston (yes, Jen’s dad) has played sometimes-villain Victor Kiriakis on NBC’s Day of Our Lives, and so has his muzzy.

23. Got Milk? Campaign
The Got Milk? campaign ran for 21 years starting in 1993 (it was discontinued in 2014 in favor of the forgettable Milk Life ads) and featured a diverse roster of popular celebs wearing the chalky cookie dusters, including David Beckham, Whoopi Goldberg, Hugh Jackman as Wolverine, Tony Bennett, Suze Orman and Jennifer Hudson, to name a few.

22. Ned Flanders
Homer Simpson’s overly religious neighbor, Ned Flanders — with chipper catchphrases like “Okilly-dokilly!” and “Hey-Diddly-Ho!” — has only parted with his pushbroom a few times in the show’s 32-year history, once when Homer implied that people were mocking his facial hair.

21. Lyft
OK, so it’s not a legitimate mustache; in fact, it’s called a Glowstache by Lyft insiders. But you’ve got to hand it to the ride-sharing service on its clever branding: They’ve made it easy to spot the neon “natural” in a sea of taxis when your vision is less 20/20 and more 20 proof.

20. Steve Harvey
The man, the myth, the mustache! This Original King of Comedy is a 14-time NAACP Image Award winner, and his stint as host of Family Feud has raised the on-again-off-again game show to one of the most-watched on television.

18. Sean Penn
With or without a crumb catcher, Milk star Sean Penn has always looked a little weathered — though we prefer him as a death-row inmate over a surfer-dude doobie lover. 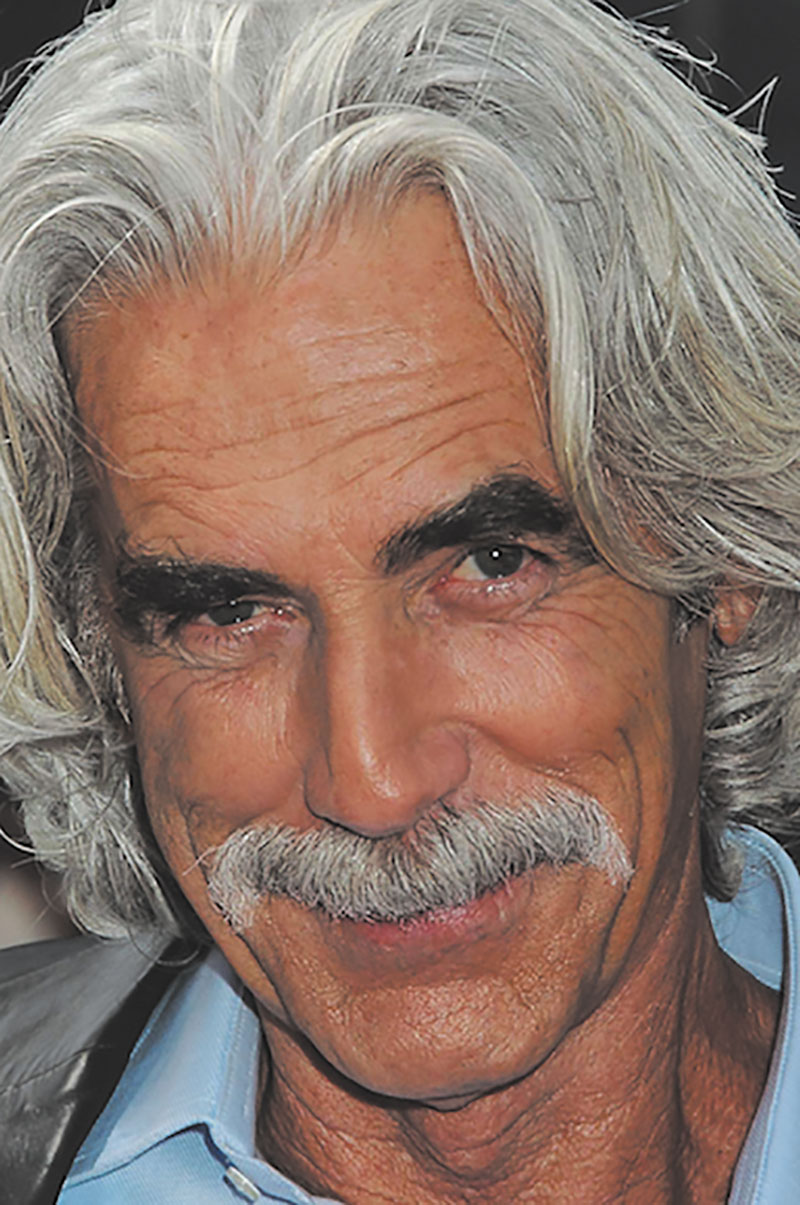 17. Sam Elliott
It’s no wonder that Elliott’s 45-plus-year acting career has seen its fair share of roles as a frontiersman. His horseshoe mustache and family heritage — one of his relatives fought in the Battle of the Alamo — make him well suited for Hollywood Westerns.

16. Colin Farrell
A proponent of same-sex marriage equality in his native Ireland — he even penned an open letter supporting his gay brother Eamon for Ireland’s Sunday World magazine — Farrell proved that he’s a pro at giving mustache rides in his sex tape with model Nicole Narain.

15. Albert Einstein
The German-born physicist, whose name is synonymous with science, gave grandpas everywhere license to live facially untamed with his own wild and unruly mustache.

10-13. The Beatles
If you can believe it, there’s a Beatles Moustache Index online — however unrefined — that chronicles the band’s foray into facial fur, starting with Ringo in 1962. The other three Beatles didn’t don fanny dusters until late 1966.

9. Lionel Richie
While much of the Middle East still has an awkward relationship with the U.S., Arab states, like Iraq, hold a torch for Richie and his long-tenured lip foliage. In 2006, ABC News’ John Berman reported that “Grown Iraqi men get misty-eyed by the mere mention of his name. ‘I love Lionel Richie,’ they say.”

8. Charlie Chaplin
Chaplin’s toothbrush mustache, that today is synonymous with his name, came in handy during the rise of Hitler (who showed off a similar style), which the silent-era comedian used to his advantage to parody the dastardly dictator in the 1940s.

7. Nick Offerman
Offerman stole our hearts as Parks and Recreation’s sometimes-sentimental everyman Ron Swanson — whose lip toupée is among the best we’ve ever seen — but it was only when we discovered that he’s a grown-up teddy bear in real life (who’s married to gaycon Megan Mullally) that he earned a five-star rainbow rating.

6. Frida Kahlo
Kahlo, whose revealing self-portraits effectively capture her physical and psychological suffering, had affairs with both men and women — and she didn’t shave for any of them.

5. Clark Gable
Often referred to as the King of Hollywood, Gable is the epitome of what a leading man is supposed to be, complete with a smoldering gaze, come-hither smirk and tightly trimmed tickler that frankly doesn’t give a damn. 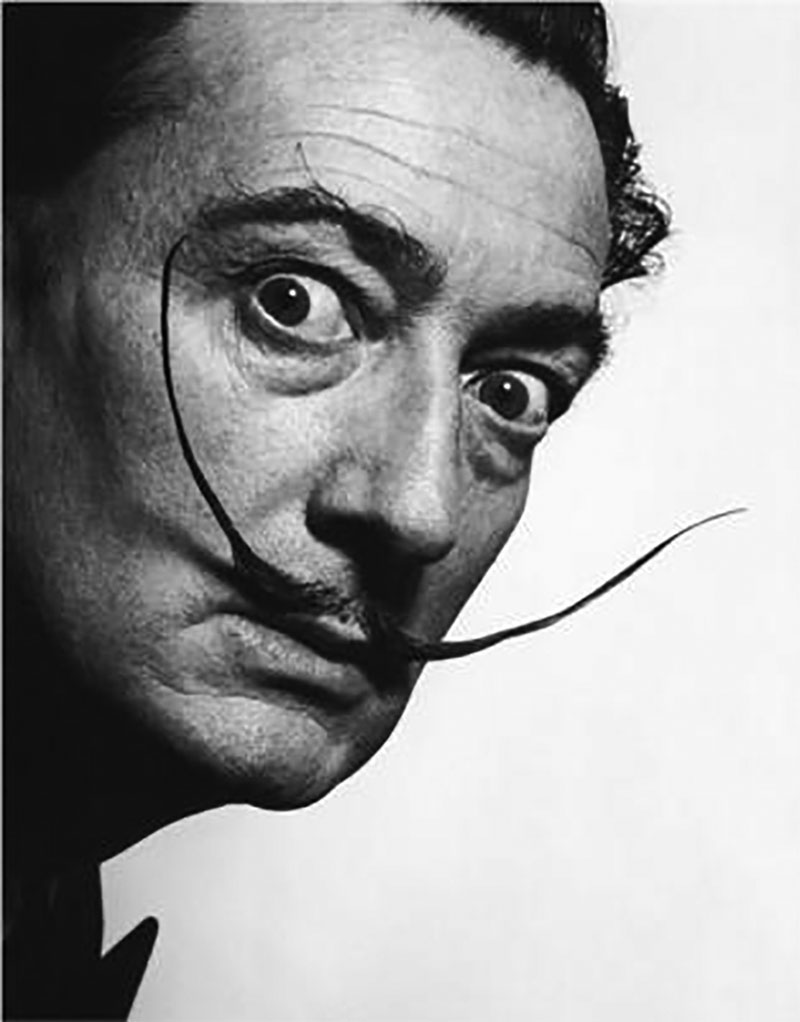 4. Salvador Dalí
Indicative of his flamboyant personality and grandiose behavior, Dalí’s mustache manipulations — he once fashioned it into an infinity symbol for a photo shoot — became a trademark of his appearance beginning in the 1920s. Influenced by 17th-century Spanish master painter Diego Velázquez, the surrealist’s delicate lip doily was voted in a British Movember poll as the most famous of all time, edging out Hulk Hogan’s handlebar by 6 percent.

3. Freddie Mercury
There’s a laundry list of reasons to appreciate the genius that was Freddie Mercury, not the least of which was the time that he told an audience full of admiring, screaming fans that a lot of people hated his mustache — but he didn’t give a fuck. “It’s my mustache, and I’m gonna keep it!” he exclaimed before a crowd that only went wilder for the posthumous Rock and Roll Hall of Famer.

2. Tom Selleck
As private investigator Thomas Magnum on Magnum, P.I. in the 1980s, Dr. Richard Burke on Friends in the ’90s, casino owner A.J. Cooper on Las Vegas in the late 2000s and police commissioner Frank Reagan (the role he currently plays on CBS’ Blue Bloods), Selleck has redefined each decade for the past 30 years how to rock a serious Chevron with class and panache. In fact, one of the only times you’ll see the sex symbol without his legendary mouth mirken is in In & Out, still one of mainstream Hollywood’s few attempts at a comedic “gay movie,” which in its day was widely noted for its 10-second kiss between the former California Army National Guard sergeant and co-star Kevin Kline.

1. John Waters
Yeah, we’re totally biased. We admit it. But even the best argument against gay filmmaking and fashion icon John Waters reigning supreme as pop culture’s most memorable mustache is about as thin as his own renowned pencil pusher. The Polyester director started stuntin’ the suave style in the early 1970s, as a young auteur in Baltimore, joining the ranks of an elite group of famous folk like Errol Flynn, Sammy Davis Jr. and Little Richard who stepped out in kind. It’s not all God’s work, however; Waters relies on a little (perhaps Divine) intervention: He fills in his closely clipped mouth coif with Maybelline Velvet Black eyeliner. Totally mondo trasho.

(Movember involves growing mustaches during the month of November to raise awareness of men’s health issues such as prostate cancer, testicular cancer and men’s suicide. The Movember Foundation runs the Movember charity event, housed at Movember.com.)

Mikey Rox is an award-winning journalist and LGBT lifestyle expert whose work has been published in more than 100 outlets across the world. Connect with Mikey on Instagram @mikeyroxtravels.