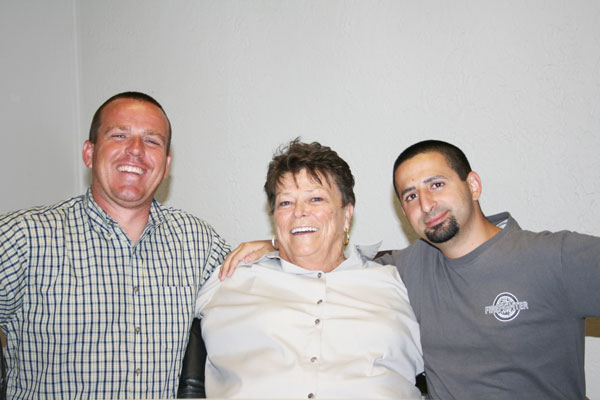 Gay Seven Points Mayor Joe Dobbs has submitted a letter of resignation after being indicted on criminal charges in connection with an alleged incident at the Cedar Creek Lake city’s municipal building on Aug. 16, according to a statement released to Dallas Voice.

Dobbs’ life partner, suspended Seven Points police officer Michael Tayem, relayed a prepared statement from the mayor during a brief telephone interview Friday afternoon. Tayem, who also was indicted in connection with the alleged incident, said the mayor could not provide any additional information until he consults with his attorney.

In the statement, Dobbs attributes his legal problems to “retaliation” and anti-gay discrimination.

“The charges appear to be retaliation in response to a criminal offense I reported,” Dobbs said in the statement. “We think a lot of it is also related to my being gay. We can’t think of any other reason.”

Tayem said Dobbs resigned because he could no longer justify the stress.

“Joe put in a letter of resignation because it is not worth the stress anymore,” Tayem said. “After everything we’ve done, it’s just not worth it anymore.”

Arrests warrants were issued, but Dobbs and Tayem avoided being jailed by posting bonds of $13,500 and $1,000 respectively.

Tayem was suspended from the police force in May after a man he arrested filed a complaint alleging police brutality. County, state and federal officials launched an investigation of Tayem after the complaint was filed.

The Henderson County District Attorney released a statement to the media after the indictments were handed down, saying the investigation of Seven Points will continue and more charges could be filed against Dobbs and Tayem.

Controversy has marred Dobbs tenure as mayor since he was elected more than a year ago in a landslide election. Dobbs, who ran on a campaign of restoring integrity to a city that saw several high-level officials prosecuted for corruption after an FBI investigation, was the target of anti-gay smear tactics during his campaign.

Several City Council members, including one who owns the Dairy Queen restaurants in Kemp and Seven Points, boycotted council meetings preventing a quorum for a year. To run city business, Dobbs was forced to manage the city on his own with the advice of the city attorney. That, at least in part, led to the ongoing investigation of his administration.

Cedar Creek Lake newspapers, which typically gloss over controversy, scrutinized Dobbs’ administration. Although Dobbs is openly gay, none reported his sexual orientation. The Cedar Creek Pilot originally referred to Dobbs and Tayem as “roommates” before finally naming them as life partners. The Mabank Monitor has avoided any such detail, calling them “close associates” in a story about the indictments.

Joey Dauben, publisher of the website the Ellis County Observer, reported they were gay and partners. Dauben skewered Dobbs and Tayem, who served in a management position in the police department.

Dauben told Dallas Voice that he was not anti-gay, but he thought it was inappropriate for Tayem, a public servant, to be working for a mayor who was also his lover.