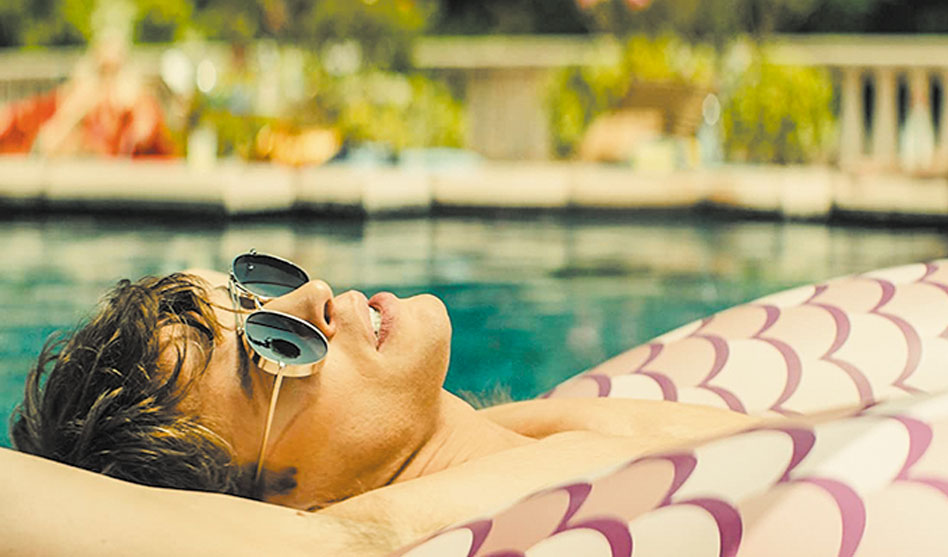 Every year — no, wait. Every month. No, that’s wrong, too. Every week, there seems to be more and more LGBTQ+ movies being released and available for streaming on-demand. Like the community itself, the movies come in all shapes, sizes, colors and genres. As this is being written, horror is very popular.

As The Estate opens, shallow gay George (Chris Baker, who also wrote the screenplay) is doing a TV interview with Bonnie (Billings) about having survived a horrific event that occurred in his home, prompting him to write the book I, Victim: A Memoir. We then flash back to a year ago. At that time, George is watching TV coverage of the Black and White Gala. He is interrupted by Lux (Eliza Coupe), the current wife of his father Marcello (Roberts), shrieking his name. 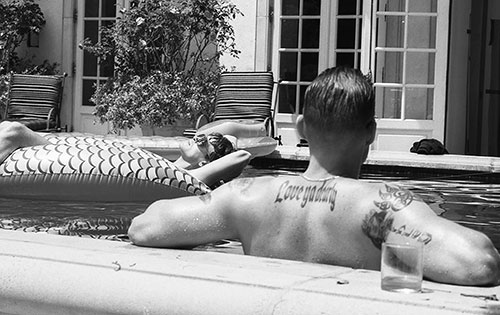 Lux, well aware that Marcello is unfaithful, invites George to go “dumpster diving for dicks” with her. At a seedy bar, they meet a tasty snack named Joe (Greg Finley). They take him back to the Brentwood estate, which is in a state of disrepair, where he has sex with Lux.

The next morning, they tell Joe how Marcello treats George and Lux like dirt, making them “grovel for pennies.”

Joe, who was abandoned by his own father when he was young, claims to have murdered 18 people as a hitman on the dark web, and offers to kill Marcello. George is freaked out, but Lux is intrigued.

Before you know it, George, who is also having sex with bisexual Joe, is on board with the murder plot. The first two deaths are those of Marcello and his driver (Allan Graf). Shortly thereafter, George and Lux have an appointment with Marcello’s lawyer for the reading of the will. It’s there that they meet conniving receptionist

Mary (Matarazzo). She will come in handy later after they find out that Marcello has bequeathed the deteriorating property to them, as well as $10k a month. But he has left all of his other possessions to a daughter neither George nor Lux knew anything about. Mary helps them track down cam-sex girl Caitlin (Lala Kent) for a price, and Joe’s killing skills are useful again as they quickly dispose of her.

As is perhaps common in psychosexual triangles, petty jealousies arise; alliances form. The law firm’s investigator Ellison (Rif Hutton) grows suspicious of some of the events taking place. Lux tries to get George to team up with her against Joe, pinning everything on him. But her plan backfires as George and Joe have already made a pact of their own, and she joins the body count.

Segueing back to the present, where George and Joe are packing up the crumbling estate. George meets with real estate agent Bethenny (Paul), who tells him the estate is the “site of more murders and disappearances than any other nine-bedroom manse in the area.” He doesn’t care, he wants it sold.

George’s own longed-for invitation to the Black and White Gala, where he will be the guest of honor, finally arrives in the post. But his excitement about being one of two “bloodthirsty, murderous fuckboys” is short-lived when the lawyer calls to say that yet another heir has been discovered.

No spoilers here. Suffice to say that the twisted should-have-seen-it-coming conclusion is one for the ages.
Rating: B-