Two versions of one woman 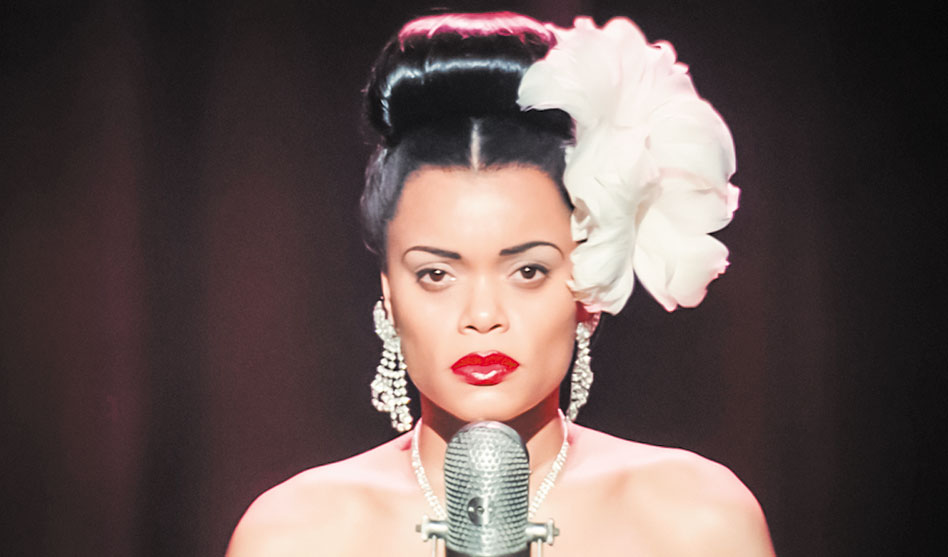 ‘The United States vs. Billie Holiday’ offers more in-depth look at the singer’s life than the ’72 biopic did — or could

“There’s no damn business like show business; you have to smile to keep from throwing up.”
— Billie Holiday

Billie Holiday lived a complicated life full of great extremes. And she lived it on her terms. And Andra Day, who plays Holiday in the new movie The United States vs. Billie Holiday, shows us those extremes in a way we have not seen before.

There are, of course, some similarities between the two films. Both are the first major roles for the women — Ross and Day — who star in them. Both focus on Holiday’s drug addiction, and both feature some of Holiday’s music.

But that is where the similarities end. 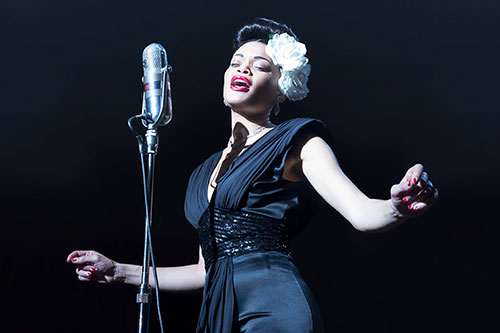 One of the most obvious differences centers around the character of Louis McKay. The 1972 film paints McKay as the love of Holiday’s life and someone who tried desperately to save her. But in reality, McKay was abusive and controlling, and he set Holiday up for her enemies.

The new movie focuses on the relentless pursuit of Holiday by agents with the U.S. Treasury Department’s Federal Bureau of Narcotics because of the threat the government believed she posed because of her song, “Strange Fruit.”

The song, written by Abel Meeropol and recorded by Billie Holiday in 1939, was a protest of the lynchings of Black people that were common across the South at the time. The “strange fruit” it refers to are the bodies of young black men who had been lynched and left hanging from trees: “Southern trees bear a strange fruit; Blood on the leaves and blood at the root; Black bodies swinging in the southern breeze; Strange fruit hanging from the poplar trees.”

The blatant racism of the federal government’s efforts against Holiday and the government’s fear of how people would react to her song were masked under the guise of trying to “save” her from the perils of her addiction. To achieve their real goal of silencing her voice and keeping her from singing the song, the feds lured others into setting Holiday up, getting them to plant narcotics. And those lured into setting the trap included McKay, her last husband.

The 1972 film doesn’t explain how Holiday came to be arrested, even though the movie begins with that scene.

Although it isn’t included in this movie, it is interesting to note that Talullah Bankhead, played by Natasha Lyon, wrote a letter to FBI Director J. Edgar Hoover, a friend of her family, pleading for Holiday’s release after she was arrested.

Like many female performers before her, such as Bessie Smith and Ma Rainey, Billie Holiday was openly bisexual, and she was rumored to have had a notable affair with Bankhead, amongst others. And although the film touches to a small degree on Holiday’s relationships with women, it contrasts them with her relationships with men. Because Bankhead was white, this films shows us how Holiday was subjugated not just as a woman, but as a Black woman. There is an obvious, if not subtle, hierarchy based on both gender and race demonstrated in this new film that was absent from the 1972 movie. 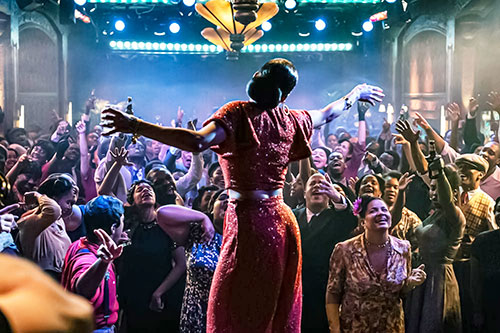 The 1972 film was unquestionably a huge success in its time. But it does not hold up in comparison to The U.S. vs. Billie Holiday when it comes to authenticity and showing Billie as a multifaceted woman. Ross’ performance was good, most notably in her singing and her acting in the early parts of the movie. But that portrayal of Holliday ends up being something of a caricature based on the way history has painted Holiday as a victim. The earlier film portrayed Holiday through the very narrow lens and neglected many aspects of her life, including her love of women as well as men.

In truth, showing Holiday’s bisexuality would have been inconceivable in 1972, and you have to wonder whether, if that aspect had been included, Ross would have even touched the subject, given the time and her newly-minted solo career.

As has been reported in various articles and interviews, Holiday and Bankhead (whom she called “Banky”) had an intense, stormy relationship that lasted a few years. “Bankhead seemed obsessed by her,” John Szwed wrote a biography of Holiday, The Musician, and the Myth. Szwed argued that the autobiography Lady Sings the Blues (1956) is a generally accurate account of her life, but that William Dufty, who cowrote the book with Holiday, was pressured to water down or suppress material via threats of legal action.

The sexuality of Billie Holiday and other famous individuals is widely known. Still, it is only recently that we have begun to see an acceptance of bisexuality and positive representation of it in projects and performances, like Andra Day’s portrayal in this film. But considering that Lee Daniels, director of The U.S. vs. Billie Holiday, is openly gay, it would be surprising if Holiday’s sexuality hadn’t made it into the film. Daniels is well known for including LGBTQ characters and actors in other projects.

Lee Daniels brings a visual and emotional lushness to this new film that was missing from 1972’s Lady Sings the Blues. Daniels and Day not only show us who Billie Holiday actually was, they also show us what made her what she was. In addition to their incredible talents, this new film is able to openly and honestly depict a more complete picture of Billie Holiday, including aspects of her life that either would not or could not have been shown in 1972. That fact alone gives The U.S. vs. Billie Holiday an advantage.

The United States vs. Billie Holiday is now available on Hulu,