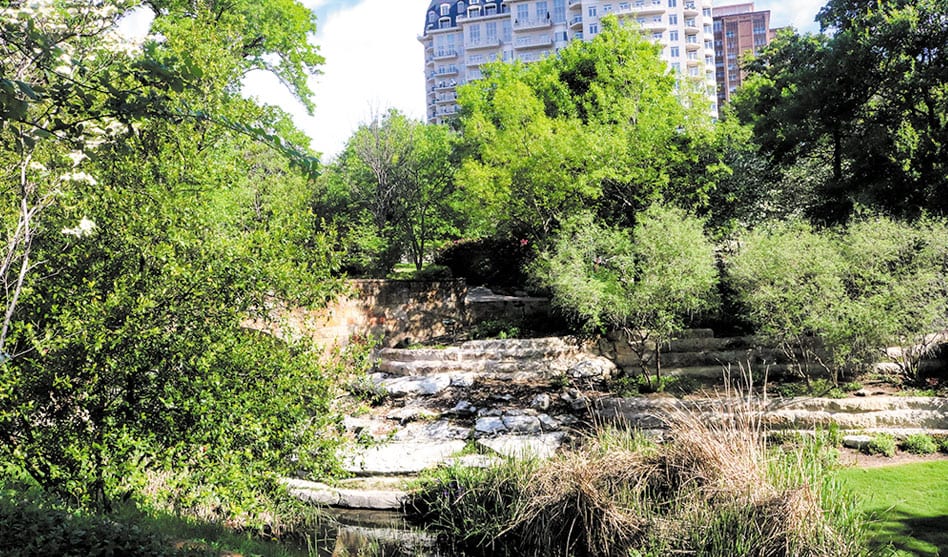 After a period of turmoil, Oak Lawn’s front lawn welcomes the community back

After a decision by the Dallas Park board to change the name of Oak Lawn Park to Turtle Creek Park earlier this month, Turtle Creek Park Conservancy President and CEO Gay Donnell wants to welcome everyone back to Oak Lawn’s beautiful front lawn.

Easter in the Park, including the Pooch Parade, is on April 21, and Donnell said volunteers are still needed. The event, previously staged by the Cedar Springs Merchants Association, was picked up and revived by the conservancy after the merchants group decided not to continue its sponsorship.

The event dates back to 1965 when the Dallas Symphony performed its inaugural outdoor concert next to Arlington Hall. The cost was $3,000. By the time the orchestra stopped its Easter performance, the cost had risen to more than $75,000 because of holiday overtime pay and other cost increases. 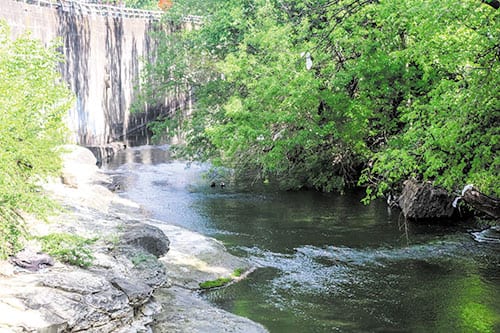 But along the way, Easter in the Park became a day for picnics, silly bonnets and dogs in costume. In 1969, The Dallas Morning News described the event as a gathering place for hippies. Ten years later, the LGBT community made Oak Lawn home and brought their dogs to the park for the day.

People dressed in bigger and sillier bonnets and dressed their dogs to match. That was the beginning of the Pooch Parade.

Conservancy board member Keith Head said they need volunteers throughout the day for the events, beginning at 8 a.m. for setup, but they need most of the help during the afternoon.

Renewing a relationship
Donnell said she hopes this is the beginning of a renewed relationship between the conservancy and the LGBT communities and other diverse communities in Oak Lawn. She emphasized that changing the name to Turtle Creek Park was meant to show that everyone is welcome in the park and that taking the park out of Oak Lawn was never the intention, as some in the LGBT community feared. In fact, she said, the name “Oak Lawn Park” came with a bit of its own bad history.

When the park was opened in 1909 as Oak Lawn Park, it was designated whites only, Donnell explained. The African-American community in Oak Lawn at that time lived around Lemmon Avenue and Inwood Road. The closest African-American entertainment area was the State Thomas neighborhood, and the shortest route from the residential area to the entertainment was through Oak Lawn Park. But blacks had to walk around the park.

Members of the LGBT community had filed an application to retain the name Oak Lawn Park out of concern that the name change was an attempt by developers to strip another neighborhood out of Oak Lawn, as has been done with other areas such as Uptown, State-Thomas and the Medical District around Parkland Hospital. 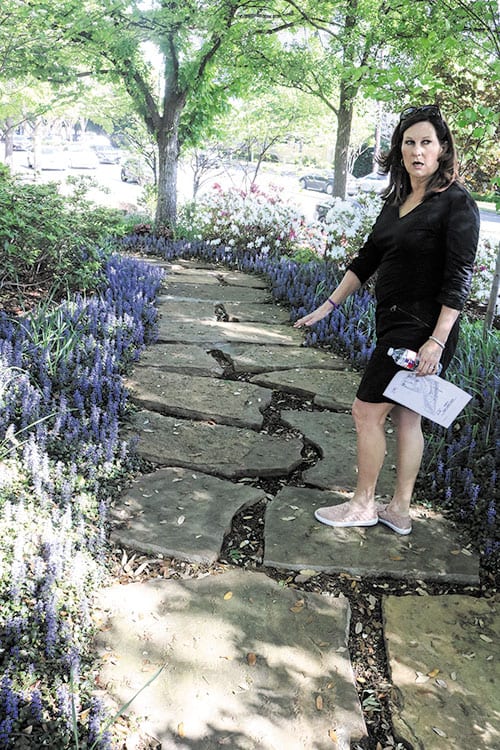 Recovering from the past
Donnell noted that during the many attempts over the last couple of years to remove the statute of Confederate Gen. Robert E. Lee from its plinth in the park, areas of the park were barricaded. That was followed by armed, open-carry demonstrators marching around the newly-empty plaza.

That wasn’t the kind of environment that encouraged the weddings, photography, picnics and celebrations that the park has always enjoyed, she said. As a result, donations, grants and memberships that support preservation, maintenance and upgrades diminished.

The bronze confederate statue was finally removed in 2017, but the plinth upon which it stood for more than 80 years remained until the beginning of this year.

That left the park with an open eyesore, Donnell said.

She told members of the Dallas City Council they weren’t “going to leave us with a muddy hole in the ground,” and council members agreed they needed to finish the job. Now, all that remains in the area where the statue stood beginning in 1936 is a low brick retaining wall with only part of the original sign that now reads simply, “Arlington Hall.

The plaza has been filled in with soil and will become an open, grassy area — at least until the Conservancy decides what to do with it, Donnell said. So far, she said, “We have no definite plans. We want to hear from the community with ideas.”

Looking to the future by remembering the past
Ideas of what to do with that area have included installation of new statues, with John F. Kennedy, Martin Luther King Jr. and other leaders suggested. But, Donnell said, there are other places in the park for statues. No artist wants to create replacement art, she added.

Other ideas for the area include grassy steps with, in one version, memorial bricks framing the steps. In another, those steps would explain the history of the park from before its founding.

Donnell said she has heard one story of how, in the early 1890, cedar trees from what is now the park were cut down and the lumber used to build bridges in Marsalis Park in Oak Cliff. Some of the lumber was even used to construct some of the original cages for the Marsalis Park Zoo, she added.

Going back even further, sabre-toothed tigers may have roamed the area tens of thousands of years ago, and Native American relics found in the park show the area was inhabited as far back as 3,000 years ago.

The Turtle Creek name pre-dates the Oak Lawn name by decades, Donnell said: Texas Rangers camped along the banks of the “creek with all the turtles” in 1837 when they were fleeing attacking Indians.

The history steps would acknowledge how developer Mark Lemmon created the park in the 1890s as a way to encourage people to move all the way north to Oak Lawn. Other milestones in its history include the acquisition of the park by the city in 1909, changing the name to Lee Park, and the dedication of the General Lee statute by Franklin and Eleanor Roosevelt in 1936. The park’s place in the history of Dallas’ Pride celebration and its status as a gathering place for the LGBT community would be included, with information about the celebration in the park marking Judge Jerry Buchmeyer’s 1982 ruling declaring Texas’ sodomy law unconstitutional.

The people’s park
Donnell hopes that in addition to coming for Easter in the Park and Day at the Races, which takes place on May 4, people will come any time and explore all of Turtle Creek Park, which includes three distinct areas. The original park runs from Hall Street to Lemmon Avenue and from Lee Parkway to Turtle Creek Boulevard, and includes Arlington Hall.

The steps of Arlington Hall were used by the LGBT community for years to announce parade entry award winners, share the community’s victories and mourn its losses. The Alan Ross AIDS Memorial is situated along a quiet walkway between Arlington Hall and Lemmon Avenue. And LifeWalk steps off from the front lawn the first Sunday in October each year.
Pergolas and bridges in the park date back to the 1934 Works Progress Administration.

The second section has been part of the park for a couple of decades. It sits directly across Turtle Creek Boulevard and extends to the foot of the Katy Trail, between Hall and Lemmon. This area features several sculptures and has been a game area since the 1940s. One roque court (similar to croquet) has been restored, while other areas were turned into shuffleboard, bocci ball and petanque courts and a putting green. There’s also a new ramp to the Katy Trail near Hall Street.

The third section of the park Donnell calls five acres of wilderness. That area runs from Turtle Creek Boulevard to the Katy Trail and from Hall Street to Bowen Street.

Donnell said she hopes to keep this area natural, only adding a couple of picnic tables and maybe changing some railings to something less obtrusive along Turtle Creek.

Throughout the three sections of the park, Donnell said, 50 new saplings were donated this spring and placed mostly in groups of three.

Other trees, she noted, are coming to the end of their lives, and Donnell stressed the importance planting new trees to make sure the park is as beautiful 100 years from today as it is now.

Head said he and other gay members of the Conservancy board welcome the LGBT community to the park and hope that LGBT people will be as big part of Easter in the Park as they always have been.