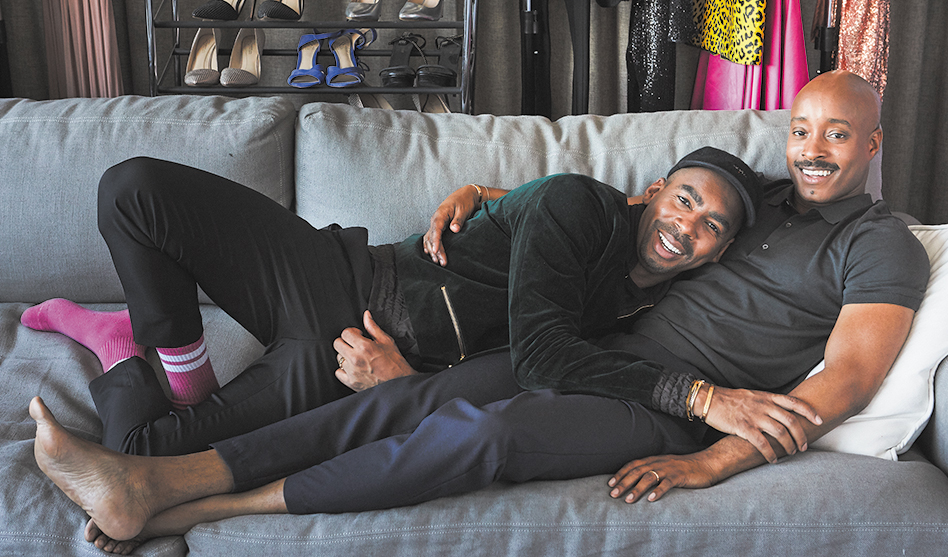 Jason and Adair are just typically bitchy queens in this unambitious reality show that misses many
opportunities to be more relevant.

Rife with clichés, ‘Styling Hollywood’ is for reality TV addicts only

Ever since the original Queer Eye for the Straight Guy, cheesy reality TV and homosexuality have been inextricably linked. I get it — reality TV breathes high-maintenance divadom, and gays, while we haven’t cornered the market, certainly embody the lifestyle. At least, that’s the stereotype. Queer Eye (the original and the remake) actually avoided those traps and those tropes, but they still linger out there: Million Dollar Listing, Flipping Out, Shahs of Sunset, Most Eligible Dallas, The A List, Sheer Dallas… Ugh. We all have a little drama in us, but according to Bravo, we can be reduced to two settings: Shady and slutty. (I’m only one of those.) The latest example: Styling Hollywood.

New to Netflix, this series follows Jason and Adair, a pretty-cute African American couple who run an interior design-slash-personal styling business (huh?) in Los Angeles. They waste no time in throwing down the gauntlet: Within the first 90 seconds of the premiere episode (the full eight-ep series is now streaming), we are treated to a name-dropper’s paradise of clients, acclaim and why Adair calls himself the better half of this duet, with lots of quick cuts and unnecessary camera movement. They also refer to their relationship and their profession as “a journey,” which to me is the windowless panel van of reality TV. It’s all about as authentic as professional wrestling, with all the Lycra and suggested homoeroticism. (Reality gays are “gay,” but they aren’t really sexual.)

It’s too bad, because the presence of a black gay couple who work largely within the entertainment community’s subset of people of color could genuinely resonate, the way Empire did before Jussie Smollett ruined everything. On the other hand, the mission of intentional empowerment — “You will deal with my excellence, which makes me superior to everyone else in the room” — has the kind of smarmy arrogance that a well-reared Southern boy like myself always has trouble abiding. (My least favorite segment of every competition show from Top Chef to Project Runway is each contestant repeating, like rote, “I came here to win because I am the best”…. followed, inevitably, by “you haven’t seen the last of me” when they are booted off for losing.) But I’m also perpetually puzzled by the cognitive dissonance endemic to these shows of being both “the best and most acclaimed at what we do” and “we’re trying to grow our brand and get our names out there.” Which is it, guys?

All of these are elements in Styling Hollywood, but the fact the recitation of them sounds recycled from eight or nine dozen other reality series should tell you that this one hasn’t moved the ball down the field at all. It’s just more detritus floating through a vast ocean of “nothing’s on.”