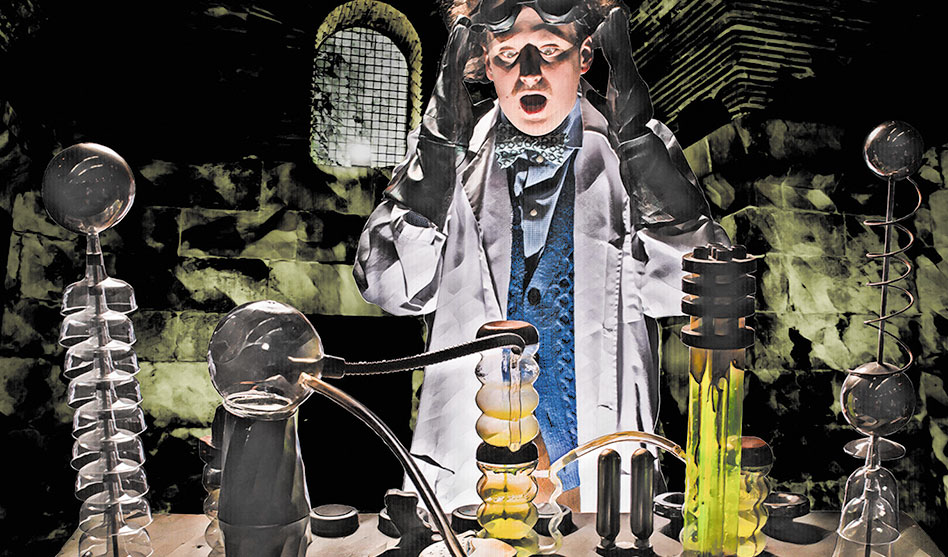 t’s queer Christmas! Or rather, Happy Halloween! The spooky weekend is upon us, and as those costumes are getting the final touches and early parking spots are being snatched, there are a bloody number of ways to plan out a weekend-long celebration. Of course, the frighteningly fabulous centerpiece is certainly down on Cedar Springs.

Party all night
On Saturday, Oct. 29, the party is back on the streets of Oak Lawn. In the 3900 block of Cedar Springs Road, which is basically The Strip, the Block Party returns. No one puts this party in a back parking lot — not for long, at least,
This Halloween tradition for the community continues welcoming all to revel in the street celebration with or without costumes. Leather, drag, Party City costumes — all can commune at the Strip. But be ready to work those outfits because one highlight of the party is the costume catwalk where anybody and everybody can sissy that walk and serve their scary lewks.

Normally the Block Party is a week before Halloween, but, due to State Fair scheduling and at the request of city officials, this year’s party lands right on the big holiday weekend.

The all-ages night will feature live DJs, drag shows, giveaways and food and beer for purchase. Costumes are highly encouraged, but, dressed up or not, everyone can get in on the fun.
Need a break from the outside? Just head on into any of the bars and clubs because all will be hosting their own Halloween parties.
DallasHalloweenBlockParty.com

If you just wanna dance with somebody, the RAM Party celebrates with HalloWOOF — Heaven and Hell, “the biggest Halloween Gay Dance party.” The underground event based in New York brings its testosterone-filled party to Viva’s Lounge on Saturday. Come dressed in your best heavenly or devilish realness, but it is a RAM Party so pup masks and gear will work just as well.

DJ House of Labs from Portugal will headline the night’s beats with an opening set by Jamey Boozer.

And if you purchase the combo tickets, you can keep the party going the rest of the night — or is that morning? The RAM Party moves to Club Underground and continues with BTS (BedTime Stories) Official Halloween Afterhours that will keep you dancing from 3 a.m. to 7 a.m. DJ Jerac from Colombia headlines the late-night affair. And you’ll get out just in time for a La La Land coffee chaser right before church.
DaddyErsin.com

Stage frights
All the thrills aren’t on the dance floor. Some are found onstage. More fun than fear, add a night out at the theater to your Halloween festivities.

Theater Three’s Young Frankenstein is a stellar and hilarious romp with a strong cast and smoke-filled (read: dry ice) sets. The musical is based on the Mel Brooks movie — and is co-written by Brooks — and it centers on Frederick Frankenstein’s discovery of his infamous grandfather’s experiments in Transylvania.

The show runs through Nov. 13 in case you can’t fit it into this weekend’s festivities.
TheatreThree.org

Do the “Time Warp” at Lyric Stage’s The Rocky Horror Show at the Majestic Theater. The cult classic follows Brad and Janet, who find themselves in a creepy mansion with the mad but fabulous scientist, Dr. Frank-N-Furter and the hunky monster Rocky.
The show opened Wednesday and runs through Sunday.
LyricStage.org

Head up to Plano for Art Center Theater’s Evil Dead the Musical. Fusing the original Evil Dead trilogy of films, including Army of Darkness, this horror hilarity centers on college students in an abandoned cabin and the heroics of Ash, the demon-killing hero. Also, be ready, because this show has a “Splatter Zone” to give the audience an extra bloody good time.
The show runs through Nov. 6.
ArtCentreTheatre.com

Get haunted
What’s Halloween without a haunted house or three?

The coven awakens at Dark House in Plano, which is often cited as the No. 1 Haunted House in Dallas. Thirteen witches have woken from slumber into one nightmare for all who visit. What’s worse, your screams will only charge the witches’ spell and deliver you to doom — or just scare the holy hell out of you.

Dark Hour Haunted House has also undergone a huge expansion which means more scenes and nightmares to experience and enjoy. And if you’re feeling a bit extra, try the 90-minute VIP experience complete with a concierge and tour guide and access to one of two VIP lounges, access to the interactive Scare Stations and more perks.
DarkHourHauntedHouse.com 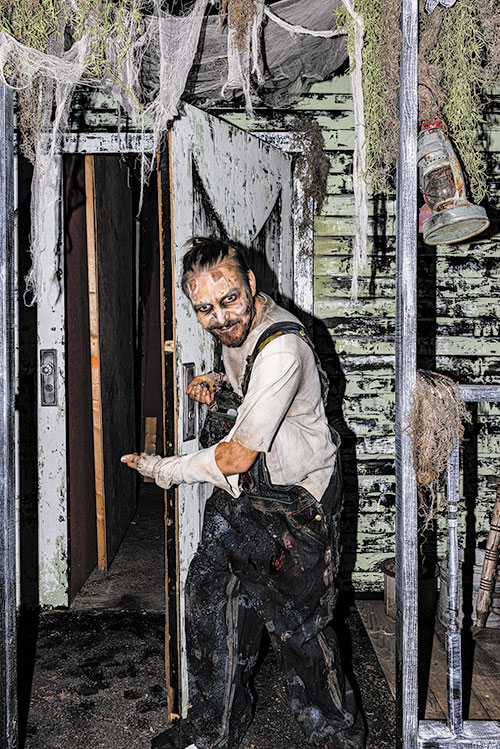 Ghouls and goblins welcome you to Screams horror theme park. (Photo by Pogo, courtesy of Screams)

For some horror on steroids, Screams Halloween Theme Park has you covered — at least until Saturday. With five haunted houses on its campus, there is truly something for everyone at this horror theme park located just south of Dallas off I-35 in Waxahachie.

This year’s new house is the Bootlegger’s Bayou. But it’s not just about the haunts. Screams features the new Cool Ghoul Boulevard, Rottingwood Cemetery, DJs at the Taboo Tavern Stage, Scary-Oke and live entertainment. The Headless Horseman Tavern and other pubs all serve food, drink and alcohol and carb-load at the new 13th Hour Bakery.

The best part is admission covers all these scares, but Screams’ last day is Saturday. Sad face.
Not recommended for 15 and younger.
ScreamsPark.com

Popcorn creepies
Movies are just as much part of the Halloween experience as costumes and candy. Step away from the Netflix and HBO Max for these screen scaries.

If you prefer The Rocky Horror Picture Show film over the stage version, join Los Bastardos in this live shadowcast at the Ridglea Theater in Fort Worth. Prop packs will be available for purchase for a true Rocky Horror experience.
Doors at 8 p.m.
TheRidglea.com

Texas Theater will screen horror films all weekend long, but Friday night features a live performance, too. The night begins with a 35mm screening of the horror classic Re-Animator. Then stay for a live performance by Visceral Cuts which will perform songs inspired by Child’s Play, The Blob, Blood Rage, Frankenhooker and more.  8:30 p.m.
TexasTheatre.com 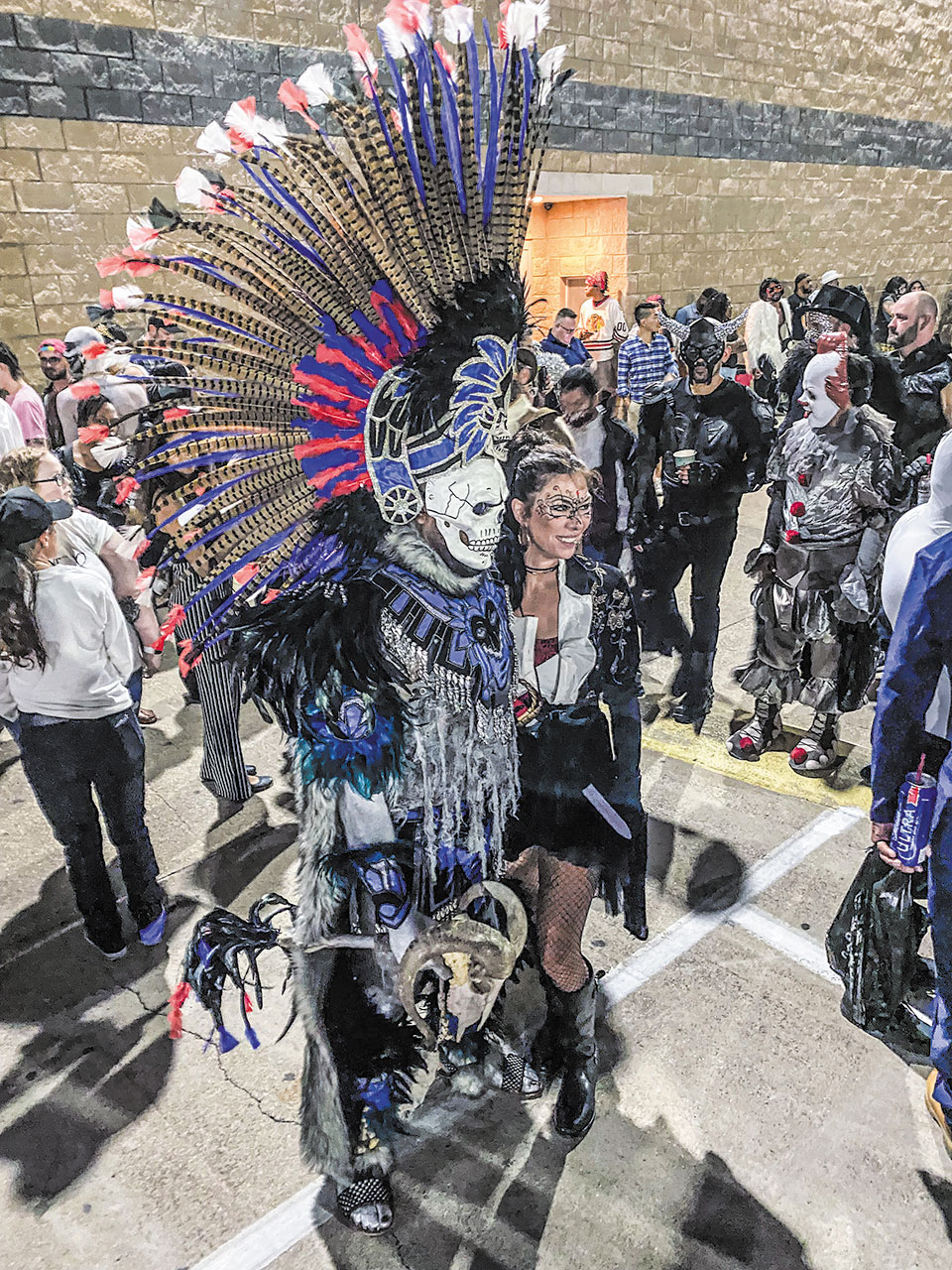 Go way back for some iconic horror films by Fathom Events. The series hosts a double feature of Universal’s monsters including Creature from the Black Lagoon and Phantom of the Opera in lavish Technicolor. Select theaters will screen the Saturday film event.
FathomEvents.com

And if all that isn’t enough to fill your Halloween horror needs, check out our Plan Your Week calendar on Page 41 of this issue of Dallas Voice for even more Halloween parties and fun.