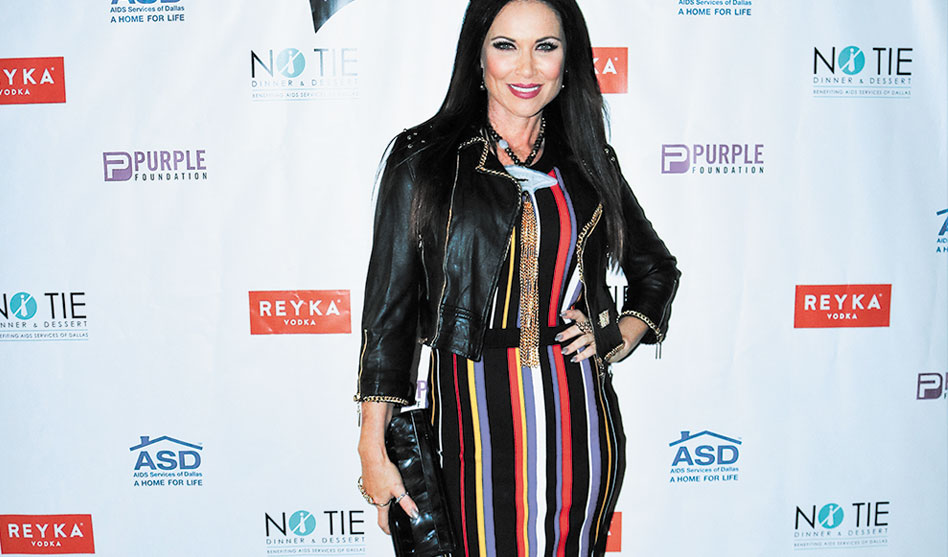 Don’t make judgements based just on soundbytes and headlines

There can be no doubt that the internet has changed the way we live. In my case, I rarely get lost driving anymore; I have whole albums of selfies to select when I need to post something for an ego boost from strangers; I stay connected to friends across the globe, and anything I want to know is at my fingertips. 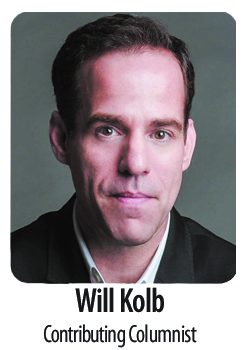 In addition — by choice — my opinions, thoughts and every move can be cataloged in a continuous online diary that people can either ignore or follow, as they choose.

But along with this comes a darker side, something I think of as trial by internet. And we are reveling in it as a society.

As we read less and ignore long-form journalism, we’ve been reduced to reactionaries of hearsay and headlines — a giant online community that has an opinion about everything, regardless of how much we know; a ferocious cabal of critics without credentials. Hidden behind screens, bogus screennames and cartoons as profile pictures, we gleefully comment away on anything and everything.

From celebrity scandals to nonfactual news, everyone has a voice now. Someone is angry at someone and posts it online? Within minutes the likes and vicious comments pour in from those knowing, at best, one side of the story and, at worst, nothing at all.

I went though this sort of trial a few years back. After starting a large network of online groups, I discovered that by putting yourself out there, you not only attract fans, you get haters. A small group of those charmers ignited an online attack campaign. Before I knew it, I was getting hate mail and texts from people I had never met; the

Amazon reviews of my novel were destroyed by people that never bought the book, and even folks at my place of employment were getting emails from anonymous strangers.

Most of these people didn’t know me. They had read something that someone insisted was true. They didn’t ask my side. They didn’t evaluate my actions or character.

They just knew. Because they read it on the internet.

It took years for that to die down.

Which brings me to two cases in the news at the end of 2019. The first is regarding our own Real Housewife of Dallas, LeeAnne Locken. Now in case you don’t watch or care about the show (and many of us don’t, and you don’t need to approve of these kind of shows to follow my thoughts here). Ms. Locken is embroiled in a scandal due to a comment she made on air. She called a fellow castmate a “chirpy Mexican.” And boy did she get it.

The charges of racism and calls for her removal from the show came fast and furious. And they came from all quarters: fans of the show, non-watchers, people that simply read a headline, fellow cast members or friends and fans of fellow cast members.

Yet there is a backstory. The cast member called a “chirpy Mexican” is Kary Brittingham, the newest of the cast members of Real Housewives of Dallas. On numerous occasions, on air, she has called herself the “tough Mexican.” But no matter. In a heated discussion, LeeAnne let slip her “chirpy Mexican” comment. Now, was that politically incorrect in this day in age? Yes. Did she need to apologize? Yes. Did she? Yes.

But was it racist? No, in my opinion. And even if you think repeating what a woman has called herself multiple times, Mexican, is racist, the question then becomes what was the intent and what have been the actions of the person accused of being racist?

Is LeeAnne Locken a racist? If you follow any of the sites on social media devoted to the show or the network, the outlook is glum. She simply must be a racist. After all, she said it, didn’t she?

So, a lot of people’s verdict is to destroy Ms. Locken as quickly as possible. And to my shock, many of those people gunning for LeeAnne are part of the LGBT community.

But those choosing to react to a heated conversation on air with all the pressures that go along with a definitive judgement of racism might also wish to investigate Ms. Locken’s actual actions.

Those in the LGBTQ Dallas charity and social services community are quite familiar with LeeAnne. Long, long before it was fashionable or of any interest to heterosexual women to be involved, LeeAnne was charging ahead on the frontlines in defense of her LGBTQ friends. She didn’t just talk the talk, she walked the walk. From headlining to chairing to hosting, Ms. Locken was there.

After her Real Housewives gig started, she didn’t retreat; she got even more involved. And what does that have to do with racism you ask? Well, again, we’d have to ignore the soundbite or headline and dig a bit deeper.

Closest to Ms. Locken’s heart has been her work with Legacy Counseling and Founders Cottage. But who was she helping there? Her rich, stylish, white gay friends?

Nope. LeeAnne focused on minorities of all colors. And it wasn’t just service and fundraising galas. She was there — listening, loving, hugging and caring on each and every one of the clients and beneficiaries.

Those that work with her on her mission don’t see racism in her heart. They don’t see it in her actions. And perhaps while they flinched for her as she spilled out something that at the time seemed like a funny line but in retrospect is regrettable, those in the know are quite sure the intent and the heart are not what those so quick to try her by internet are determined to brand her: a racist. Simply put, she is not.

But the internet is determined — the actions, the heart, the love being wiped away by people who care to know the headline and not the story.

The Housewives shows by their very definition are designed for drama. Each has the same formula: Find a group of women; let one rise to the top and become the alpha (in the Dallas case, it’s always been LeeAnne), and then let the others squabble and fight and kick at the pedestal until they can bring down the Queen Bee and assume the top spot themselves.

And by the reactions of the other Housewives, they think they finally have the weapon to do it. And while acceptable that none condoned the comment, not even one defended the heart of their castmate. They just went for the jugular, all the while knowing her record of service to minorities. And considering the skeletons in these women’s closets, that surprises me a bit. I know a few of the ladies and racism, homophobia, hypocrisy and pettiness are not something that hasn’t played a part in more than one of their lives. So far, they haven’t been caught.

That’s why it surprises me to see kettles so anxious to point at a pot, even when this indictment is mislabeled from making an insensitive and politically incorrect remark to deliberate and blatant racism.

In all fairness I know LeeAnne Locken. She’s brash. She’s outspoken. Occasionally she opens her mouth and words just fall out. Sometimes she regrets those words.

But I am very clear on one thing: She isn’t a racist. I’ve never heard her once say anything negative about any racial group. And if calling someone a Mexican makes her a racist instead of someone just using a word that may be improper in a politically correct era, I hate to say it, but I don’t know anyone white over 40 that while having their every moment recorded or filmed wouldn’t get caught in some similar transgression.

Before you read a headline and simply judge her a racist, go to an event that LeeAnne is headlining. Watch her closely. Watch her eyes as she’s speaking to anyone of any color, creed, orientation or social status. I have. And I’m a fair judge of character. Her eyes are attached to her heart, and all I’ve ever seen pouring out towards anyone not on a show where she’s paid to be embroiled in drama, is love, kindness, compassion and an assurance that she finds herself no better or worse … just another human.

Which brings me finally to the second news item: Hallmark and the pulling of the lesbian wedding kiss advertisement from their network. Here is yet another trial by internet. We read the headline, and it was off with Hallmark’s ornament-shaped head.

The headline was all we needed. Homophobic, horrible company was the verdict. BOYCOTT!

Yet those that went a little deeper discovered a few things. First, we discovered that the company has a 100 percent inclusivity rating from Human Rights Campaign.

Their LGBTQ employees have benefits and protections. The company has frequently fought for tolerance and human rights. They have a full line of LGBTQ-themed products.

Now don’t get me wrong, pulling the ad WAS homophobic, pandering to a very low hate group determined that their families have the only values that matter.
But again, it’s about actions and intent.

Did some executive feel the heat from a right-wing conservative so-called Christian group and scare the network into thinking all their heterosexuals were going to run away from Hallmark? Of course. Did they buckle? Sure did.

But within 24 hours the corporation had reversed the decision, made a lengthy apology and promptly reinstated the ads.

But didn’t the gay community threaten to boycott the network, you ask? Absolutely. But were we watching them anyway? Doubtful. The Hallmark demographic is basically 1950s-longing families with 2.5 kids anxious to watch a lonely secretary find a man before Santa forgets to come to her house.

But isn’t that just about money then? Well of course it is. It’s almost always about money. Just ask any of our sainted LGBTQ celebs who come out after already making their millions or when their career was on the downslide. It’s the money.

All networks play to their demographic. From Fox News pandering to the Trumpdalytes to Logo giving us a daily dose of RuPaul, networks play for those who watch.

And yet the trial by internet is determined. Everywhere you saw our community certain that the company hates us despite their record. Nothing they said, no apology was good enough.

The internet has taught us to react, to simply agree with whatever headline suits us. Humans tend to see what they want to see and hear what they want to hear. I’m certainly not immune. But before I decide someone or something is racist, homophobic, guilty of #MeToo moves, etc., I always dig deeper. I read more, and I mull it over. Life-destroying judgments are far more complex than a simple headline. They are more deserving of consideration than a reaction to a shared meme or post.

And I almost never comment online. Frankly, I presume someone so certain has already made up their mind, and I won’t be able to convince them otherwise in a comment.

Having been through a trial by internet myself, I try to remember that once a judgement is passed, the accused has no way to counter the avalanche that the internet becomes.