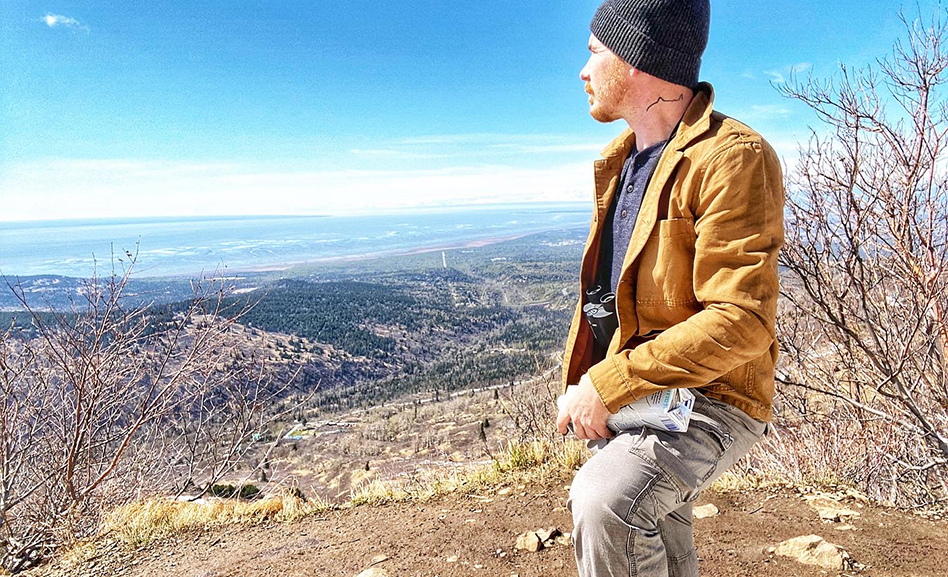 I recently returned from a weeklong trip of a lifetime to Anchorage, Alaska for my 40th birthday. If the Last Frontier is on your travel bucket list — and it should be — here are seven incredible things to do in Anchorage that’ll convince you to move it straight to the top.

If you’re a wildlife and/or national park enthusiast like I am, you’ll get the best of both worlds when you book the Kenai Fjords National Park cruise with Kenai Fjords Tours. The dock is about two-and-a-half hours south of Anchorage in a small port town called Seward, and the drive is nothing short of breathtaking. Glistening lakes and snow-covered mountains sit just outside your window nearly the entire length of the drive, and that’s just the beginning of the beauty.

Once aboard the six-hour cruise — which costs a very reasonable $164 — you’ll head out into Resurrection Bay to look for humpback whales, orca, sea lions, sea otters, black bears and puffins. All of that wildlife (and more) came out to play on my excursion.

Another highlight was the three glaciers along the route, one of which was actively depositing small breakaway ’bergs into the ocean — a sight to behold. Nature was quite generous that day.

In hindsight, this cruise was a high point of my vacation and a unique, relaxing way to see one of America’s most scenic national parks.

2. Sip local beers at the city’s many breweries

I enjoy many of life’s pleasures regularly — I mean, what’re we all here for? — and one of those joys is sipping local microbrews while supporting small businesses. Anchorage is replete with breweries, and some of the ones I visited after a half-day of sightseeing included the 49th Street Brewing Company in the heart of downtown, King Street Brewing Company and Midnight Sun Brewing Co., the latter of which serves up a comforting, tasty ancho beef dip that I highly recommend. I’m currently trying to recreate the recipe in my own kitchen. You know a dish hit all the spots when you can’t stop thinking about it.

3. Have some fun at the downtown gay bars

There are two bars downtown that locals consider “queer” — the Raven and Mad Myrna’s. The Raven is a typical dive-ish watering hole that attracts regulars. Nice outdoor patio, jukebox, a few games inside and plenty of pleasant folks to chat up at the bar. While it was never “busy” the three times I popped in — once on a Saturday night — it was just busy enough for me to enjoy a couple drinks and play the lottery-endorsed pull-tab game that netted me $42 in winnings. Paid for my beers at least.

The newly renovated Myrna’s is the go-to drag show in town (and the only one), even if the clientele skews a bit straight as of late. There were queer folx there, but majority hetero (hot ones though, so that’s a plus). And maybe I’m a cynic, but I didn’t expect the quality of show I saw on my visit. It was good — very good, in fact, and more than worth the $5 standing-room cover charge. For a higher fee you can snag a table with advance reservations, but you’ll see all the same action up close and personal for your single Lincoln.

Driving to Denali National Park from Anchorage is a four-and-a-half hour one-way hike, a car trip I didn’t have time (or desire) to take. So, I booked the next best way to get up there — scratch that, the absolute best way to get there — a three-hour float plane tour that takes off and lands from the Lake Hood Seaplane Base in Anchorage, the busiest of its kind in the world.

It takes about an hour of flight time to reach the park, where Denali’s heavenward peak towers over the surrounding range. The plane flies between smaller, stark-white frozen summits, over base camps destined for Denali and makes a water landing on a lake outside the park where we stretched our legs before heading back to port.

On the way home, we spotted from the sky an arctic wolf on the hunt — another added bonus from an already amazing activity that my vacay wouldn’t have been complete without.

5. Pick up wearable souvenirs at vintage and antique stores

No matter where I travel, I seek out vintage and antique stores for one-of-a-kind keepsake souvenirs that will give me a lifetime of pleasure. There’s a long list of stores to make a day out of in Anchorage, including Ozarks Americana, Lazy Dog Antiques and Collectibles, The Pack Rat Antiques and Rusty Raven Antiques. That last one is where I picked up a half-century-old leather bolo tie featuring a hand-carved ivory polar bear slide and silver tips that I haggled down to $50 from $65, a complete steal in my opinion.

I was five days into my trip when I rented a bicycle from Pablo’s to travel the Tony Knowles Coastal Trail, which extends 11 miles from downtown to the Ted Stevens International Airport. For that reason, I opted not to keep the bike for a full day but rather just three hours. That gave me plenty of time to go four-and-a-half miles in, just past Earthquake Park, an informational memorial about the devastating four-minute, 9.2-magnitude quake that drastically changed the coastal Alaskan landscape in 1964.

After returning to downtown, I dove face first into breakfast at Snow City Café (conveniently located right next to the bike rental joint), where I ordered a Raspberry Dream white hot chocolate (with whip – ’cause I ain’t no skimp) and the Country Benedict with sausage patties topped with poached eggs on a split buttermilk biscuit covered in sausage gravy. That’s what you’ll order too if you know what’s good for you.

7. Hike the summit of Flattop Mountain

On my final day, I mustered up just enough energy to take one last trek, this time to the top of Flattop Mountain. Steep grades and sprawling views of downtown Anchorage and outer-lying areas highlight this three-plus mile hike (though it seems much longer when you stop to take photos every 10 minutes; you can find my naked wilderness butt shots on IG @mikeyroxtravels) that culminates in a slippery scramble to the flag-bearing summit.

If you put this on your itinerary, don’t hike solo like I did. While there were plenty of other hikers on the trail, there’s opportunity for accidents to happen. Plus, hiking Flattop with a buddy makes the uphill battle feel less like work, which this hike is. I thought I was fairly fit at 40, but this trail proved otherwise. Both my aging lungs are still intact, so win? I’ll let my upcoming physical decide.

Mikey Rox is an award-winning journalist and LGBT lifestyle expert whose work has been published in more than 100 outlets across the world. Connect with Mikey on Instagram @mikeyroxtravels 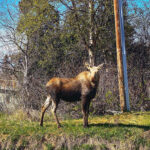 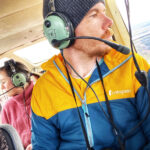 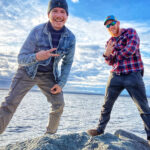 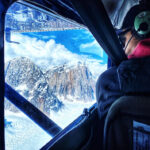 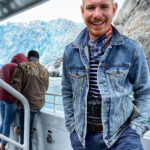 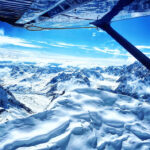 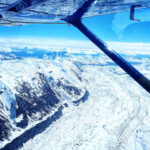 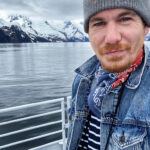 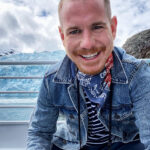 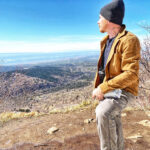 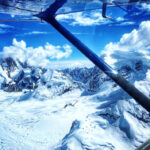 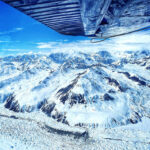 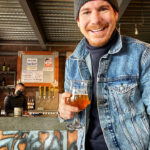 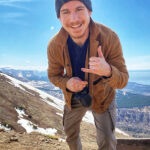