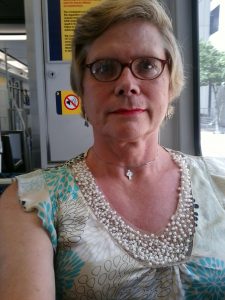 Police cited a transgender woman for disorderly conduct on April 25 for using a women’s restroom at Parkland hospital.

An officer with the hospital’s police force wrote the citation for a class-C misdemeanor after a complaint was lodged by someone who saw the transgender woman, Paula Witherspoon, leaving the bathroom.

Witherspoon said she was at the hospital with her husband, who had a follow-up appointment after suffering a heart attack.

“I live full time as a woman,” Witherspoon said.

She said hospital police told her they weren’t there to decide whether she was guilty.

“Then they wrote me a ticket,” she said.

The ticket lists Witherspoon as a man and her name as Paul. But Witherspoon provided a copy of a letter from her clinical psychologist at the Dallas VA Medical Center, Gloria J. Emmert.

“As a frequent visitor to the Dallas VA Hospital, she is expected to use facilities consistent with her external presentation, which is female,” Emmert wrote. “Please assist this Veteran by supporting the application of this ethical approach in all Dallas settings.”

Ken Upton, a supervising attorney in the Dallas office of Lambda Legal, said lewd conduct is the closest thing he could find in Section 4201 of the Texas Penal Code, the statute listed on the ticket.

For that portion of the code to apply, Upton said, Witherspoon would have had to have acted “intentionally or knowingly for a lewd purpose.” But since she went into a private stall, that’s unlikely, he said.

Witherspoon said she didn’t even know whether there was anyone else in the restroom.

“I went in, did my business, washed my hands and left,” she said.

And the letter from the psychologist indicates she was following doctor’s orders rather than acting out of lewd intent. Upton said Parkland will have trouble defending the case.

“The officer doesn’t know if anyone else was in there,” Upton said, so his testimony would be hearsay. And if the complainant wasn’t in the restroom, that person was not a witness to any lewd behavior.

Upton said the officer probably figures Witherspoon will either pay the fine or it’ll be dismissed.

“And he doesn’t care,” Upton said, adding that the officer couldn’t have written a ticket for simply using the wrong bathroom.

“That’s not a crime in Dallas,” he said.

Officials at Parkland, Dallas County’s public hospital, are looking into the incident.

“We have verified that on April, 25, 2012, Parkland Police responded to a complaint from a concerned female patient regarding her allegation that there was a male in the female restroom,” Parkland spokeswoman Charise Thomason wrote. “Because of the complexity of the issue, the incident is currently under review. Parkland strives to treat patients, visitors and staff with dignity and respect, as well as provide a safe environment at all times.”

Roberto de la Cruz, an openly gay member of Parkland’s Board of Managers, said he plans to meet with Witherspoon on Wednesday at her home. He said his concern is that transgender people are welcome at Parkland and will be treated with dignity.

After the jump is a copy of the letter from Dr. Emmert, as well as Witherspoon’s ticket. 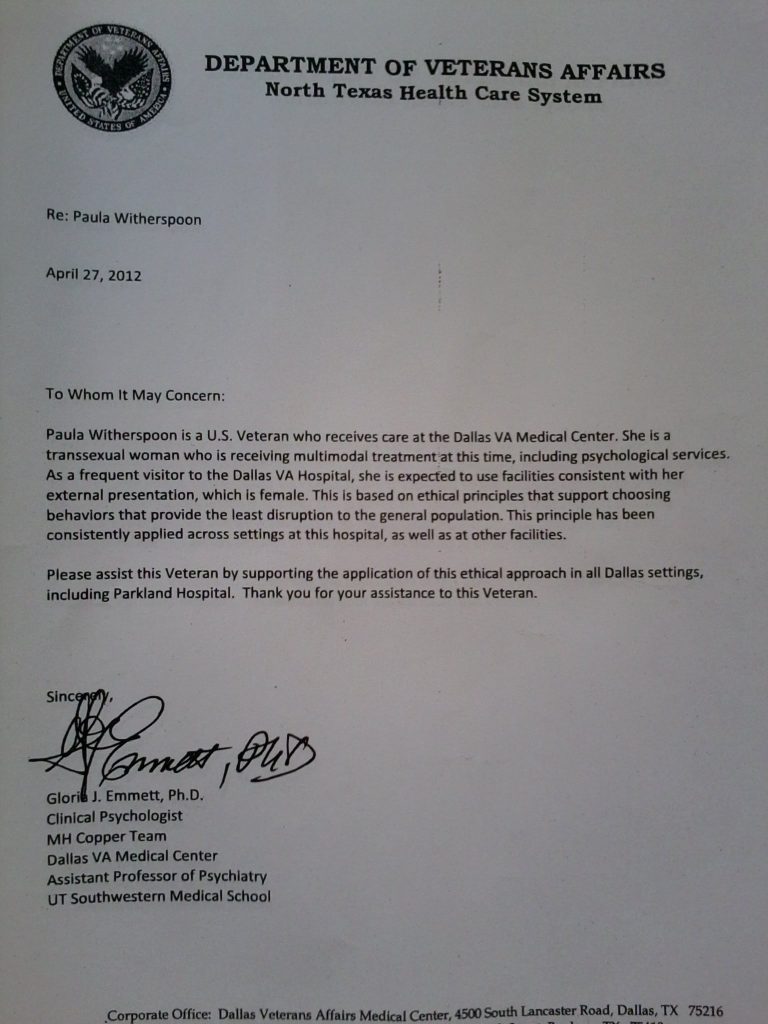 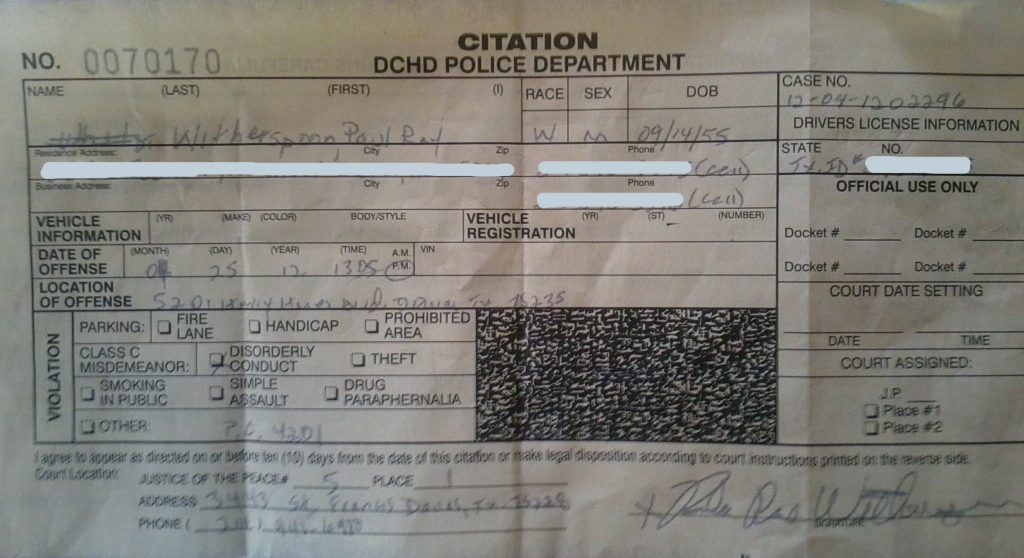