The 2021 Ford Bronco Sport OBX can handle its bourbon 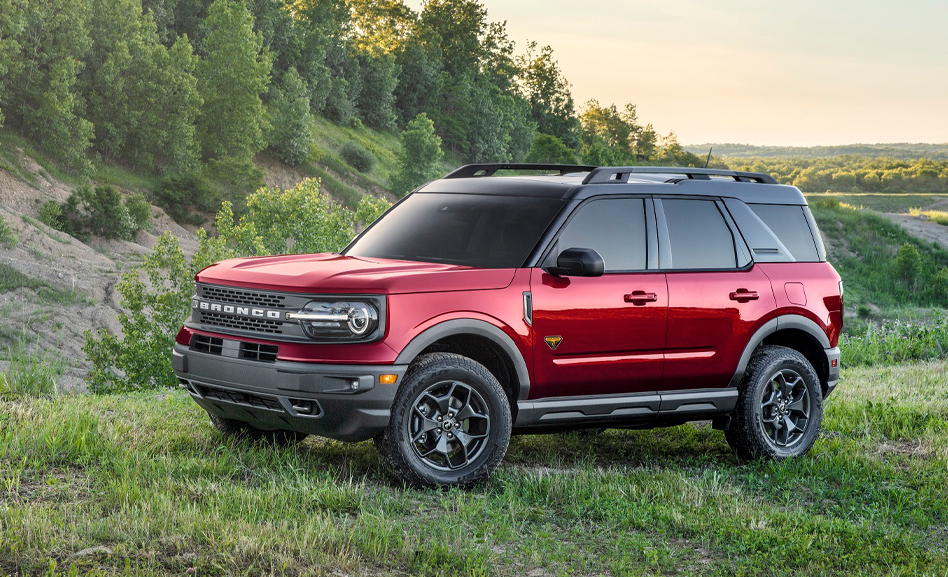 It takes a special kind of vehicle to handle its bourbon. No, I don’t mean drinking it. And, I would never suggest a human driver should imbibe behind the wheel. Not cool. 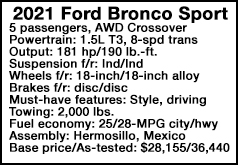 But there are vehicles that enjoy a good run to Bourbon Country near Frankfort, Ken. — both for a safe sampling and to cart home a few bottles and distillery swag for personal consumption.

Let’s just say the 2021 Ford Bronco Sport Outer Banks edition is up to the challenge.

Without a refined palette, many people cannot tell the difference between an affordable bourbon and an unobtainable one. The same seems to be true for the Bronco. It’s been a slow ramp-up for the fully capable truck-based Bronco because of the chip shortage, but the smaller Escape-based Bronco Sport is in more ready supply. Most people thought our Sport was the former, given its wide flat hood, stamped metal-looking grille with BRONCO spelled across it, round LED headlamps and thick bumpers.

As the luxury edition of the Bronco Sport, the Outer Banks sports 18-inch ebony wheels, power moonroof, contrasting black roof and wiper de-icer. It looks tough enough for boulder-strewn trails but wears the suit of an urbanite. 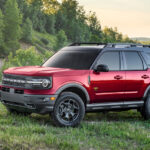 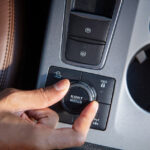 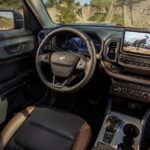 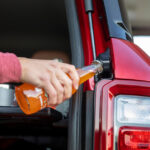 Much of the interior feels like it could be scrubbed down after a day of play, but basic themes echo the F-150 pickup with simple controls and an intuitive touchscreen to control navigation and devices connected through 4G Wi-Fi, Apple CarPlay and Android Auto. You can charge wirelessly in the lower console. And keeping us safe was Ford’s Co-Pilot 360 system that includes adaptive cruise, lane centering, auto emergency braking, blind spot warning, lane keep assist and rear cross path detection.

If you were thinking of power-crazed runs up the side of mountains, the powertrain will bring you back to level ground.  That said, the 1.5-liter turbocharged three-cylinder engine had no problem carving up city streets and hills through northern Kentucky with its 181 horsepower and 190 lb.-ft. of torque. That routes to the electronic all-wheel-drive system through an eight-speed automatic transmission. Keeping a little money in pockets for new high ball glasses was reasonable fuel economy rated 25/28-MPG city/highway.

Given its crossover underpinnings, the Bronco Sport is more about getting to a favorite fishing or camping spot down a plotted trail than busting over unproven terrain, but it is fairly capable. The vehicle’s G.O.A.T system (Goes Over Any Terrain) configures the throttle, steering and traction control for Normal, ECO, Sport, Slippery or Sand. Leave it in ECO for the best fuel economy, but it feels best with the heavier steering and more sensitive throttle of Sport mode. A short wheelbase and four-wheel independent suspension contribute to spirited handling, on-road or off.

The luggage area was plenty large to carry home a few bottles of spirits, a tee-shirt, a low-ball insulated cup, sipping glasses and a whole bunch of other paraphernalia.

Over five plus hours of driving, the Bronco Sport never put a wheel wrong. Some hard-core Bronco enthusiasts will undoubtedly want the proper fully-framed version, but most would be served better by the Bronco Sport’s more civil behavior in everyday driving. Ford created a winner with this one.