Tinderholt wife #5 shows her conservative values at a Playboy party 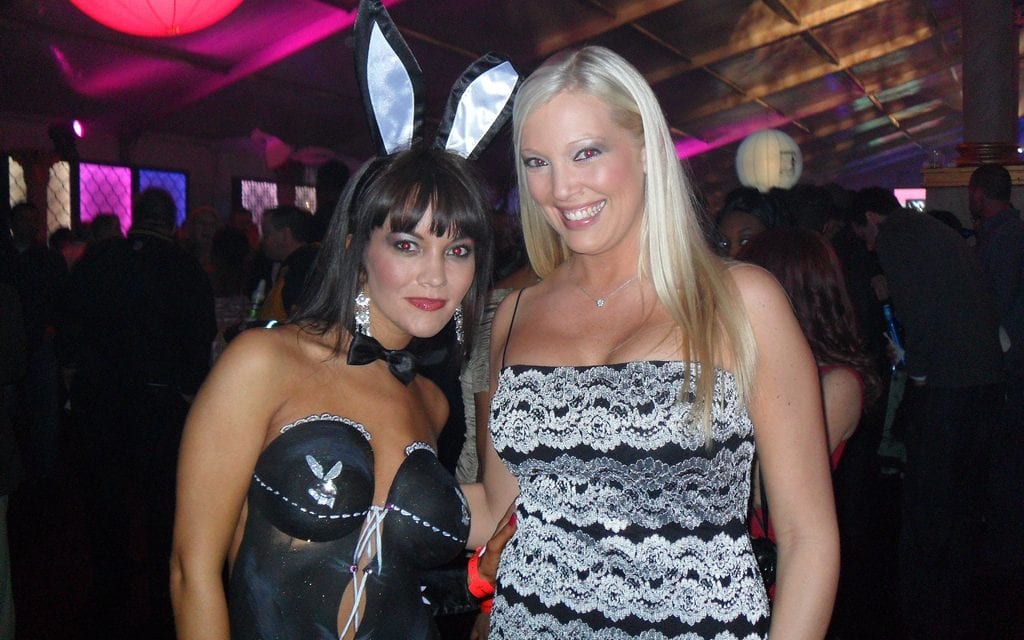 Texas state Rep. Tony Tinderholt has been making a name for himself as a self-proclaimed protector of Christian values. To protect the sanctity of marriage, for example, Tinderholt filed a complaint against a judge — the wrong judge — for declaring Texas’s anti-gay marriage law unconstitutional.
(After Dallas Voice posted a blog about the complaint against the judge, Tinderholt blocked us from his Twitter page days ago. Today he took his Twitter page down because he was getting bombarded by people from around the world.)
Tinderholt believes so strongly in the sanctity of heterosexual marriage that he has done it five times now. Wife No. 5, Bethany, was also wife No. 2. On her Twitter account, Bethany Tinderholt says she is a former Dallas Cowboys cheerleader, adding, “I believe in God, family and conservative values.”
Apparently, going by these photos that were sent to Dallas Voice today (Wednesday, March 4), believing in “God, family and conservative values” includes going to Playboy parties wearing cleavage-baring dresses and posing with similarly-dressed women and a Playboy Bunny or two, while waving around condoms.
We think the pictures were taken last year at the Aloft Hotel in downtown Dallas when the hotel became the Bud Light Hotel for Final Four weekend — at a time that Tony and Bethany Tinderholt were already proclaiming their Christian faith and conservative values to prove he was qualified to serve in the Texas Legislature.