Time to do the right thing at last

U.S. senators on all sides must act against anti-LGBTQ discrimination 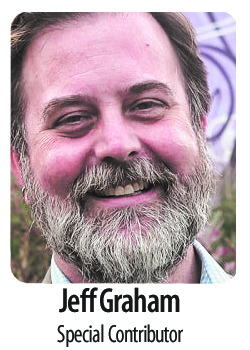 Georgia has had the eyes of the nation on it for some time now. It’s just more than five years now since people across Georgia braced themselves as lawmakers sent sweeping anti-LGBTQ legislation to the desk of then-Gov. Nathan Deal.

The LGBTQ community feared the potential harms that the broad “license to discriminate” bill could bring.

Business leaders feared billions of dollars being drained from the state’s economy as major players from Hollywood, the business sector and even the NFL threatened to pull investments.

But after thousands of calls, meetings and letters, Gov. Deal — a Republican and devout Evangelical Christian — ultimately did the right thing. He vetoed the bill, saying, “We do not have a belief in my way of looking at religion that says we have to discriminate against anybody.”

At the time, Gov. Deal’s veto was heralded as a radical move for a Republican leader. But the truth is that Republican lawmakers faced with bills targeting LGBTQ people frequently take action against these measures.

There are plenty of examples of Republicans supporting LGBTQ people. But they’ve often been lost in the headlines stoking the so-called left-versus-right “culture wars.”

In my home state of Georgia, Gov. Deal’s action inspired further evolution on LGBTQ issues. In the five legislative sessions since that veto, Georgia’s legislature has not passed a single anti-LGBTQ bill.

Republicans and Democrats alike have defended LGBTQ Georgians from discriminatory measures. And so many Georgians across the political spectrum — within families, friend groups and workforces — have had conversations about what dignity for LGBTQ people looks like.

Now it’s time for the members of the United States Senate to build on that consensus by taking the most important and critical step yet for LGBTQ Americans.

It’s time for senators on both sides of the aisle to come together and enact legislation, such as the Equality Act, that would establish concrete, enduring nondiscrimination protections for all LGBTQ people in areas like housing and public spaces, including restaurants, stores, and hospitals.
LGBTQ people in too many states — 29 nationwide — remain vulnerable because of a lack of explicit nondiscrimination laws at the state and federal levels.

Polling consistently shows that a wide majority of Americans in both major political parties strongly supports protecting LGBTQ people from discrimination. More than 8 in 10 Americans support LGBTQ-inclusive nondiscrimination laws, including 62 percent of Republicans.

We cannot let the loudest voices of a fringe minority hold our country back from delivering the promise of liberty, security and equality for all people, no matter where they live. Because, really, we are so close to passing federal LGBTQ protections — closer than ever before.

Nearly 50 years after its first introduction in Congress, the Equality Act has passed with bipartisan support in the House, and it received its first-ever Senate hearing. Republican senators in the Senate Judiciary Committee voiced empathy for the harms that discrimination has caused LGBTQ people. They also expressed a willingness to finding a path to protect us.

And there is more than one bill proposed to address the inequity that LGBTQ people are subjected to. The Senate Judiciary committee opened a door to the long overdue conversation.

Now it’s on us to hold that door open and guide all of our senators through. Democratic senators must reach out to their Republican colleagues and address concerns. Republicans must draw on the many recent examples of conservative leaders working to protect LGBTQ people.

We can’t afford another 50 years of federal inaction on this bill. We can’t afford for the two parties to keep butting heads in a bitter stalemate. For the first time in history, we have a real opportunity to secure protections for LGBTQ Americans, and we must seize this opportunity and find a solution that works for everyone

It’s essential that right, left and center come together, reach consensus and, at last, do the right thing.

Jeff Graham is the executive director of Georgia Equality.