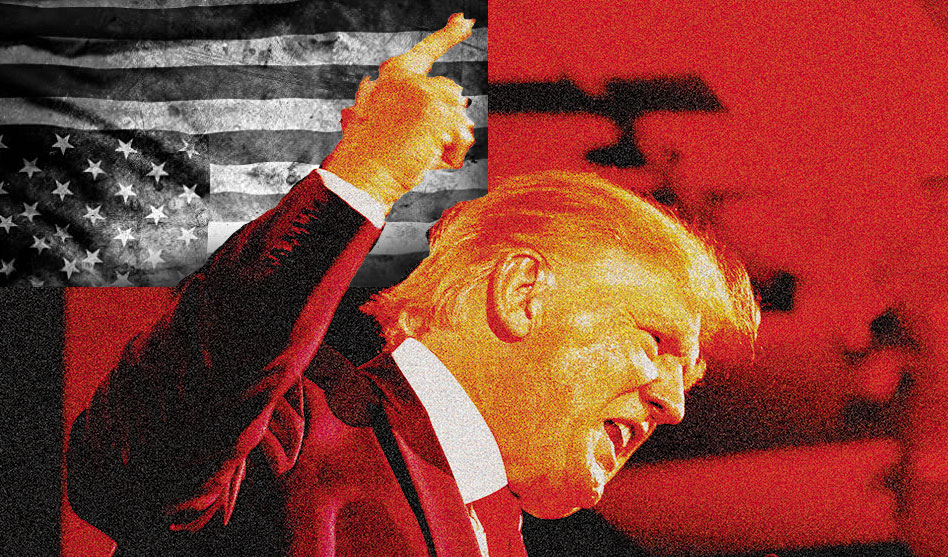 I woke up this morning thinking about disgraced former president Donald Trump and how relieved I was that he wasn’t on Twitter anymore so that I was not constantly bombarded by what is surely him at his most unhinged. He’s been having a rough time of things lately.

Then I listened to What A Day, the podcast I begin every day with. And I was brought back to reality.

Host Priyanka Aribindi describes the “scary reality” that is the “rise in violent threats against the FBI and even calls for a civil war amongst Trump supporters throughout the country. There is a lot of this happening online.”

Host Josie Duffy Rice says that if you look on Truth social, the social media platform for disgraced former presidents and their deranged followers, you will see “really aggressive and violent” threats. Already, one of those threats has become reality for a deranged follower.

Last week, a Trump supporter in Ohio attacked an FBI field office in Cincinnati and was shot and killed by police after a 50-mile freeway chase. The domestic terrorist had been active in Trumpland social media, posting about rigged elections and how the country faces “tyranny.” His last post seems to have been made from a cornfield where he was trapped by police.

What has caused Trumpland to go Threat Level Orange? The FBI raid of Mar-A-Lago.

Were they hoping to get a selfie with the Trump man himself? No. They were there because Trump took a bunch of documents and shit he wasn’t supposed to take from the White House after he LOST THE ELECTION — because of course he did.

This is not a man who has ever felt that laws actually apply to him.

Thankfully, Republicans are being super chill and mature about the whole thing, saying things like, “Oh, boy. This doesn’t look good. Maybe we were wrong to place our trust in this guy.”

Ha! Just kidding. They’re standing by their man, who has already pre-emptively accused the FBI of planting information. And they’re willing to die for him — politically and literally.

“The FBI and Department of Homeland Security issued a joint bulletin warning of a spike in threats against federal law enforcement since the Mar-a-Lago search,” Duffy Rice says, adding that “it’s actually really scary to see, like how many people are willing to just go to war for Donald Trump.”

And it IS scary. Really scary. Honestly, I can’t think of a less worthy person to risk your life for than Trump. He would not do the same for you.

Many Republicans are saying that taking boxes of documents that absolutely do not belong to Trump back to his fancy clubhouse after losing the election is no big deal.

But is there any job you can be fired from and just help yourself to their documents? You couldn’t do that at a Home Depot: “Oh yeah, I’m FIRED? Well, I’ll just take the last year’s worth of receipts from the garden center and the personal files of everyone on the morning shift, thank you very much.”

Your employer would call the police. They wouldn’t just throw up their hands and say, “Okay, but at least try to keep them in a climate controlled environment for us.”

These are scary times when right-wing extremists barely need a nudge before getting violent. And they’re feeling mighty pushed right now with their Supreme Ruler screaming about hoaxes and witch hunts.

We saw what Trump’s lies and rejection of reality led to on Jan. 6. Things haven’t calmed down since then. It’s not like the people who stormed the Capitol Building in D.C. went home and, after being unsuccessful in their attempt to overturn the election, changed their ways and accepted Joe Biden’s win as legitimate.

All of this comes at a time when rights of all kinds are under attack: reproductive rights, civil rights, voting rights. The Republican Party and the extremists who call it home are a clear and present danger to the country. Meanwhile, they are trying to convince everyone that the real threat is a transgender kid being allowed on the swim team or a school library with a copy of Pride: The Story of Harvey Milk and the Rainbow Flag on the shelf.

This puts LGBTQ people at extreme risk during a time of already heightened risk.

We’ve got to vote these extremists out at every level of government. The November election is just around the corner. Make a plan to vote, and vote early if you can.

They’ve shown us what they’re willing to do after the 2020 election. No doubt they have their sights on 2022. We must be vigilant.

Things are only going to get uglier.