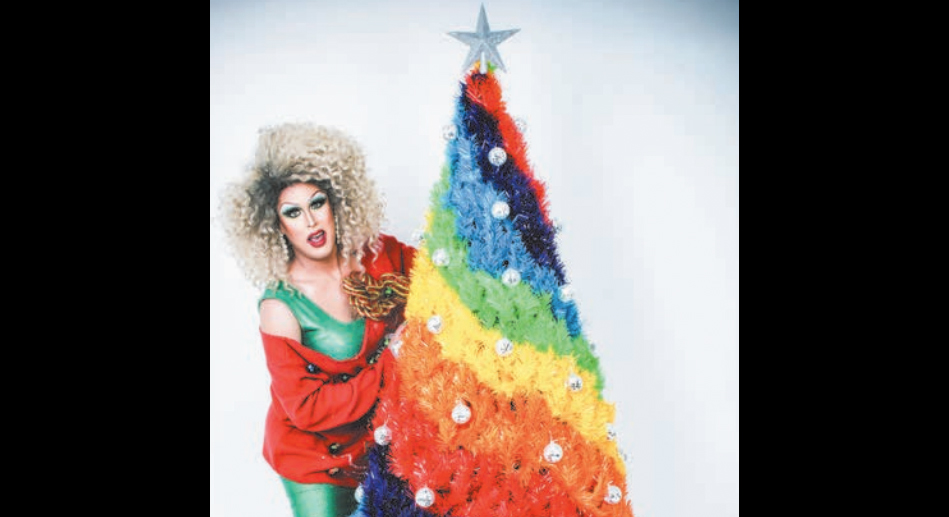 The November 22 Dallas Voice cover girl is Raquel Blake, a drag queen artist who performs regularly at various venues across the DFW Metroplex. Raquel started doing drag almost 20 years ago in Boston, Mass., where she is originally from. She worked there as show host and cast member at several different bars.

In 2011, Raquel says, she started falling in love with the drag scene here in Dallas and was amazed by the outstanding caliber of the entertainers here. So, in 2013, she packed up and headed south to Dallas and within six months of moving here had been added to the cast at JR.’s. 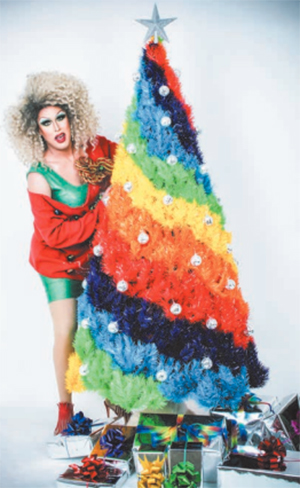 “Since then,” Raquel says, “I’ve been dubbed as one of the most booked queens in Dallas … or PLAN B (when no other queen is available, there’s always Plan B)!”

In the six years since she moved to Dallas, Raquel says, she has been given “some amazing opportunities” to travel and perform all over Texas and beyond, including Australia, California, Florida and Canada. And of course, she added, she has been thrilled to be “part of some amazing events held here in Dallas — DIFFA and Black Tie, just to name a couple.”

“I love Dallas, and I love my crazy Dallas family!” Raquel declares. “Without the love and support from my fantastic family here in a Dallas, I wouldn’t be able to be such a dedicated and hard worker.”

You can catch Raquel Blake on stage Mondays at JR.’s in Cassie Nova’s Freakshow, Tuesdays at JR.’s with host Bleach in the Double Trouble Tuesday Show, Thursdays at JR.’s in the Dreamgirls Show and two Fridays each month at the Red Goose Saloon in Fort Worth where she is host and show director for My Oh My, The Show. On Sundays, she says, she’s either catching up on her sleep or performing in a drag brunch show somewhere.

Don’t you just love the gorgeous, rainbow-colored Christmas tree featured on the cover of this issue of Dallas Voice? Don’t you wish you had one of your own? Well, your dreams can come true!

The Color Burst Rainbow Christmas tree, “a sparkling symbol of joy and unity,” is 7 feet tall, and is available online at Treetopia.com, retailing for $399.

And remember, you don’t have to relegate your rainbow to just the month or two of the “holiday season” each year! It is, the folks at Treetopia note, “as versatile as it is vibrant” and “lends itself well to other celebrations throughout the year, be it birthdays, anniversaries or Mardi Gras.” And we can’t forget LGBT Pride Month or, of course, the LGBT high holiday of Halloween! Surely no LGBT home is complete without a festive Halloween Tree in October.

Oh hell, who are we kidding! Leave it up year-round and just switch out the decorations to match the season!

Cover photo and design by Tammye Nash, with creative input from Chad Mantooth.