This is my normal 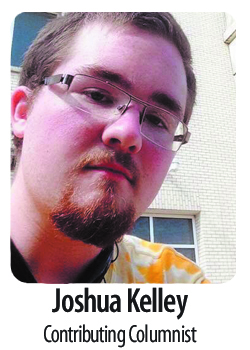 I’ve had two moms for as long as I can remember, but I can vaguely recall the first time my mothers told my brother and me that they were a couple. I was about 6 or 7, sitting next to my younger brother in the car. We were on our way home from the mall, and the information was just tossed out in what felt like a very casual way to see how my brother and I would react.

My only response at the time was, “Huh.” Because I’m sure, somewhere in the back of my mind, I already knew. We were all already living together, so, as far as I was concerned, nothing had changed; telling my brother and me was simply a formality, acknowledging something that had already been going on.

Even today I don’t feel like the declaration all those years ago changed anything. They loved each other so they were a couple; it was as simple to me then as it is today.

Growing up with two moms, as far as I could tell, wasn’t any different than growing up in any other two-parent household. I still played with my friends and neighbors and enjoyed life like most other children. We were a family like any other — dysfunctional and awkward, but we loved each other through thick and thin.

I’ve heard the argument that kids, especially boys, need a strong male role model when they’re growing up, but I don’t agree. I never had that prominent male role model, and I never really needed one, especially since I’ve grown up in an era when most of the stereotypically male tasks — like working on a car — are either automated or taken mostly beyond our control. And those we can do ourselves are limited to the basics of car maintenance — changing a tire, changing the oil, things you don’t need a man to teach you. 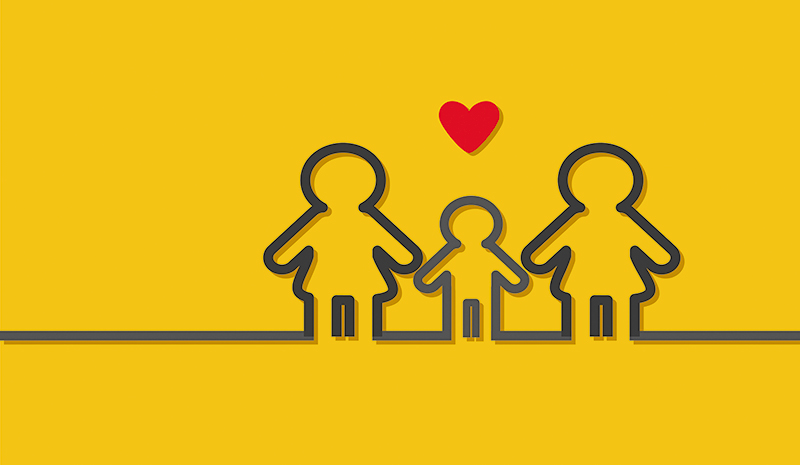 The only thing that posed any sort of challenge was when I had to learn how to shave my patchy, adolescent face, and no one in the house had the experience to help me. But that was solved by asking a local police officer who just happened to be at Walmart the same time my mom and I were one day.

I didn’t know when I was younger about the taboo that society places on my parents’ relationship or any similar relationship. And even when I discovered people’s negative opinions, I didn’t care and couldn’t understand why others cared so much about it.

They were my parents, and that’s all there was to it in my mind.

I think I was lucky because I never met anyone who reacted negatively to my family. Those that knew were just as unconcerned about it as I was. I attribute that to growing up surrounded by supportive people who were fairly accepting. I have heard the horror stories of people with gay parents losing friends over it, but those that I considered my friends never seemed too bothered by the idea. They still don’t.

There were a number of times where I could just sit down, start a conversation and help someone work through their problems, even if I couldn’t change their circumstances. I had people who would seek me out to vent their frustration, their sadness or their anxiety. And I prided myself on being able to understand. I believe it has made me a better friend and person, and it’s something I learned from my moms.

Writing about my life was different because I have gay parents was the hardest thing for me — not for any other reason than I had to stop and think hard about what challenges I might have faced others wouldn’t have, or what blessings I received as a result of my parents.

In my life, I’ve always had two moms. I don’t know anything about what it’s like in a “normal” household, because this is my normal. I’m grateful for that and for my family, and I couldn’t fathom a world any different than the one I’ve always lived in.

Joshua Kelley is a student at Tarrant County College and is working as an intern for Dallas Voice this summer. His two moms have been a couple since he was 4 years old.