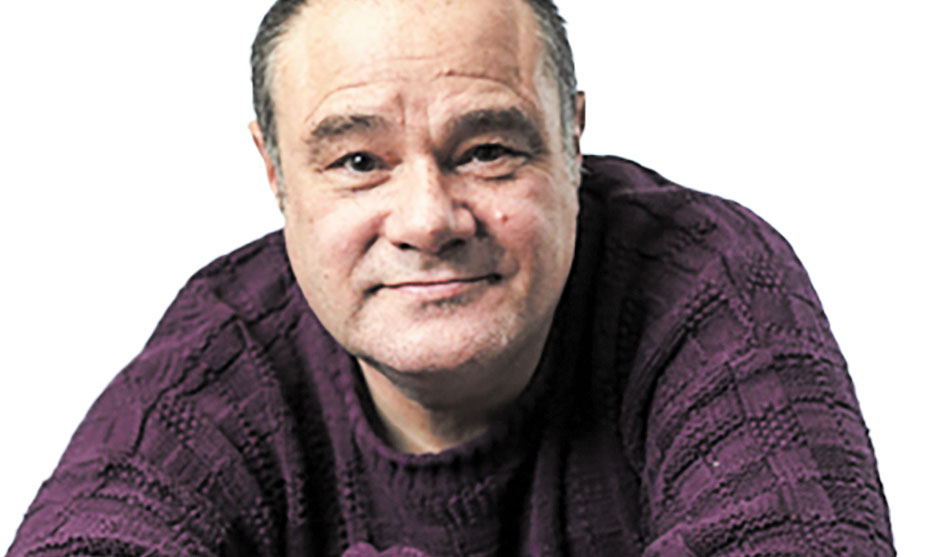 As someone who participated in the Stonewall riots back in June 1969, many people have been asking me the similarities between that event and the events, civil unrest and demonstrations that have followed the murder of George Floyd. They want to know if the two events — and the people pushing for change — share a connecting factor.

In May of 1969, when I was 18 years old, I moved to New York to escape a closeted life of lies. I quickly realized that we, as LGBT people, were invisible in the media, in business, in entertainment and, in fact, in most areas of life. We were thought of as immoral by all religions, as illegal by the police and as mentally ill by the medical profession. And, as I noticed almost instantly, we were treated as inhuman, dominated and controlled by police.

I would find out the extent to which we were dominated very shortly.

When the police burst into the Stonewall Inn that night in June, I witnessed police violence against our community for the first time — not just intimidation, not just verbal abuse, but true physical assault.

The lights blinked inside the bar, and soon after the doors burst open. Police took people, who had been peacefully enjoying their drinks, and slammed them up against the walls. They did this simply because they knew they could, and nobody would stop them. It was their right to attack us because, they believed, we deserved it.

Nobody thought we as LGBT people had any worth in society. No authority would be on our side.

We were let out of the bar one by one. But rather than run home, many of us chose to stay. I stood across the street from the bar. Eventually, there were more of us outside the bar than there were police officers, and the police were trapped inside.

Almost spontaneously we began to throw anything we had at the doors. The police had lost control because we refused to allow them to attack us any more.

Like the black community, we witnessed the hate and the disregard, and we experienced a police force attempting to dominate and control us. As with the protests today, the protesters at the Stonewall Riots were young people my age, street kids, trans people, people of color and women. Society and even parts of our own community had already abandoned us. We didn’t have good jobs that we were afraid of losing. We had only our lives and our dignity to protect.

We were the ones that had nothing to lose.

Sometime in the middle of all the ruckus, I stood there and thought: This is 1969. Black people were fighting for their rights; so was the Latino community and the women’s community. What about us?
In the middle of that revelation, a man named Marty Robinson handed a piece of chalk and told to write on the walls and streets: “Tomorrow night Stonewall.”

And we did meet that second night and then a third. And from the ashes of Stonewall, the Gay Liberation Front was created.

From our anger we founded a group that made sure nobody would forget what happened at Stonewall and that nobody would forget how we’d been treated by the police. A movement was created, the first LGBT movement that was willing to fight back and not just plead for our rights.
We were out; we were loud; we were in your face.

Part of our movement was to work with others seeking social justice, so we marched with women, Latinos and African-Americans. We worked with the Young Lords and the Black Panthers. The women of GLF were part of the women’s movement, and many were leaders there.

Although we were people who were literally illegal in New York at that time, we took back our streets. We advertised our meetings and dared the police to break them up. For the first time, a drag queen could walk down Christopher Street and not be arrested. And they were welcomed as part of this new movement of inclusion and diversity, where in the past our own community had shunned them.

We protested and created incidents. Some of us were beaten; others were arrested. But we never gave up.

When anyone got arrested, we demonstrated the next day outside the police station.

The similarities between Stonewall and the protests today are obvious. Violence once seen as normal in all its ugliness became unacceptable. A dominating police force would no longer be tolerated. The idea that “This cannot keep happening” led to civil unrest and created a movement for change.

We are at a pivotal time in history, a time of powerful change. We need to embrace the moment and help it spread. We need to be proudly on the front lines.

We can’t be afraid of being arrested. Many of us in 1969 wore our arrests as a badge of honor. After all, our country was born from a revolution.

Those who fought to create this country in 1776 are known as patriots. And the people fighting for change today, the people taking to the streets and demanding that these injustices happen no more, they are patriots, too.

Mark Segal has been an LGBTQ activist since participating in the Stonewall Riots in June 1969. He is one of the original founders of the Gay Liberation Front and created its Gay Youth program. He is also the founder and former president of the National Gay Newspaper Guild and the founder and publisher of Philadelphia Gay News.