The ‘Wicked’ we need 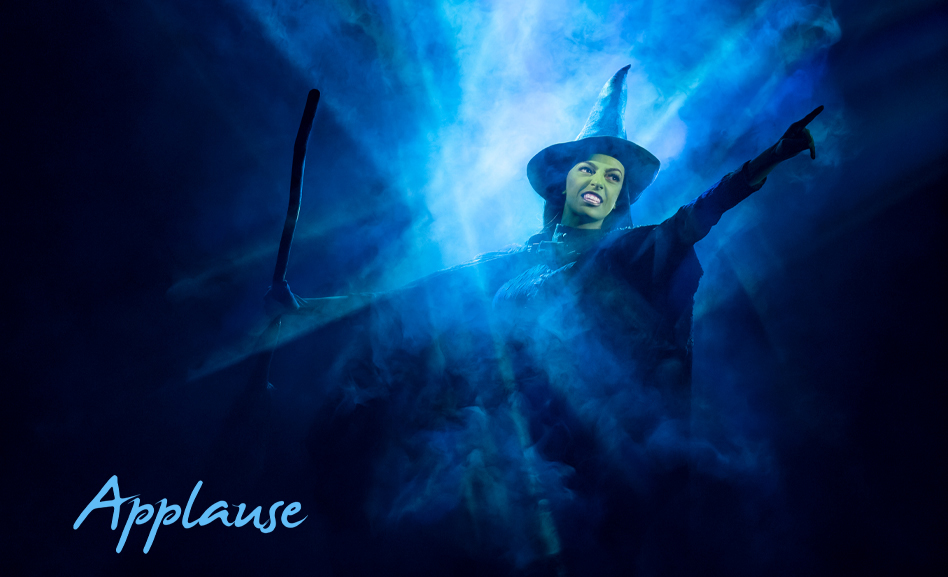 Talia Suskauer as Elphaba in the North American Tour of Wicked. (Photo by Joan Marcus)

I love Wicked and I love going to the theater. So, I am always over the moon to see the former and do the latter.

But seeing the current tour of Wicked at Music Hall at Fair Park as part of this year’s Dallas Summer Musicals felt like a downright revolution. I cried the moment the music began. I just felt so relieved and grateful to be back at the theater and equally thrilled that my first time back in the chute would be with an old favorite.

When the pandemic first locked us all down, I got scared of so many things —d not the least of which was death of the arts. When would I wander the halls of MOMA again? Or see a Broadway show again? Or dance in a mob of fellow concert-goers again?

I feared it could be weeks … then months … then years … then, well, maybe forever.

The arts have all too often been deemed non-essential.

So, when I saw Dallas Summer Musicals was back in full force, I was elated. And being there in my seat, with my daughter at my side just like old times, I was over the moon. Nearly everyone obliged and wore their masks. (Shame on anyone who didn’t. If you can’t follow the rules, stay home.)

There is always a buzz, an energy the air when you attend live theater. There’s something about the excitement of sharing the magic that is the arts with a roomful of strangers. Suddenly those strangers are confidants, co-conspirators, friends even — at least for a few hours.

You laugh and cry together. You feel angry and elated together. You are in the know, experiencing a single moment in time that only those of you there get to experience.

Wicked is a fantastic show. So, I could tell you how magical the costumes are, how brilliant the music, how marvelous the cast, how stellar the set, how thrilling the unfolding of the story — despite knowing every turn by heart — because all of that is true for the current tour now at Music Hall at Fair Park through Sept. 5.

The audience was rapt, from first note to last. They cheered and laughed and shouted and cried. Their faces showed every emotion, from joy to anger to fear.

It was almost as if the rest of the world outside of the theater wasn’t even there or was frozen in time at the very least. The only thing was the lives and loves being played before us.

But you likely already know all of that to be true if you’ve seen the show or heard anything about it at all. You know how fans go to see the show time and time again.  You know how they know every lyric and every line. You know they never tire of the flying monkeys and the animated dragon and the inside jokes.

And this iteration, this tour, this stop lives up to it all. So see it. Buy your tickets. Reserve your seat. Gather your family and friends and go.

We all desperately need the theater right now. We need to be together. We need to share something. And for anyone who has not been vaccinated — here’s yet another reason to do it, to safely be able to gather for the things that make our hearts sing.

I was struck by how akin the story is to our current reality more now than ever perhaps: People scared of change. A false leader behind the curtain who knows nothing and cares only for himself (who thank God is no longer in office). A pretty girl who feigns happiness because that’s what pretty girls are supposed to do. An outsider who seeks change and is forced to flee. Friendships forged and held in secret because the world would never understand.

All the world may be a stage. But a tidy musical it is not. Art imitates life they say. It helps us to see ourselves when we are too embroiled to see the truth. And we need to see.

We need to know that we have everything we need to solve this within ourselves already.

We have only to trust ourselves and use our power.

See Wicked. Sit in the theater with fellow human. Remember why the arts are as vital to our lives as the air we breathe.

See the man behind the curtain. Remember what happens when we stop thinking and start merely dancing through life. It’s the most powerful, joyful, and inspirational wake-up call you could ask for.